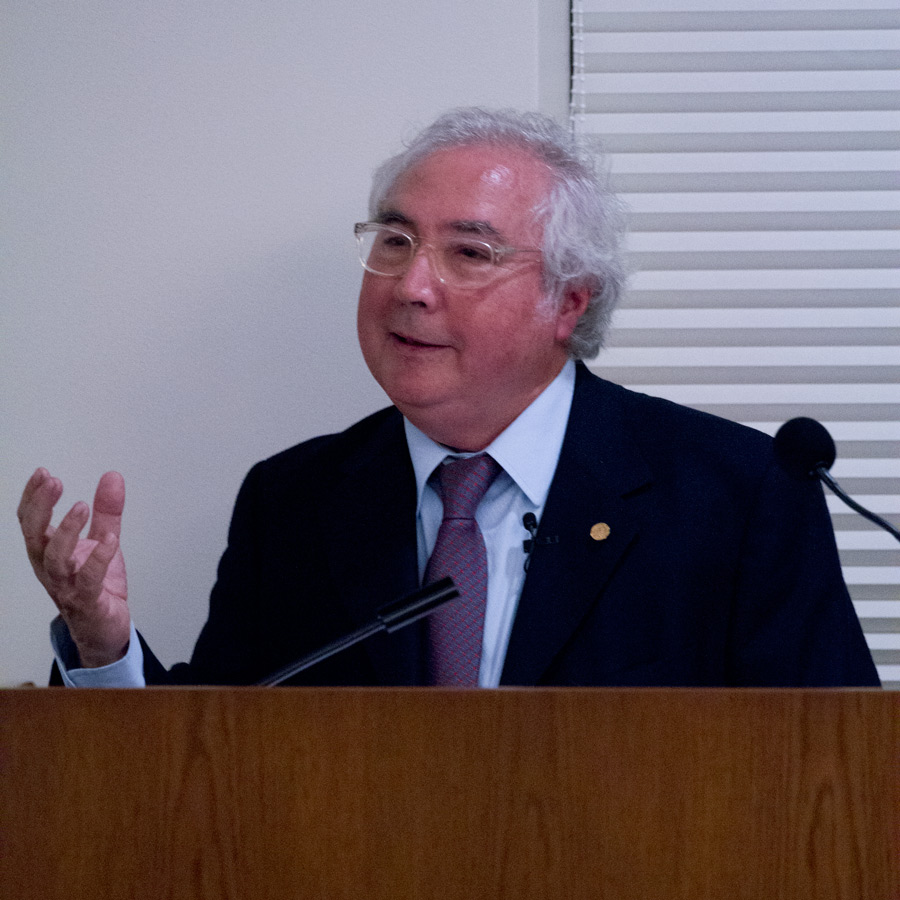 The book examines the impact of the Internet and social media on populist revolts such as the Arab Spring and the Occupy Wall Street movement.

“Throughout history, social movements have been the levers of social change,” Castells said. “They are not the heroes of history, necessarily, they can be the villains, but they are the makers of history.”

Castells noted that while these social movements might take place in strikingly different contexts, they all have similar characteristics. Furthermore, these movements do not occur in isolation, such as how the uprising in Tunisia led to uprisings throughout the Arab world.

“In all the movements there is one word repeated almost literally: dignity,” he said. “That is what we all want: to be respected as human beings.”

Castells dismissed the idea that technology causes uprisings, arguing that such movements have occurred before the advent of the Internet and social media.

Castells noted, however, that changes in technology have profound effects on a movement’s efficacy. He spoke about the role the Internet plays in modern social movements, specifically its ability to unite previously separate networks of people.

“It is this multiplicity of networks that gives modern social movements their power,” Castells said.

He noted they do not need a leader or centralized command because the individual networks can maintain their own members, which thus reduces the vulnerability of the movement.

“The regime cannot go around and simply round up the usual suspects — first of all, because they are not usual, they are new — and second because no one knows who they are,” Castells said.

He also stressed that the fragmentation of leadership protects a movement against the “internal dangers” of bureaucracy and stagnation. Such movements are also incredibly self-reflective because they contain so many distinct voices and opinions.

Castells also spoke about the immense power of going viral, and how the Internet has transformed all movements into global movements. He mentioned the power of images in particular, and the crucial role YouTube plays in modern social movements. Images of brutality and solidarity are particularly powerful because they can evoke the emotions of outrage and hope, which he calls “the most powerful emotions according to neuroscience.”

The ability to influence people’s emotions makes the message of such movements universal, rather than limited to a particular area or issue.

Toward the end of his talk, Castells focused on the “So What?” aspect of social movements. He said that while people can debate the outcomes of these movements, it is impossible to deny their impacts.

“Take, for example, the case of Egypt,” he said. “In one month, it brought down the oldest dictatorship in [the region].”