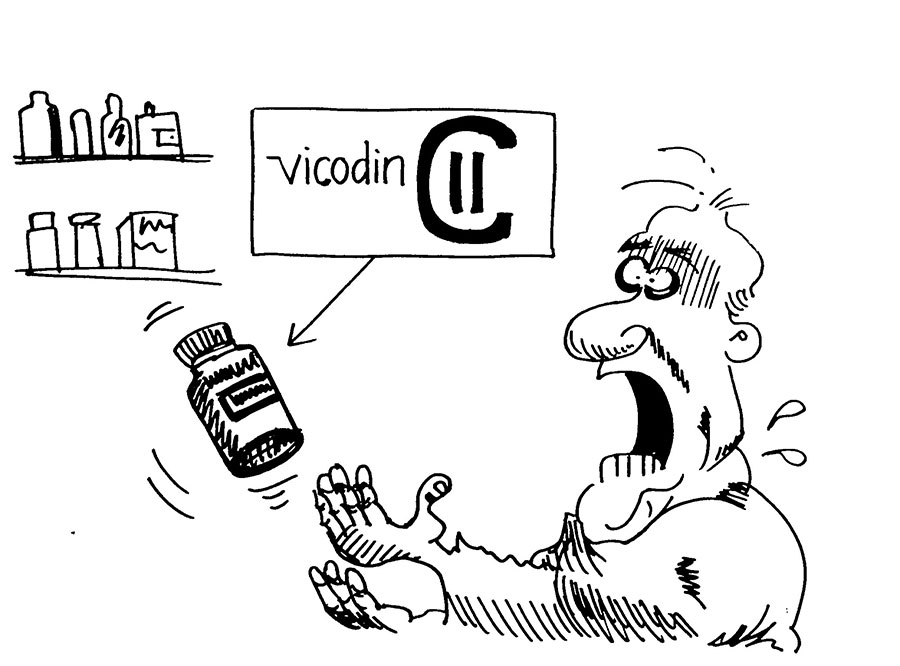 On Aug. 21, the Drug Enforcement Administration increased restrictions on the prescription of hydrocodone, the most common form of painkiller in the country. This marks the completion of the final step in a policy shift — and a step in the right direction. The new rule is one of the most far-reaching efforts to stop the growing epidemic of prescription drug abuse. Hydrocodone combination drugs such as Vicodin, Lortab and their generic counterparts will be joining pure hydrocodone as a Schedule II substance in the Controlled Substances Act, as opposed to their former classification as Schedule III substances, a category for less addictive drugs with known medical purposes. According to The New York Times, under the new rule, physicians won’t be able to call in prescriptions by phone. Patients will have to return to a health care professional to get refills on the same prescription. The policy will go into effect Oct. 5.

Soon, statistics should reflect a reversal of the current situation of substance abuse in the United States. The National Institute on Drug Abuse reported that 5.1 million Americans abused pain relievers in 2010. In addition, more than 20,000 Americans die every year because of prescription drug abuse, according to The New York Times.

According to Rehab International, of all painkillers, Vicodin is the most notorious for seguing to addiction. While its intended use is to treat pain, it also triggers an intense sense of euphoria by releasing dopamine. Overdose can be life-threatening and withdrawal can cause chills, headaches, severe anxiety and insomnia.

Before the DEA policy change, hydrocodone combination substances and other Schedule III substances could be prescribed for a period of 180 days without renewal. The new classification creates regulations for pharmacists, patients and prescribers alike by shortening that time period to 90 days. In addition, all prescriptions must be made in writing, not over the phone.

Strict prescription restrictions for Schedule II drugs aren’t new to the American public. Common ADHD drugs such as Vyvanse and Adderall are placed under this scheduling. Nevertheless, there are opponents claiming that the tighter restrictions will make the prescription harder to obtain for those who truly need it. That is true, but while the restrictions might seem confining, that’s kind of the point.

The vast majority of prescription drug abusers first obtain the drug from friends or family, especially when the addiction starts at a young age. Crackdowns on street dealers won’t make a difference; it’s important to place restrictions on the pharmaceutical delivery of abused drugs.

Yes, it might be more difficult for patients with a legitimate need to access their prescriptions, but in the words of Andrew Kolodny, chief medical officer for rehab center Phoenix House, “If you’re treating someone with a condition so painful they require treatment with a highly addictive drug, that’s someone who should be monitored closely.”

In order for the Controlled Substances Act to function in the way it was intended to function, patients must understand that just because a drug helps them doesn’t mean that it helps others. It also doesn’t mean that the particular drug they started using is the only cure to their pain.

Despite the fact that many of the original classifications were drawn on non-scientific, cultural lines (i.e. the classification of marijuana as a Schedule I drug with high potential for abuse and no medical purpose), lawmakers continue to sit on the throne of the Controlled Substance Act when regulating the medical profession. The act either shouldn’t exist or needs a serious facelift.

For example, the act originally placed Vicodin in the same classification as Tylenol #3 (acetaminophen with codeine). Their classification supposedly signifies that they have less potential for abuse and a currently accepted medical use in the United States. Vicodin, however, is a combination of acetaminophen and hydrocodone that poses a significantly higher risk of emotional and physical dependence than Tylenol. According to a study in the March issue of Academic Emergency Medicine, Vicodin is not superior to it’s safer alternative, Tylenol #3 in dealing with acute pain.

Many substances haven’t been moved from their original classification in 40 years, despite significant advances in medical science. Whether it was the person that dies every 19 minutes from prescription drug overdose or the nearly 8.76 million Americans abusing prescription medication as of 2010, drug abuse finally caught the attention of the Obama administration.

With a little patience from current Vicodin users and vigilance from doctors, this move can help the Controlled Substances Act actually start doing its job: keeping everyone healthy, patients and addicts alike.

Terrorist hostage negotiations should not be an option
Scroll to top