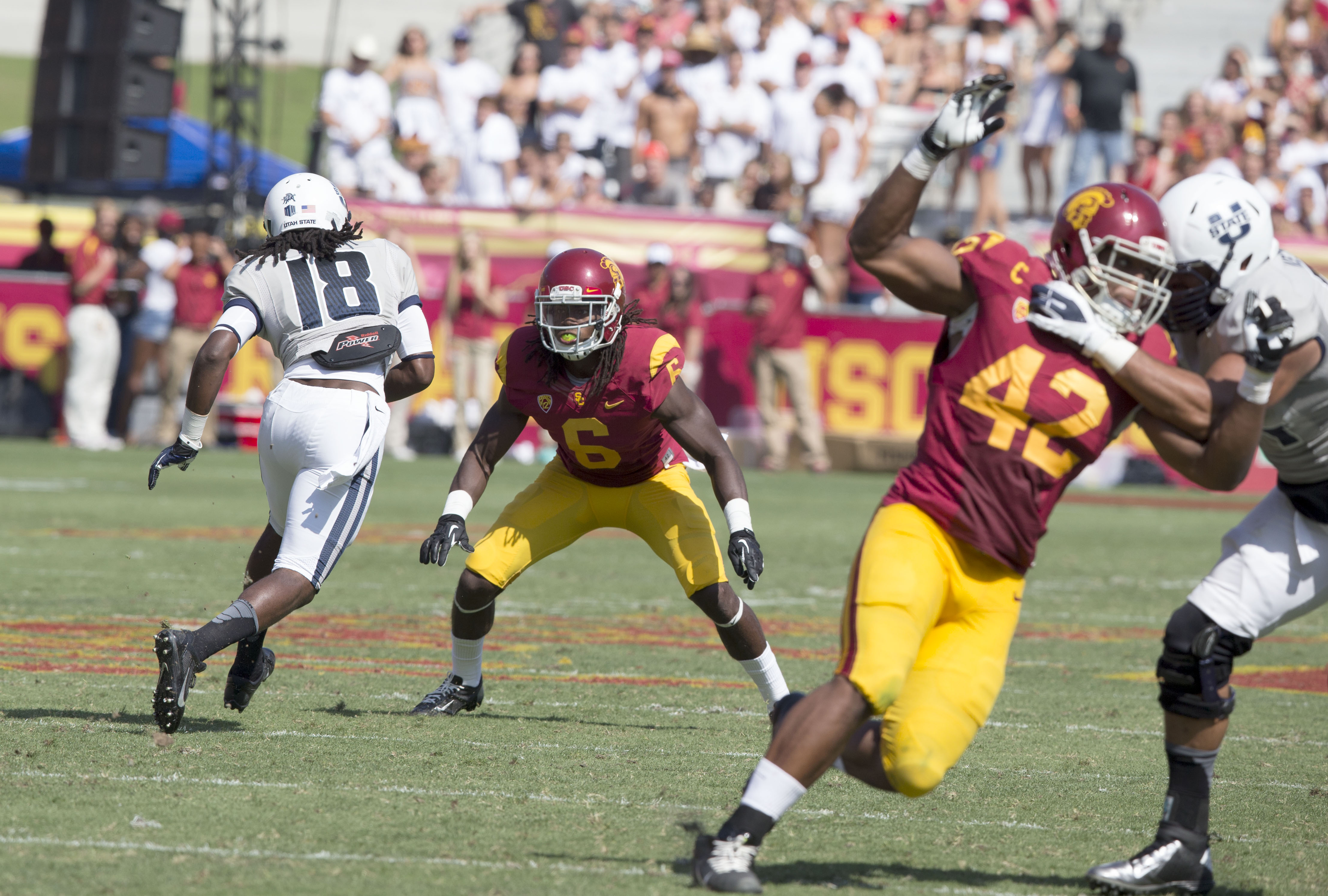 Senior cornerback and co-captain Josh Shaw has been suspended from all football activities indefinitely after he admitted about lying about the nature of the ankle injuries he sustained on Saturday night. Shaw shanks redemption – Senior cornerback Josh Shaw (6) had four interceptions for the Trojans last season and was recently named a team captain. News of his suspension comes three days before the Trojans are set to face Fresno State.

On Sunday, USC Athletics released a statement saying that Shaw was out indefinitely after suffering two high ankle sprains because he leapt from a balcony at a family function in order to save his nephew who was drowning in the pool.

Monday morning at practice, head coach Steve Sarkisian disclosed that USC had received inquiries questioning the validity of the story and that he would look into it.

Still, coaches and players reaffirmed their faith in Shaw’s character, stating that he had always demonstrated good character both on and off the field.

But on Wednesday afternoon, Shaw came to USC’s athletic department and admitted to fabricating the entire story about rescuing his nephew.

“We are extremely disappointed in Josh,” Sarkisian told USCTrojans.com. “He let us all down. As I have said, nothing in his background led us to doubt him when he told us of his injuries, nor did anything after our initial vetting of his story.

“I appreciate that Josh has now admitted that he lied and has apologized. Although this type of behavior is out of character for Josh, it is unacceptable. Honesty and integrity must be at the center of our program. I believe Josh will learn from this. I hope that he will not be defined by this incident, and that the Trojan Family will accept his apology and support him.”

Shaw issued the following statement via his lawyer, Donald Etra: “On Saturday August 23, 2014, I injured myself in a fall. I made up a story about this fall that was untrue. I was wrong to not tell the truth. I apologize to USC for this action on my part. My USC coaches, the USC Athletic Department, and especially coach Sarkisian have all been supportive of me during my college career and for that, I am very grateful.”