New restaurant opens down the road from USC 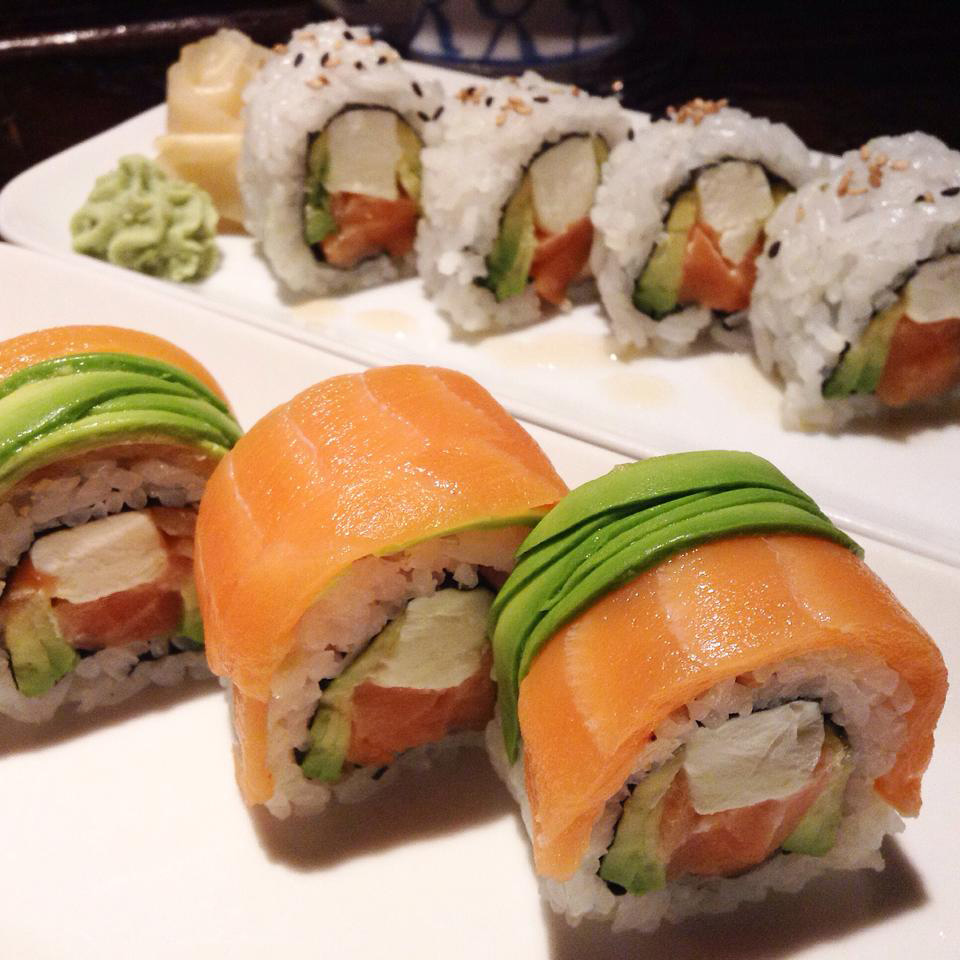 Finding a good Japanese restaurant in USC’s neighborhood has proven to be quite a difficult task, considering students typically end up venturing out to Downtown Los Angeles or other parts of the city when they crave sushi and sashimi. Fortunately, on South Union Avenue and Hoover Street, just a few minutes from campus, the recently opened Ebaes is sure to attract new customers. Bariuma · Ebaes allows USC students and locals to enjoy quality food without venturing too far from their homes. Not to worry if you don’t like sushi ­— Ebaes has traditional ramen and meat dishes as well. – Photo courtesy of Facebook.com

Normally Japanese restaurants are expensive, but Ebaes takes the alternate route and provides its customers with reasonable portions of  food for an extremely manageable, cost effective price.

The decor and music of the restaurant are calming. In addition to the casual ambiance, it is reassuring to know that a fundamental priority of the restaurant is to cater to USC students and locals and provide them with a good experience.

Adding a bit of uniqueness to an otherwise  consistent atmosphere, the water glasses were Mason jars with handles, each with unique colors and different phrases and words, such as “Party Boy,” “Beast” and “Love Heals.”

The amusement doesn’t stop there. Surprisingly, the women’s restroom is full of  entertainment. The walls are covered with comics and images of the popular Japanese cartoon character Hello Kitty. Additionally the wallpaper features numerous photos of celebrity heartthrobs Channing Tatum and Zac Efron.

Owner Eric Bae takes pride in his attempt at distinctiveness,

“It is important to me that USC students feel welcome,” Bae said.

Ebaes was almost located among the student center eateries of UC Irvine, but on the drive home from Irvine, Bae was faced with traffic and decided to stop into USC favorite Bacaro LA. That was when he realized he could not pass up the “for sale” sign in the window between student hotspots Bacaro and Nature’s Brew, and he turned the building into what is now, the up-and-coming Ebaes.

The staff at Ebaes is both helpful and attentive; the service was prompt and each server was able to give valuable suggestions with regard to ordering.

The menu is easy to read and not overwhelming. The food options are efficiently labeled “vegetarian,” “spicy” or “signature” depending on the dish. Every dish brought to the table had superb presentation.

The Flaming Tuna roll, which has two spicy indicators on the menu, is the perfect choice if in the mood for a zesty adventure. Inside the roll is a fiery tuna and chili, and to top it off, the sushi comes with even more tuna, avocado and jalapeño slices. Interestingly, the menu also features a roll topped with peppery tuna and filled with crunchy potato chips. This culinary masterpiece is called the Idaho roll and is an Ebaes signature plate.

A Trojan roll also appears on the menu. The roll is a staff favorite and consists of an intense combination of cream cheese, avocado, tempura shrimp and crabmeat all topped with  spicy tuna. This roll is so big that it might even require two bites.

If sushi doesn’t sound appealing, don’t worry — Ebaes has a wide selection of non-sushi entree items as well. From a salad selection to several different forms of ramen, a few rice and noodle dishes and chicken-based items such as curry and Korean barbeque chicken wings, Ebaes covers all bases.

A signature dish called “The Original Ebaes Ramen” came to the table steaming, filling the air with a mouthwatering aroma. The kitchen provides a sizeable list of toppings for the ramen dishes, such as egg, chicken, chili paste, fried onions and green chilli butter.

To entice patrons, Ebaes provides customers with a complimentary Thai tea upon checking in to Ebaes on Yelp. This is a business focused on the customers and wants every customers experience  to be a priority.

Ebaes is exactly what USC needs. The food was delectable, and the atmosphere was enchanting and desirable. With its prime location and impressive offerings, Ebaes will become a USC favorite in a flash.