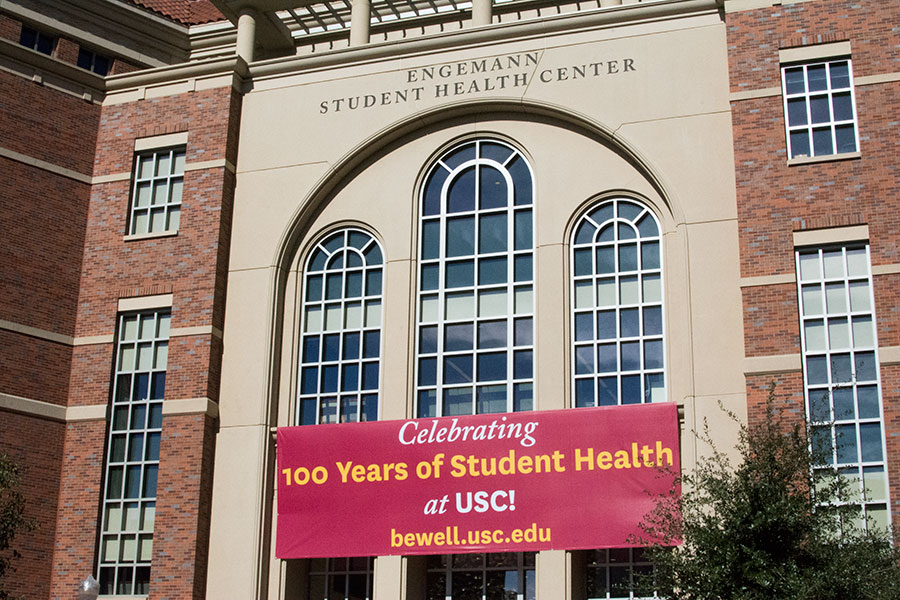 The Center for Women and Men held a open house at their new location in the Engemann Student Health Center on Friday. The Center was previously located in the Student Union but moved to the third floor of Engemann this October. According to Vice Provost for Student Affairs Ainsley Carry, plans for the move began last year after funding was secured. Construction took place over this past summer in the previously empty space in Engemann, which itself has only been in operation since spring of 2013. New facility · The Center for Women and Men has relocated from its prior space in the Student Union to the Engemann Student Health Center. – Mariya Dondonyan | Daily Trojan

Ekta Kumar, who previously worked at the Loyola University Maryland counseling center, was named director of the Center. Kumar started her position in late July of this year. In addition to her administrative duties as director, Kumar also counsels students herself and takes them to appointments and Title IX meetings.

“My role as director is to provide a vision for the Center and to make sure we have good relationships with our students and staff, and help with programming and prevention,” Kumar said.

Kumar said the new location is meant to improve the communication with students about the resources that are available on campus.

“My hope is to get students to know more about our services. So they know that if they need to go to the hospital, they have someone who can go with them,” she said.

According to Kumar, the Center has been seeing clients for about three weeks since it moved.

“We were literally closed for three days to unpack and pack. We’ve been seeing clients since then, “ she said.

The open house event catered lunch in the conference room, handed out shirts that read “Keep Calm and Get Consent” on the front and “USC Men Care” on the back and gave attendees the chance to write encouraging messages on a white board and pose for photos. The office features five therapy rooms, the conference room to hold group therapy sessions and a full waiting room. The open house was attended by students, faculty and staff from different departments and floors.

Nadja Barlera, an undecided sophomore, attended the open house event. Barlera, who found out about the event through Facebook, believes the new Center is a great improvement over the former location. As a volunteer for Visions and Voices, Barlera had visited the old location to disperse fliers. She described the old office as cramped; she remembered it as mostly being one big room that was broken off into smaller partitions with plastic walls, like cubicles. The open house event was the first time Barlera had seen the new office.

“I think it’s cool to just have a space for people to hang out in this little reception area,” Barlera said. “We didn’t have that before. So now people can just come in here and talk. It’s also easier for the people who work here to do their jobs.”

Barlera said she thought it was a good idea to place the new office in Engemann due to its proximity to other health-related services.

“It seems like it’s good that it’s near the other counseling centers. General student counseling is right across the hall,“ she said.

Lynette Merriman, assistant provost for student affairs, also commended the convenience of the Center’s new location, which she believes will foster collaboration between different student support programs in terms of outreach partnerships and joint reporting. She mentioned that the full potential of the Center has yet to be realized.

“There currently are two vacant positions, and we are looking for highly qualified staff,“ Merriman said.

The Center for Women and Men is currently accepting appointments made over the phone. According to Kumar, the Center will eventually offer walk-in hours once there is a full staff established.