Diversity courses do not reflect inclusivity 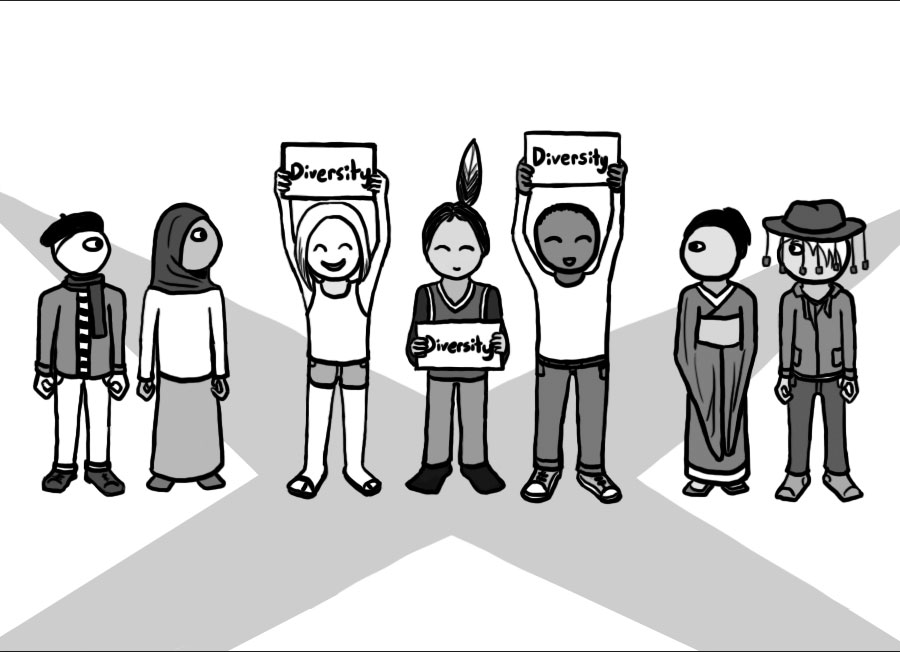 For the first time in 13 years, USC has lost its title to NYU as the lead university with the most international students, according to the Institute of International Education’s 2014 Open Door report released last Monday. The news of a falter in the longstanding tradition of inclusivity should spark conversations about diversity on campus, especially with regard to the school’s curriculum. Few USC classes, for both the General Education Program and major courseworks, fulfill the diversity requirement. The bigger issue, however, is that even the courses that do fulfill the requirement do not fully promote inclusive diversity — for Asian cultures, in particular.

For example, of the 16 courses offered for GE Category I (Western Cultures and Traditions) credit in Spring 2015, only two qualify for the diversity requirement. One of these is The American Experience (HIST-100gm), described on the USC Schedule of Classes as exploring the “patterns of American development from Colonial times to the present.” It is possible, perhaps, that the course is geared towards international students. But the fact that it is one of the only GE courses that fulfills the diversity requirement suggests that it, in practice, serves as a cop-out “diversity” course taken by U.S.-born students.

The problem is exacerbated by the fact that other GE courses that explore different aspects of diversity, such as GE I’s Jewish History (JS-100g), do not fulfill the requirement.

Certain communities are also excluded. The GE Category II (Global Cultures and Traditions) requirement for next semester encompasses 18 courses, including Japanese Civilization , Race and Sexual Politics in Southeast Asia (ANTH-250g) and East Asian Societies (EASC-150g). But again, only two of these courses fulfill the diversity requirement — Peoples and Cultures of the Americas (AMST-135gm) and the African Diaspora (AMST-250gm). It seems unfair that classes based entirely on Asian cultures do not qualify for the diversity requirement. Why should the Filipino, Japanese, Chinese, Korean, Pacific Islander and Indian communities be excluded from the conversation about diversity — especially since 23 percent of the USC student population is Asian?

When considering that Asians play an increasingly profound role in the demographics of campus and the United States as a whole, the issue becomes all the more critical. Data from a 2013 U.S. Census report predicts that the Asian and Hispanic community will soon become majority groups in the United States — and according to the Associated Press, such a shift could happen as early as 2043.

“The fact that we’re going to be the majority just shows that people need to understand where we’re coming from,” said Cindy Le, finance director of the Student Coalition for Asian Pacific Empowerment. “If people don’t understand where we come from, all these microaggressions will keep happening. Racism is still very ingrained in our system and no one is consciously aware of it because they’re not educated about it.”

The problem applies to various Asian communities. Take, for example, the Indian community. Though there are courses in the GE II requirement about Russian, Korean, Chinese and Japanese civilizations, there are no GE II courses directly about India, even though it harbors 17.5 percent of the world’s population. In fact, in the entirety of the USC curriculum, while there is one course on Southeast Asia and one on South Asia, there are no classes at USC just concerning India for Spring 2015. Considering the proliferation of Indian and Indian-American students at USC, this is startling and a little confusing.

The disparity between USC’s demographics and its curriculum might take root in a larger issue about diversity on campus. Though USC touts one of the most impressive demographics (23 percent Asian, 13 percent Hispanic, 4 percent Black or African-American, 9 percent other minorities and a whopping 13 percent international students), self-segregation on campus greatly reduces the benefits that come from going to school with so many different kinds of people.

Perhaps stereotypes and racial prejudices that still present themselves on campus are due to students who are products of a society of internalized racism. Perhaps they simply don’t know any better. Or maybe, just maybe, they are not receiving an education with enough diversity. It is not enough to teach someone about the history of another country or learn about the experiences of other peoples. Diversity comes from challenging the misconceptions that we have about other groups, be it racial, economic, political or otherwise.

This goes for not just USC, but other schools planning to do the same. Last Thursday, UCLA’s Legislative Assembly gave final approval to institute a diversity requirement. As our crosstown rival’s drive for diversity shows, such an initiative has unbridled potential to instill a greater appreciation for other cultures and change the way that students think  — but only if implemented correctly, with a good variety of classes.

It is not wrong to want more from this campus, and it is not wrong to want a campus that yields diversity not just in numbers, but also in ideas. If USC prides itself on diversity, then it must commit — to both admitting people from different backgrounds and fostering a classroom environment that allows them to question their own assumptions about other people as well.