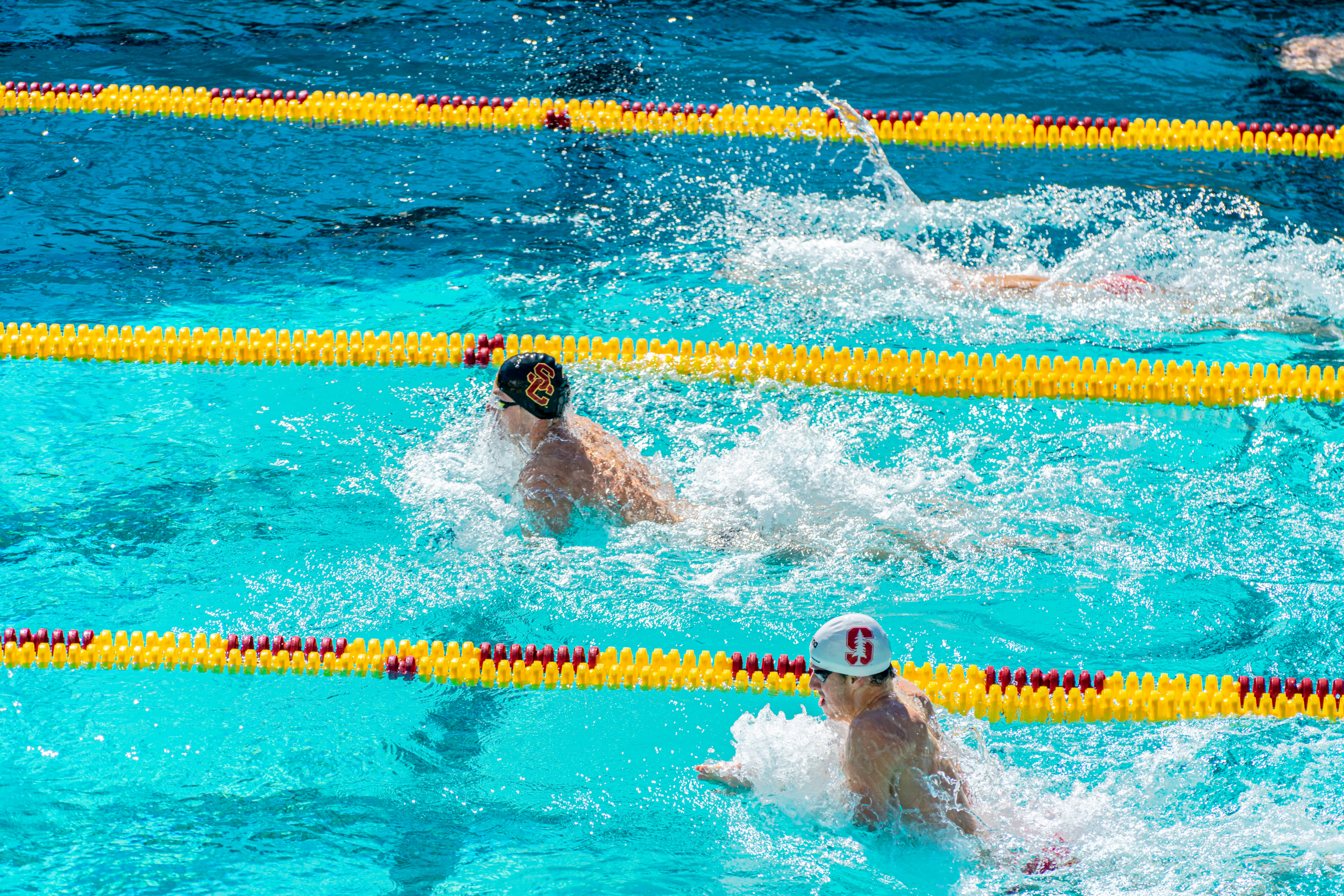 USC men’s swim will compete in the NCAA Championships March 23 through 26. Nine Trojan qualifiers will head to the team’s final competition of the season.

“The most important thing is we did the main work first semester,” Sancov said. “We do the main block of training starting from August all the way through the end of December leading to mid-January. Then, it’s all into little details. Closer to NCAAs, we reduce intensity and yardage, but we focus on small things like turns and starts.”

The Pac-12 Championship meets earlier in March brought personal records as well as school records and proved to be a confidence booster for swimmers competing in the NCAA Championships.

Sancov said that he looks forward to the NCAA Championships as an opportunity to showcase all of the work the team has put in this year. According to Sancov, the Trojans suffered last season because of uncertainty regarding the coronavirus pandemic, so this season has been a change of pace for the team.

The Trojans have welcomed this season’s increased stability.

“Compared to last year, this year, [we are] definitely more confident, and that shows in the amount of people that qualified for NCAAs,” Sancov said. “Last year, we had two guys swim individuals, and this year we have [nine]. The difference compared with last year is going to be very, very drastic in a good way.”

The Trojans will travel to Atlanta for the NCAA meets from March 23 to 26.