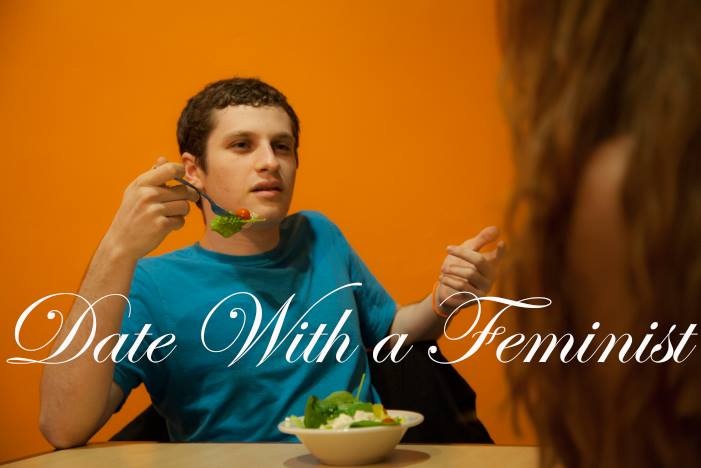 When he’s not rapping or making beats, the twenty-year old Pitzer College sophomore is debating sociological issues with friends or in class, studying creative writing and media studies. Over the last few years, Frak, also known as Alex Fraknoi, has become increasingly successful at translating his trademark artistic honesty into cultural relevance. His latest single, “Date With a Feminist,” takes this trend to new heights. The song, released on Soundcloud on February 12, is a hilarious, and uncannily perceptive depiction of college life.

Frak’s unique relationship with rap can be traced to his initial experiences with the genre. His first heavy doses of rap music came from his classmates’ Bar Mitzvah parties in San Francisco. From the get-go, Frak’s understanding of the  art form demanded the reconciliation of incongruous ideas. Frak said he remembers inappropriately dancing and singing along to the songs of rappers like of Lil Jon and T-Pain.

“It was highly explicit stuff, and it was culture shock to a little Jewish boy,” Frak said.

In the subsequent years, Frak said he discovered the genre could also include substantive and thoughtful artists. Kanye West’s “The College Dropout,” in particular, ignited his love for the art form. Rap served as a window into unfamiliar worlds for young Frak, considering his upbringing as an upper-middle class white kid in San Francisco. In fact, the multiculturalism of rap may have had a significant impact on his worldview.

“Going to an all Jewish middle school made me want to immediately diversify my friend group in high school, almost calculatedly. I almost had two friends of every race. It was like Noah’s ark,” Frak said.

“We made very positive music about big concepts like unity and war and stuff that we didn’t fully understand, but we just wanted to put something positive into the world. Since then my style has tried to capture broader issues but with very personal storytelling,” Frak said.

His latest single, “Date With a Feminist,” not only displays his storytelling prowess, but also demonstrates that he can tell stories that matter to his generation. The tableaus he presents in the song, from a college pre-game, to the painfully awkward dance floor at a party, to the cafeteria the next day, will likely strike chords of familiarity with many college students. These scenes highlight the paradox of the contemporary college experience, where students are often painfully aware of the power structures behind their extra-curricular debauchery.

Prominent publications like The New York Times print exposés on “hookup culture,” and the constant barrage of Huffington Post College posts shows that these issues matter to students too. However, these articles can sometimes have a holier-than-thou tone, originating from concerned middle aged parents on one side and young people who feel victimized by contemporary social systems on the other.

Frak, on the other hand, eloquently explores the same issues through the lens of lived experience, striving to be as non-judgmental as possible.

“Although it’s very honest, I also think it has academic qualities to it,” Frak said of the song.

Indeed, the song is successful in that it marries academic thinking with pop culture sensibilities, while remaining almost uncomfortably genuine.

At the age of thirteen, Frak was forced to consider how Flo Rida and “freaking” had somehow become part of the Jewish rite of passage. Today, Frak explores more grown up versions of similar cultural discrepancies. But unlike the wide-eyed thirteen year old on the dance floor at the St. Regis in San Francisco, the sweaty, stoned artist on the dance floor at Pitzer is really saying something, and people are starting to listen.

Ben Schneider is a freshman majoring in international relations and English. His blog, “The Way We Live Now,” runs Tuesdays.