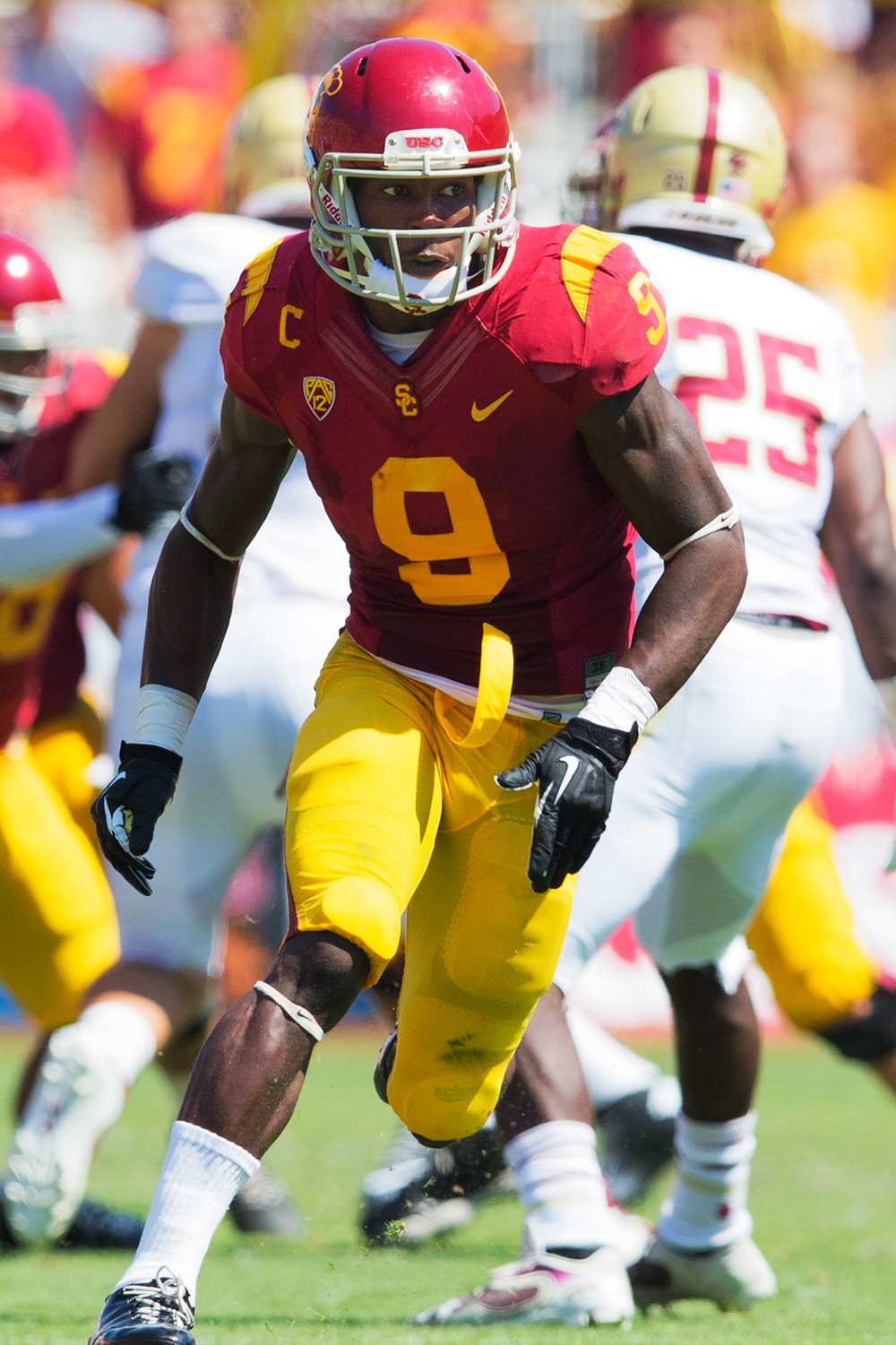 The dog days of spring — so-called because of the lack of football — are upon us.

But, for the die-hard fans out there, there’s still something to keep you going through the long, gameless weeks: The NFL draft. Several Trojans are in the mix this spring, and through the East/West Shrine Game, the Senior Bowl and the Mecca of all pre-draft workouts, the NFL Combine in Indianapolis, let’s see how they did: Everyone’s favorite Trojan Marqise Lee had no chance of taking over Clemson’s Sammy Watkins as the No. 1 receiver, but his appearance at the combine was necessary to hold off quickly rising Texas A&M star Mike Evans. He was by far the most impressive Trojan at the combine, performing well in all the athletically demonstrative drills. His only blemish was his relatively slow 4.52 40-yard dash, which was disappointing because he was expected to challenge the fastest time at the event (4.27, set by Marquise Goodwin in 2013). Luckily for Lee, he can erase this with a faster time at his Pro Day.

The linebacker-turned-safety will probably be the second Trojan to hear his name called in the draft, after Marqise Lee. Like most of his teammates, his numbers at the combine failed to jump off the page, also failing to shift him out of his position among the top five to 10 safeties, making him just as noteworthy after the combine as he was before. Still, a 4.66 40-yard dash is very respectable for a hard-hitting safety, and with a less-than-stellar safety class in this year’s draft, Bailey should find himself being selected in the upper middle rounds of the draft.

The high-upside offensive lineman didn’t participate in many drills aside from the bench press, likely due to the knee injury he suffered toward the end of the football season. But he failed to impress even on the bench press, only busting out 23 reps. Hopefully for Martin, talent evaluators will give him a pass on his injury and take him high in the draft.

Kennard had to turn heads at the combine to differentiate himself from the rest of the linebacking group in this year’s draft. Although he did fairly well with a 4.7 40-yard dash and an impressive 4.32 second 20-yard shuttle, none of his numbers blew scouts away. Kennard will have to impress at his Pro Day to move up on the draft boards. As long as he does nothing to hurt his draft stock from now until May 8, he should get drafted.

USC will be at a huge loss this fall without the interior presence of Uko. Though he proved his worth to the Trojans, he still had to generate the same kind of respect among NFL front offices. Like Kennard though, he did well in the athleticism drills but, posted a very poor 18 reps for a 6-foot-3 275 mammoth. He was a solid middle-of-the-draft option before the combine, but if he doesn’t improve on Pro Day, there’s a chance that he won’t get drafted at all.

Many fans around campus grumbled when Grimble opted to leave early for the draft, especially because football aficionados knew that he wouldn’t be viewed too favorably after lackluster production in college. He didn’t perform particularly well in any area, leaving him amongst the masses of aspiring professional tight ends.

Not much was expected of Penn State transfer, Silas Redd, and he matched those low expectations, posting a 4.68 40-yard dash time, slow for the running back position. Though he did post a respectable 18 reps in the 225-pound bench press, scouts will look at his tape to see unimpressive footage from his senior year, and likely advise their general managers not to select him in the draft.