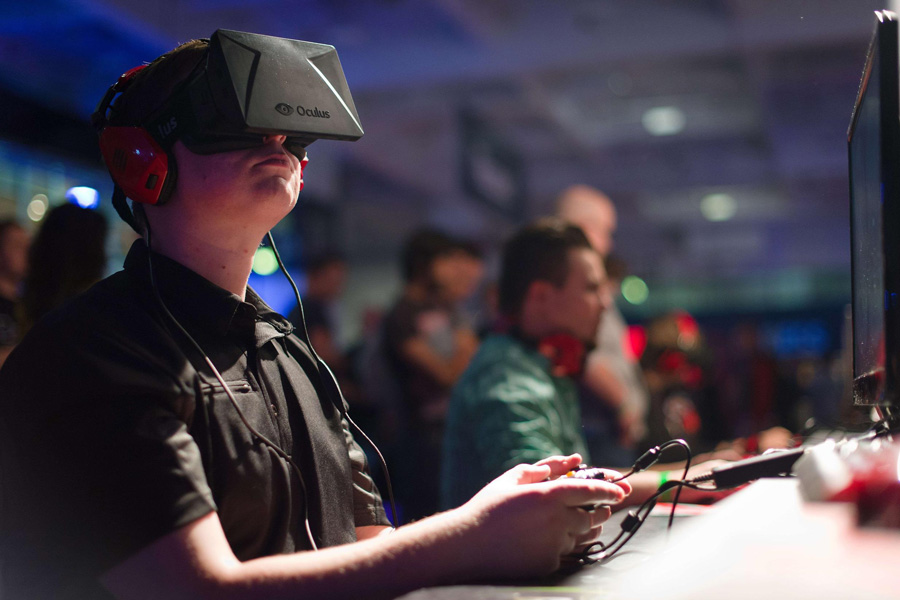 Is virtual reality the next arms race in entertainment technology? Facebook certainly seems to think so. Shortly after Oculus VR opened up pre-orders for the Rift Development Kit 2 and Sony’s revelation of Project Morpheus, a virtual reality headset that would sync with Playstation 4, the social media conglomerate bought the tech upstart for $2 billion, a remarkable amount considering just two years ago Oculus VR was asking for $250,000 on Kickstarter and ended up with $2.5M.

There’s good reason for Facebook to invest: Not until the Oculus Rift did the idea of a marketable and approachable VR-device seem viable, or at least practical. Bring up a virtual reality gaming device and the first thought, unfortunately, goes to the Nintendo Virtual Boy, which was nothing short of a disaster and has put a permanent mark on the idea of a commercial virtual reality device.

Nintendo’s Virtual Boy failed because it made every single mistake a VR-device could do: It was difficult to wear, the graphics were dreadful, the battery life was miniscule and Nintendo even had a warning on the device recommending not to spend more than 30 minutes playing a game. Considering that the graphics were the equivalent of staring at red lasers, eye strain was to be expected.

The Oculus Rift has been a niche hit among game developers and programmers. Since it’s still in the prototype stage, a person can’t just easily plug it into his or her PC and play it right away. Someone has to know how to program to get it to work, which is great for people who know how to code but has kept it from mass adoption.

The Dev Kit 2 does introduce many great amenities, such as 1080p resolution, head-tracking for Z-dimensional immersion and display technologies that help to prevent motion sickness. It’s still not close to being a “commercial” product as much as a developmental product.

Therefore, a $2 billion evaluation for a company that hasn’t even released a retail product yet might seem a bit ridiculous, even reckless, on the part of Facebook. In the deal’s press release, however, Facebook CEO Mark Zuckerberg stated  that the company is looking beyond the gaming capabilities of the device and looking ahead at the potential of virtual reality, especially in the field of social media.

The Oculus Rift has already expanded beyond game immersion and into literal VR-simulations, both practical and experimental. The U.S. Navy has been developing the Enhanced Environment for Communication and Collaboration (codenamed BlueShark) right here at USC’s Institute for Creative Technologies, with the intent to explore future immersive technology. Facebook’s interest in the company shows that it believes that the next stage of interaction is in the virtual field.

Of course, competition begets products trying to improve over each other. Sony’s Project Morpheus already has the infrastructure with the PlayStation Move and Camera, which means that they already have a virtual environment. Microsoft responded to the announcement of Project Morpheus and Facebook’s acquisition of Oculus VR by saying that they’ve been working on VR-technology for years and recently purchased a company that specializes in augmented-reality headsets. Google already has Google Glass, which has used augmented reality for both exploratory and entertainment purposes.

The presence of Facebook with Oculus had a generally negative response from the gaming community, with many fearing that the company will distract Oculus from its original goal of creating a genuine VR-gaming experience. Though Zuckerberg has stated that the company will continue to focus on gaming, the writing’s on the wall that virtual reality is eventually going to have to move beyond being a gaming gimmick.

All of these companies have to once and for all convince a skeptical public that wearing a device on one’s face is not only a necessary but a compelling reason to dive into the virtual world. Beyond factors such as price, weight and wide developmental support, it will remain to be seen if VR can overcome those drawbacks and push entertainment and social interaction into the next dimension.

Society should re-evaluate gender roles among youth
Scroll to top