Q&A Gerald Washington now fighting on in the ring 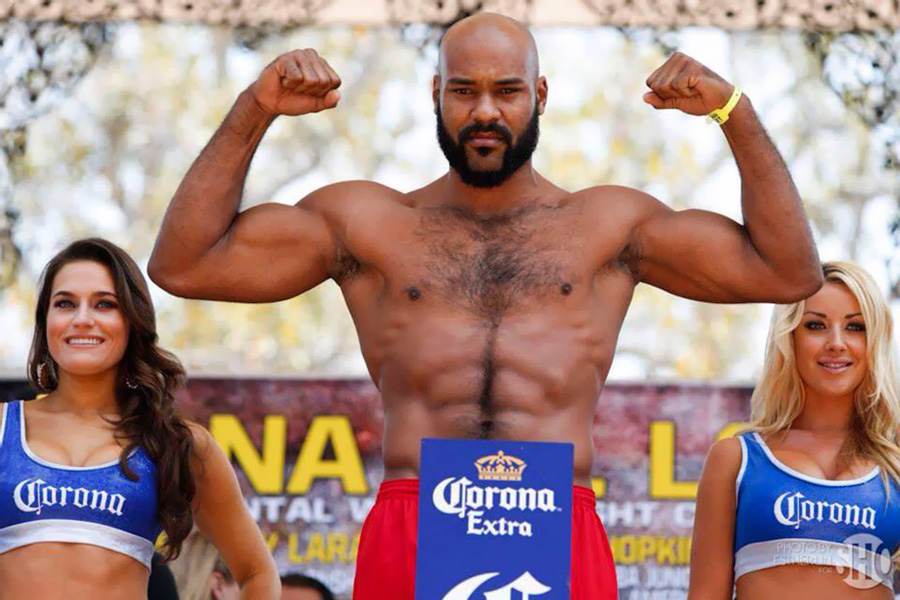 As a reserve tight end and defensive end for Pete Carroll’s USC Trojans from 2006-2008, Gerald Washington won three consecutive Rose Bowl titles. Now, after a short stint in the NFL, Washington has embarked on a remarkably successful career in professional boxing. The 6’6” heavyweight is 11-0 with eight knockouts in his young career, and is signed by legendary manager Al Haymon, best known for his work with Floyd Mayweather. Daily Trojan Sports Editor Will Hanley sat down with Washington yesterday to discuss his time as a Trojan and his upcoming April 3 bout. DT: How did you get into boxing as a kid?

Washington: I started boxing at the Boys & Girls Club in Vallejo. It was an after-school program, so you could just stay there and do your homework and then do the activities. There’s a gym in the back, and that’s where I started boxing.

DT: What made you give up the sport later?

Washington: I wanted to go into the service. I had four years of ROTC in high school, so after high school I pursued a military career.

DT: After your time in the Navy you began your football career at the junior college level before moving on to USC. What was your most memorable moment as a Trojan?

Washington: Just the day-to-day stuff, you know? All the work ethic I learned at the school, going out there under Coach [Pete] Carroll and learning how to compete. I used to always love walking into the stadium, doing the Trojan walk. That was always one of my favorite parts.

DT: After you played in the NFL for a bit you got back into boxing. What made you get back into the ring?

Washington: At first one of my friends from USC, Dominique Wise, told me about this program and that sparked an interest for me. I tried to get into the program, but they said I was too old. So I started boxing on my own, just using it to work out, then I started competing and sparring and stuff like that. I started doing well and then I just fell back in love with boxing and just ran with it from there.

DT: Were there any football skills that you learned that translated well into boxing?

Washington: I just have a strength that no other boxer has because of my football career. I’ll be stronger than any other boxer in the ring because of the way we worked out there at USC, and I’m able to use that and carry it over into boxing.

DT: Where does your career stand and when’s your next fight?

Washington: I’m fighting on April 3 at the Fantasy Springs Casino in Indio, Calif. I’m fighting this guy named Skipp Scott, he’s 6’8”, 270 lbs. His record is 16-1 with 10 KOs. Beyond that we take it one at a time, so after I’m done with this fight we’ll schedule the next one.

DT: Your nickname, “El Gallo Negro,” is unique. What’s the story behind the name?

Washington: I’m half Mexican, my mother is from Mexico, and the rooster is a fighting bird. I’m half black and half Mexican, so really I just put those two together. I grew up in Vallejo, Calif., but in eighth grade I went to school down in Mexico. So I speak Spanish, I’m bilingual, and that’s how that all came together.

DT: Your manager Al Haymon is a pretty well-known figure in the boxing world. What has it been like working with him?

Washington: It’s been great. This will be my third scheduled television bout and my career is moving along very well. I have a great trainer in John Pullman and they’re keeping my career very active and allowing me to move up the rankings faster.

DT: How is USC still helping you achieve your goals?

Washington: I’m just trying to get support from my Trojan family, you know. I love to have my people behind me. Chris Arreola and Bermane Stiverne will be fighting for the [WBC] world heavyweight title there at the Galen Center on May 10. I would love to stack the stadium with Trojans and be able to fight for the title there one day. I definitely want to keep in touch with you guys and keep it going, because I definitely want my Trojan family there behind me. I’m trying to get as many supporters out to the fight as I can. And I’ll be wearing USC, right there embroidered in my shorts.

DT: Lastly, what are your expectations for the USC football team next season?

Washington: I just look forward to Steve Sarkisian working with the team and bringing his magic back. I know that he’s all about business and they’re gonna do well and get the job done.

Trojans breeze through another practice