Trojans travel to Malibu for rematch with Waves 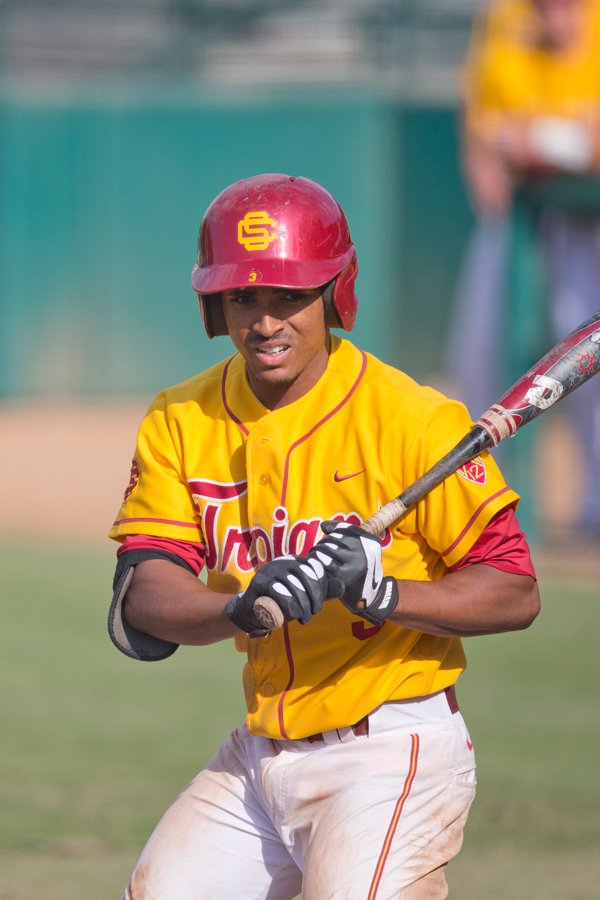 USC baseball broke its five-game conference losing streak this past Sunday with an impressive 8-7 victory over the Arizona State Sun Devils at Packard Stadium in Tempe, Ariz. The Trojans faced tough losses during the first two games of the series, falling 5-3 on Friday and 10-9 in eleven innings on Saturday. Though the Trojans missed a few key opportunities that could have altered the ending to Friday and Saturday’s games, USC head coach Dan Hubbs feels that last weekend’s series represents a dramatic improvement in terms of clutch hitting and scoring runs.

“Sunday we scored all eight runs in the first five innings, which isn’t something we’ve been able to do recently,” Hubbs said. “Usually we’re battling from behind, trying to get big hits in the eighth or ninth inning. Now, instead of trying to let the game come to us, we need to start trying to force teams into mistakes and be a little bit more aggressive; that way, we can continue to put innings together like we did Sunday.”

On both Saturday and Sunday, the Trojans’ hit total reached double figures. On Sunday, they managed to make eight runs out of 15 hits. Junior infielder Dante Flores had the most notable performance during Sunday’s match, going 3-5 at the plate as well as driving in two  runs for the Trojans.

Hubbs believes the progress in team hitting has come from an improvement in the team’s confidence when entering the batter’s box.

“It’s taken some time for the kids to develop a bit of an identity and offense, but we managed to find that this weekend,” Hubbs said. “We had some big hits during important moments and a lot of that has to do with mentality when they come up to the plate.”

Hoping to continue with their new hitting success, the Trojans will travel to Malibu, Calif. today to take on the Pepperdine Waves for the second time this season. USC lost 10-4 to Pepperdine during the two teams’ first meeting at Dedeaux Field exactly four weeks ago.

Pepperdine currently boasts a 24-7 overall record, including a 13-4 record at home, and holds a .286 team batting average, as well as a 2.24 team ERA this season. The Waves are also riding a seven-game winning streak that  includes series sweeps of Saint Mary’s and Portland as well as a lose 4-3 victory over UC Irvine.

Despite the Waves’ impressive record and top-notch pitching staff, Hubbs feels the Trojans can compete if they play to their full potential and trust their instincts.

“We know that we can beat a good team on the road; we’ve proven that time and time again,” Hubbs said. “We know that we can come back against anyone. Now, we just need to try to continue that against a very good Pepperdine team tomorrow, whose pitchers hardly give up anything. It’ll be a good test for us to see how far we’ve come offensively.”

Sophomore pitcher Brett Wheatley will start on the mound for the Trojans today.

Hubbs emphasizes the importance of a strong start against Pepperdine and the need for more consistency among the Trojans’ starting nine.

“One of the most frustrating parts of the past few weeks has been our lack of quality starts, which has really impacted and tired out our bullpen,” Hubbs said. “Normally a bullpen gets seven to eight innings per weekend and ours gets 20. If we get a good start tonight and do what we’re capable of doing, it’s going to be a tight and low-scoring game.”

Haralabidis twins are making a splash

Helton is key to the Trojans’ success
Scroll to top