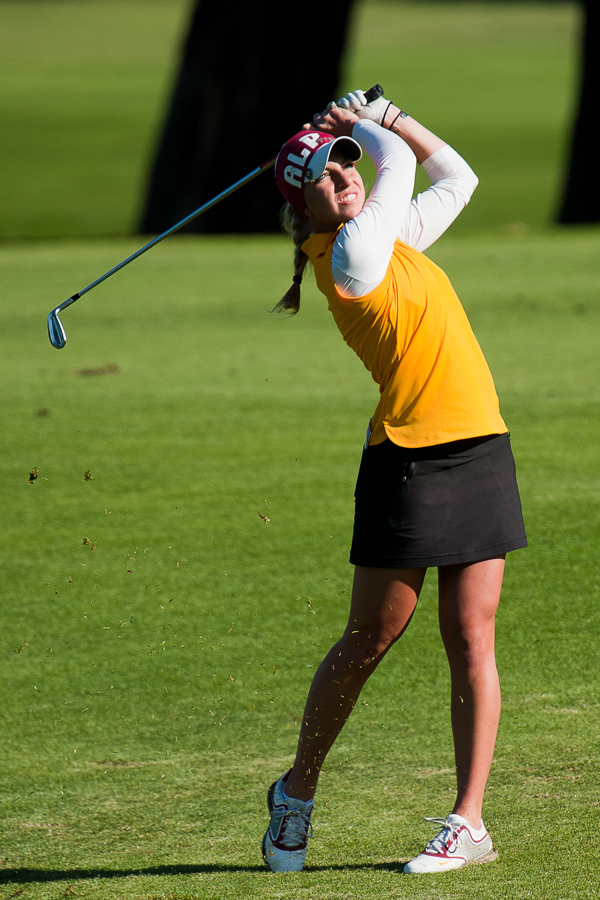 The USC golf programs will venture into familiar territory in the next few weeks as they each chase an NCAA championship. The women’s team  has defended its 2013 national title with a historically impressive season,  and will begin postseason play on May 8 in Suncadia, Wash. The No. 1 Women of Troy are the top seed in the West region, and will look to win their fifth consecutive regional title. Though USC will certainly be the team to beat as the tournament progresses, its path will not be easy. The deep field consists of 72 teams across three regions, forcing any title contender to be on its game.

Outside of the West region, No. 2 UCLA will serve as the top seed in the central region. Also in the central will be Pac-12 opponents Arizona, California and Colorado. Seventh-ranked Stanford, who upset USC for the Pac-12 championship, will be the conference’s lone representative in the east region.

It has been a balanced effort for the Women of Troy of late, as the team has had four different top scorers in their last four events. Reigning NCAA individual champion Annie Park has been excellent this season, winning one event and leading the team in stroke average. The sophomore has placed in the top 10 in each of her last two tournaments. Junior Doris Chen, freshman Karen Chung, sophomore Kyung Kim and senior Sophia Popov have also been strong. Popov, a communication major with a 3.53 cumulative GPA, was recently named the Pac-12 women’s golf Scholar-Athlete of the Year.

Head coach Andrea Gaston feels that her team is still hungry, even after an unprecedented amount of success over the past two seasons.

“It’s never easy having a target on your back,” Gaston said. “But I believe our players embrace the challenge. They want to win every tournament we compete in.”

On the men’s side, the NCAA championship picture is not as clear. After a fifth-place finish at the Pac-12 championships, the No. 21 Trojans must wait until May 5 to learn their postseason fate. Considering USC is ranked in the top 25, head coach Chris Zambri is confident his team will receive a favorable at-large bid.

“We know we will be selected to go to NCAA Regionals,” Zambri said. “We are ready to go wherever they send us. There are 6 sites spread all over the country and we will be confident wherever we end up being sent.”

Much of the team’s firepower this year has come from a surprising source: freshman sensation Rico Hoey. The Rancho Cucamonga, Calif. native leads the team in stroke average and was named the Pac-12’s Freshman of the Year. Zambri has been impressed by his star’s adjustment to the college game.

“I am proud of Rico and the way he performed this year,” the coach said. “There was no question he was the freshman of the year in our conference. He has shown to be a real leader for us even at a young age. We will be relying on more great play from him in to the postseason.”

The Trojans have struggled with depth all season, but the team’s hopes in that area were bolstered at the Pac-12 tournament last weekend. Though the team finished fifth, it did so even with poor performances from Hoey and junior Anthony Paolucci. Instead, unheralded juniors Paul Smith and Eric Sugimoto turned in top 10 individual performances to lead the team. If the team can string together strong efforts from all of its golfers, it has a strong chance to advance deep into the postseason.

The NCAA Men’s Golf Championship selection show will broadcast by the Golf Channel on May 5 at 10 a.m. Play begins on May 15.

‘Trojan Family’ is not just a saying
Scroll to top