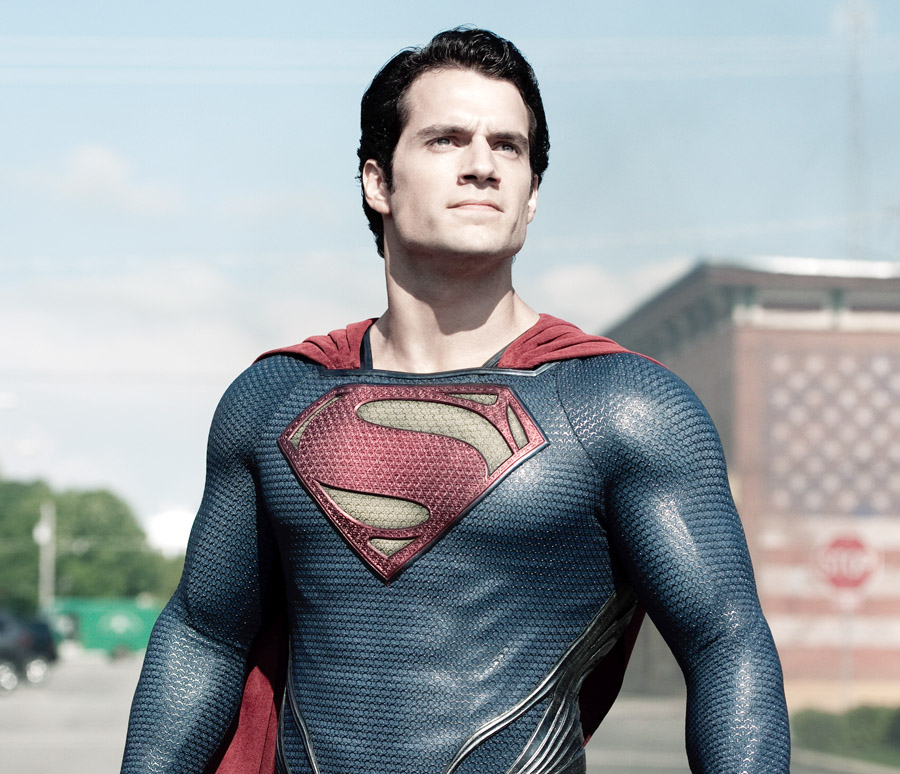 The Brave and the Bold · Warner Bros. Studios plans to release seven new films featuring DC comics characters, including Superman (pictured), Wonder Woman and The Flash over the course of the next four years. – Photo courtesy of Warner Bros. Pictures

While Marvel Studios continues to add to its menagerie of spandex-clad do-gooders, DC has struggled to expand its stable beyond Batman and Superman, a problem emblemized by Zack Snyder’s awkwardly-titled Batman v Superman: Dawn of Justice, which unintentionally conjures images of the two heroes locked in a Kramer vs. Kramer-style custody battle over Robin. All that changed last week, however, when notorious entertainment blogger Nikki Finke posted what she said was a leaked production schedule, one that Warner Bros. and DC Entertainment were apparently hoping to unveil at next month’s San Diego Comic-Con. The list, which has since been all but confirmed by filmmaker and Fat Man on Batman podcaster Kevin Smith, includes a total of seven movies revolving around every character from Shazam and Sandman, each one slated for release at some point during the next four years. If the schedule holds true, DC could easily find itself releasing two to three movies a year for the foreseeable future.

It’s a risky, deliberately idiosyncratic lineup, very different from the shameless duplicate of the Marvel model many fans and online commentators were expecting. Instead of slowly building up to Justice League — its 2017 release date is only halfway down the list — by giving its most prominent members a bunch of solo adventures, DC is instead planning what amounts to a meta-human mélange, starting with Batman v Superman, which promises to be less a sequel to Snyder’s own Man of Steel — that one won’t show up until 2018 at the earliest — and more a direct lead-in to Justice League.

Batman v Superman, which was delayed until 2016 due to the sheer enormity of its cast and their other professional commitments — will be responsible for introducing viewers to several future leaguers besides the Dark Knight and the Last Son of Krypton, including feminist icon Wonder Woman (Gal Gadot from Fast Five), the unfairly ridiculed Atlantian monarch Aquaman (Jason Momoa, a.k.a. Khal Drogo on Game of Thrones) and the student athlete-turned-superhero Cyborg (relative newcomer Ray Fisher), the last of whom has enjoyed a recent spike in popularity thanks to an expanded role in the comics — particularly under Geoff Johns and Jim Lee’s New 52 reboot — and Cartoon Network’s resurrection of the Teen Titans animated series.

After Batman and Superman finish their grudge match, audiences will be treated to the big-screen debut of one of the oldest superheroes in the history of the medium, even though he technically belonged to the now-defunct Fawcett Comics for the first few decades of his existence. Shazam, formerly known as Captain Marvel, has been around since 1939, but “the world’s mightiest mortal” still gets dismissed by casual fans as an underpowered Superman clone. He’s actually little Billy Batson, a kid reporter who comes across a benevolent wizard — coincidentally named Shazam himself — who deems the boy a “champion of good” and endows him with the ability to transform into a full-grown superhero anytime he shouts the word, “Shazam!” The Captain is an unabashedly goofy, optimistic, pure-hearted character, one who stands in purposeful contrast to the League’s many brooding, angst-ridden members, and any film featuring him is practically guaranteed to be a hit with younger audiences. In fact, it wouldn’t be a stretch to picture a family-friendly star like Dwayne Johnson in the title role.

2016 might also see the release of Sandman, possibly the most intriguing title on the content slate, even though it will likely have no bearing on the events of Justice League. Based on Neil Gaiman’s critically acclaimed horror fantasy comic, the story centers on the existential wanderings of the Endless, a group of all-powerful beings who double as anthropomorphic representations of the universe’s most ancient and vital aspects. The series, which has been celebrated for its epic scope, rich characterization and intricately detailed narrative, regularly finds itself on lists of the greatest graphic novels of all time, right up there with Alan Moore’s Watchmen and Frank Miller’s The Dark Knight Returns. The film version will star Joseph Gordon-Levitt as the mercurial Lord of Dreams and is being scripted by The Dark Knight co-writer (and USC alumnus) David S. Goyer. Between this and the upcoming Constantine television series, we could be in for a rash of new goth-tinged comic adaptations. Guillermo del Toro may even be able to make his long-rumored version of Justice League Dark after all!

The list also teases a standalone Wonder Woman film in 2017, which should please any fan who’s ever wondered why it’s taken more than seven decades for the most famous female superhero in the world to finally headline her own movie. Hopefully Gadot, who’s already faced criticism for being too short and slight for the role, can summon the right combination of pluck and potency to make the Amazon princess a true force to be reckoned with, both onscreen and at the box office. The actress certainly has more combat experience than most Hollywood starlets, having trained in the Israeli army for two years during her late adolescence.

Last but not least is something we haven’t really seen before: a superhero buddy movie. That’s right, the final film on the list calls for a feature-length Flash and Green Lantern team-up. This has all the makings of a zany fun sci-fi romp, but its critical and commercial success will hinge almost entirely on the chemistry and rapid-fire rapport that must exist between its two costumed stars. If this duo is anything less than dynamic, it’s doubtful we’ll ever see a quality version of Hal Jordan on the big screen.

After years of uncertainty, it looks like DC finally has a workable game plan that doesn’t involve kidnapping Christopher Nolan and chaining him to a director’s chair. Speaking of Nolan, it’s worth noting that there are currently no plans for another solo Batman movie. Ben Affleck’s version of the Caped Crusader will doubtlessly appear in all but a few of these forthcoming movies, but it’s strange to see DC and Warner Bros. ignoring the guaranteed revenue a new Bat-film would bring in. Could it be a long-overdue sign of confidence in the rest of their heroes? Or are they just holding out for Affleck to direct the next one himself?