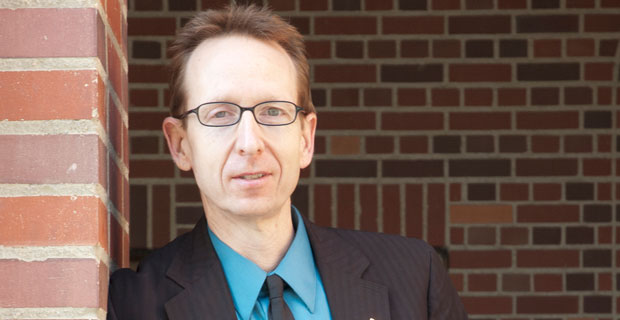 Provost and Senior Vice President for Academic Affairs Michael Quick, sent out a memorandum to the USC community on Monday in response to the various acts of bias and disrespect against minorities at USC.

Titled “Access and Opportunity, Diversity and Inclusion,” the memorandum comes after the Undergraduate Student Government’s resolution on campus climate that was passed Tuesday and recent demonstrations on campus urging for student voices to be heard on campus diversity issues.

The resolution called for action from the University administration following recent incidents related to racial bias. It specifically asked for a $100 million fund to support underrepresented students, additional resources for cultural centers on campus, mandatory diversity training and the hiring of a vice president for diversity, equity and inclusion, among other things.

Quick wrote that he was touched by the student voices, both at USC and at other universities, that have stood up and called for improvement at their institutions. He argued that since its earliest days, USC has shown a commitment to diversity because of its imperative role in learning.

“In the current historical context, that commitment reflects our desire to enrich learning by embracing a broad range of ideas and perspectives, our moral support for the cause of social justice, and our realization, in today’s increasingly global context, that the more diverse the community, the greater its potential for economic and cultural prosperity,” he wrote in the memorandum.

When Quick became provost in April 2015, he outlined his commitment to access and opportunity as one of the four pillars he was going to focus on. He said he’s recently been brainstorming with other members of the Trojan community on ways to increase their commitment to these ideals.

Quick, along with President C. L. Max Nikias and the leadership at USC, have outlined a series of steps that will improve campus climate and enhance access and opportunity.

The first point said the provost is establishing a diversity task force, which will be co-chaired by Varun Soni, the dean of Religious Life, and Ainsley Carry, vice president for Student Affairs.

The force will aim to gather ideas from the campus leaders on how to improve and provide suggestions to various campus units, like the Department of Public Safety and USC Housing, among others.

Second, a series of open forums moderated by Professors Tara McPherson and George Sanchez will, like Quick wrote, “recognize criticism and complaint as a resource rather than as a problem.”

Quick said he will be making a symposium series with community leaders sharing their stance on equity and diversity with students. In the memorandum, Quick invited students to suggest possible speakers and ideas for these panels.

The task force also looks to identify diversity liaisons between the school deans and their faculty that can best address the needs of the community.

“Given the breadth of this University, I believe this broad approach will be the most effective in addressing these issues,” Quick wrote.

The memorandum also said a strategic planning process will chart a course for the USC community over the next several of years.

USC’s Visions and Voices will also direct $100,000 of their budget per year to engage the community in diversity issues, according to Quick.

Quick’s seventh point said there will be a $100,000 fund established that will go to supporting student programs and events that enhance diversity and inclusion. Another $100,000 fund will be administered through the Office of Religious Life to support programming specifically through the University’s cultural centers.

The Office of the Provost will also start soliciting proposals to issue evidence-based approaches toward understanding racial bias and improving relations on campus.

Quick said creating a faculty committee that will work with students and faculty to create residential diversity programs that will impact the residential college experience is another goal.

Improving mechanisms that will record when unfortunate incidents do occur, so that they can be investigated and acted upon as soon as possible. A reporting button has been added to the USC LiveSafe app so that students can immediately report incidents of discrimination.

Finally, Quick wrote that the leadership team at USC understands that though improving diversity is not just about the resources they can implement, taking these steps is helping USC move toward becoming a better, more inclusive school. Quick asked students to understand that the greatest form of diversity is that that comes with opinion.

“We must be prepared not only to support those with whom we agree, but also respect those with whom we disagree,” he wrote. “Only in that way will we live up to the promise reflected in the faces staring out at us from those iconic photographs and create a University of Southern California worthy of them, and us.”

Correction: This article previously stated that the Undergraduate Student Government’s resolution on campus climate was passed on Wednesday. It was passed on Tuesday. The Daily Trojan regrets the error.