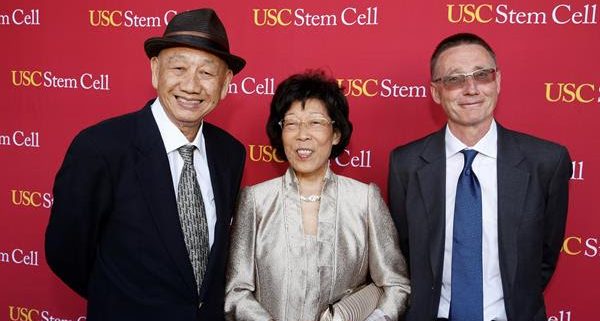 Los Angeles has been awarded a bid to host the International Society for Stem Cell Research  conference in 2019.

The conference will be co-hosted by USC Stem Cell with financial support from the Hong Kong-based Choi family, in partnership with the ISSCR, and will be held at the Los Angeles Convention Center in downtown L.A. Holding the conference in Los Angeles is indicative of the region’s rising biotechnology industry and USC’s growing role in southern California biotechnology.

“We are extremely excited to welcome the International Society for Stem Cell Research to Los Angeles for the first time ever and look forward to their 17th annual meeting in 2019,” said L.A. Mayor Eric Garcetti in a press release. “L.A. is the latest and most innovative bioscience hotspot in the state, and ISSCR’s choice is a reflection of the scientific advances occurring in our city today.”

Chairman of the executive committee of USC Stem Cell Andy McMahon  expressed his gratitude to key players in bringing the ISSCR conference to Los Angeles.

“I would like to acknowledge the key role of Mayor Eric Garcetti’s office and the Choi family in our successful bid to put L.A. on the major science meeting circuit,” McMahon said in a press release. “We are delighted to extend our warmest welcome to the wide range of visionaries and leaders who will be attending this event, which will be a great opportunity to highlight research at USC and our sister institutions across the region.”

The conference will attract leading stem cell researchers from the international community and will encourage new ideas from the brightest scientific minds working today that has the potential to benefit not only stem cell research, but regenerative medicine and public health at large.

The ISSCR conference has previously been hosted by Barcelona, Boston, San Francisco, Stockholm, Toronto, Vancouver, Yokohama and Philadelphia. Eli Broad, who with his wife has funded three stem cell centers at USC, UCLA and the University of California, San Francisco, said Los Angeles’ stature as host city to this international conference will shine a light on the work of stem cell researchers being done in California.

“California has become the world leader in stem cell research, with some of the most promising research being conducted in Los Angeles,” Broad said in a press release.

ISSCR CEO Nancy Witty said the announcement of Los Angeles hosting the 2019 conference was met with enthusiasm from “the local government, the biotech industry and the scientific and health communities.” Witty is also looking forward to the co-sponsor relationship with USC Stem Cell and their “world-class scientists.”

The 2019 conference is expected to bring together nearly 100 research and clinical faculty members working with USC Stem Cell, L.A.-area investigators and over 4,000 stem cell scientists.

“The attention brought to the city by this conference should send a strong message to the biotech community that L.A. and So Cal is the place for regenerative medicine and that, in addition to helping patients and their families, the work being carried out here can be an economic powerhouse for the city and region,” Donovan said in a press release.