USC alerts US Attorney’s Office about donation from local politician 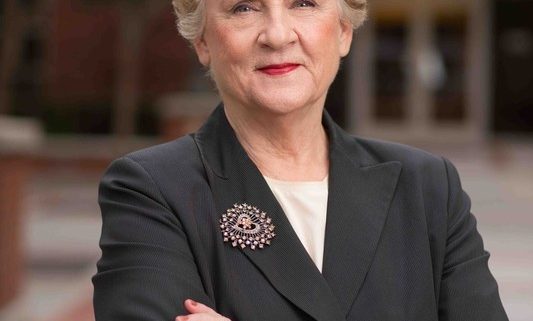 The United States Attorney’s Office is conducting a criminal investigation into transactions that involved former Dworak-Peck School of Social Work dean Marilyn Flynn, Los Angeles County Supervisor Mark Ridley-Thomas and a nonprofit organization, according to a letter from Board of Trustees Chair Rick Caruso.

Ridley-Thomas offered a $100,000 donation from his campaign fund to the School of Social Work in the spring, according to the Los Angeles Times. Flynn later transferred the donation to the Policy Research and Practice Initiative, a think tank affiliated with United Ways of California run by his son Sebastian Ridley-Thomas. Ridley-Thomas was formerly a professor of practice in social work and public policy at the University.

A university staff member reported the transactions involving the School of Social Work were reported to the University Office of Compliance in June, according to the letter from Caruso. The letter was released to the public on Aug. 1. Flynn, who began working in the Provost office as special adviser in July, was put on administrative leave.

“I am disturbed and concerned by these allegations and people will be held accountable for their behavior, as appropriate,” Caruso told the Daily Trojan in a statement. “The University disclosed this matter promptly to the United States Attorney’s Office and is cooperating with them.”

After receiving the $100,000 donation from Mark Ridley-Thomas, Flynn reached out to United Ways of California chief executive Peter Manzo, according to a Los Angeles Times report. Flynn told Manzo that USC was sending the donation to the PRPI account run by Sebastian Ridley-Thomas.

Manzo told the Times he did not know the money came from Mark Ridley-Thomas’ campaign fund, but that it was unusual for USC to donate to the statewide organization. He said most local Los Angeles donors choose to donate to United Ways of Greater Los Angeles.

Stephen Kaufman, Mark Ridley-Thomas’ attorney and spokesperson, said in a statement that the county supervisor was surprised that his donation to the University was a problem.

“This contribution was a result of organic discussions between the Supervisor and Dean Marilyn Flynn about how the Suzanne Dworak-Peck School of Social Work could help address the lack of academic focus on the needs of African Americans,” Kaufman said in the statement. “The Supervisor followed USC’s directions in how the donation was made.”

Sebastian Ridley-Thomas, who was fired last month from the University, had become a part-time professor at the University after he resigned as a state assemblymember in December for unspecified health issues. In addition to his employment, the University awarded Ridley-Thomas a scholarship to pursue a master’s degree in social work, according to the L.A. Times.

The University has declined to disclose Ridley-Thomas’ salary.

“We do not believe that it raises any legal or ethical issues, and it had nothing to do with his son’s scholarship or employment at the University,” Kaufman said in the statement.

Editor’s Note: The headline of this article has been updated to clarify details of USC’s involvement in notifying the U.S. Attorney’s Office about Mark Ridley-Thomas’ donation.

‘Our light has dimmed recently’: Nikias steps down, Board appoints...
Scroll to top