Just down the street from USC Village and steps away from a recently constructed student housing complex — at the intersection of Hoover Street and Adams Boulevard — several deteriorating buildings are relatively inconspicuous.

Wooden boards block empty windows and a metal fence prevents anyone from entering the facility, where broken furniture pieces lie scattered across an untrimmed lawn. But underneath years of neglect, the buildings’ unassuming facade hides over a century of history, even as they catch the attention of developers looking to build housing in the rapidly changing neighborhood. 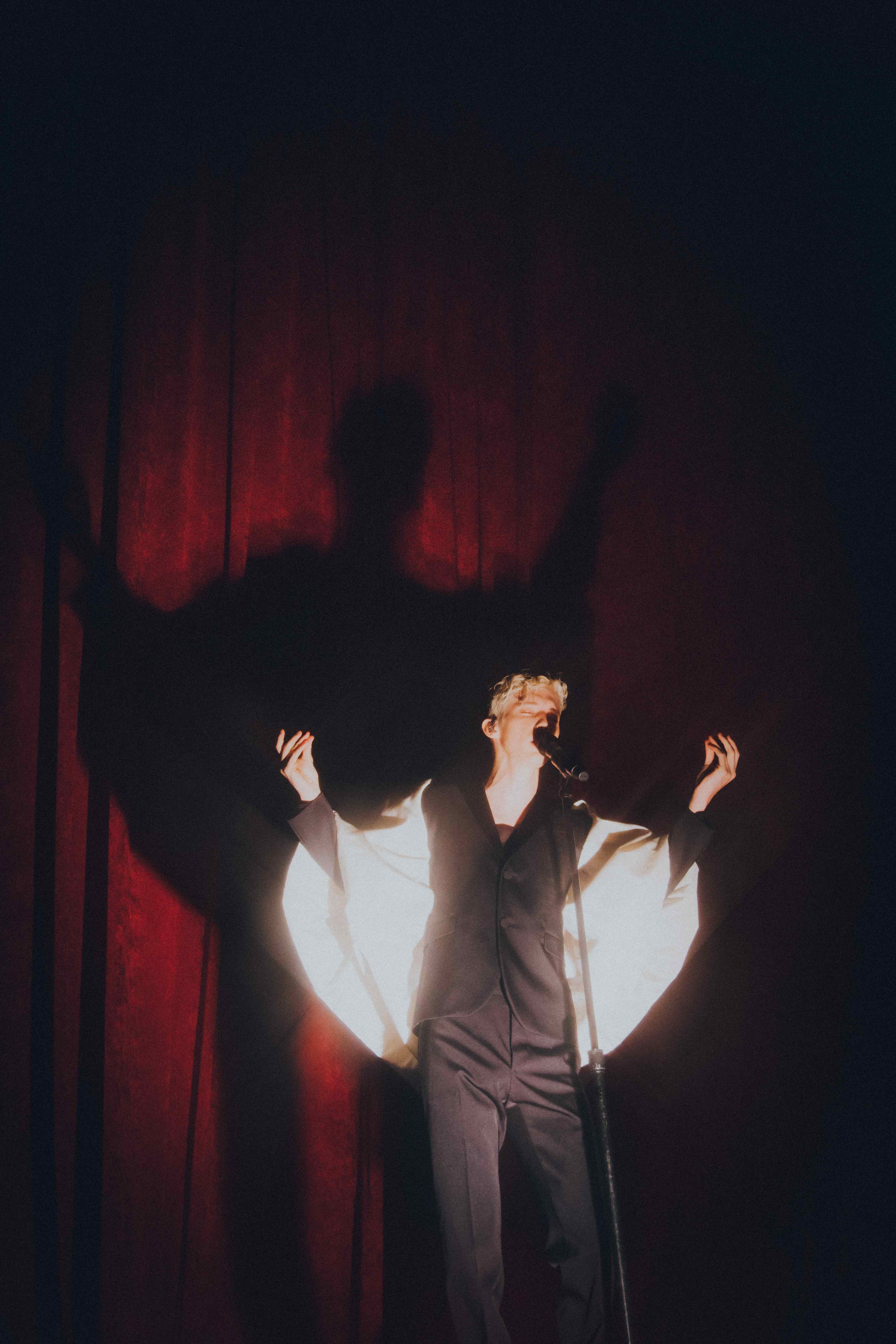 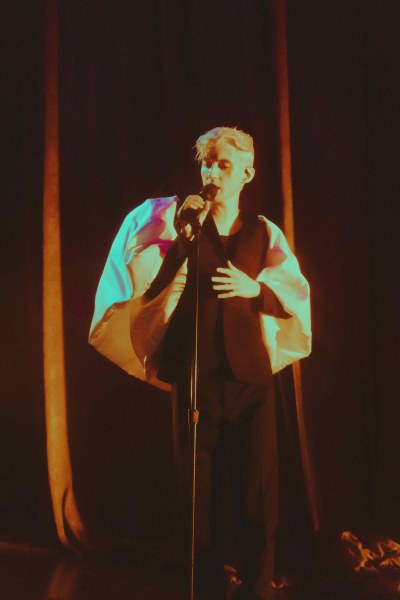 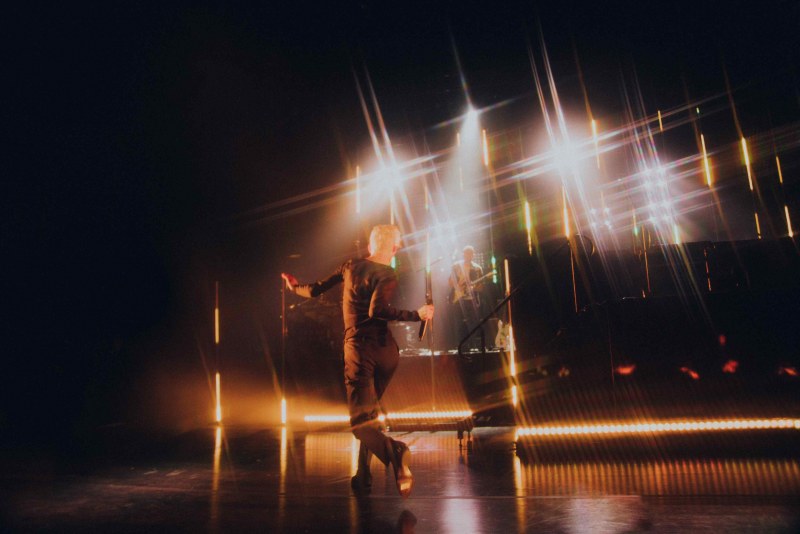 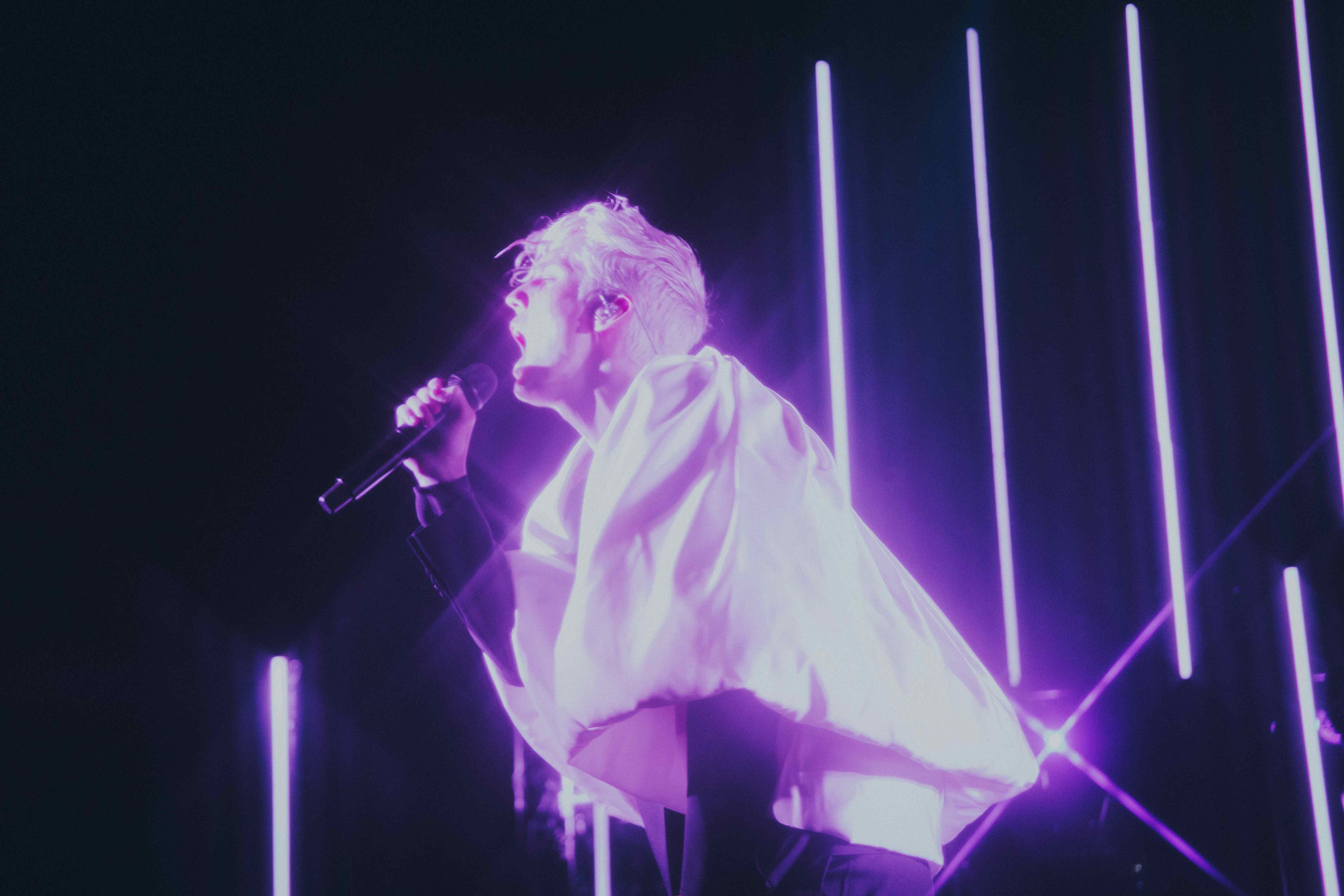 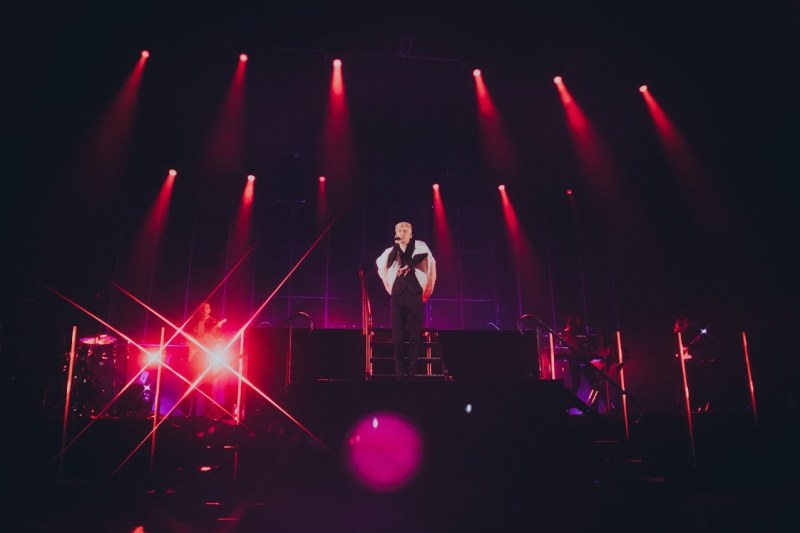 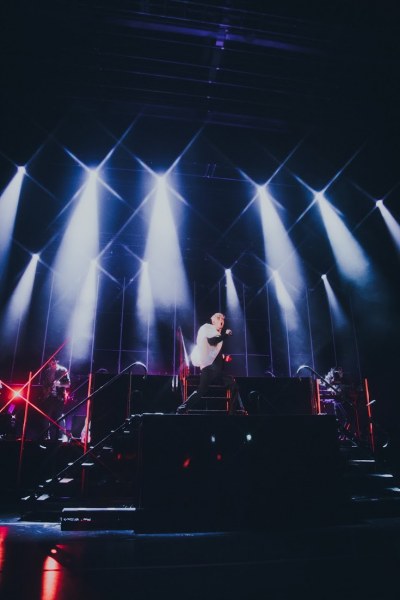 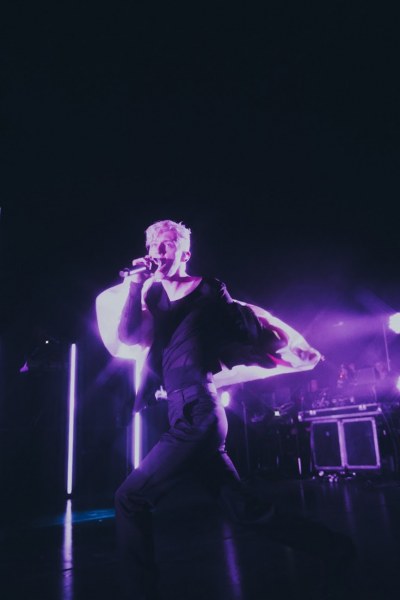 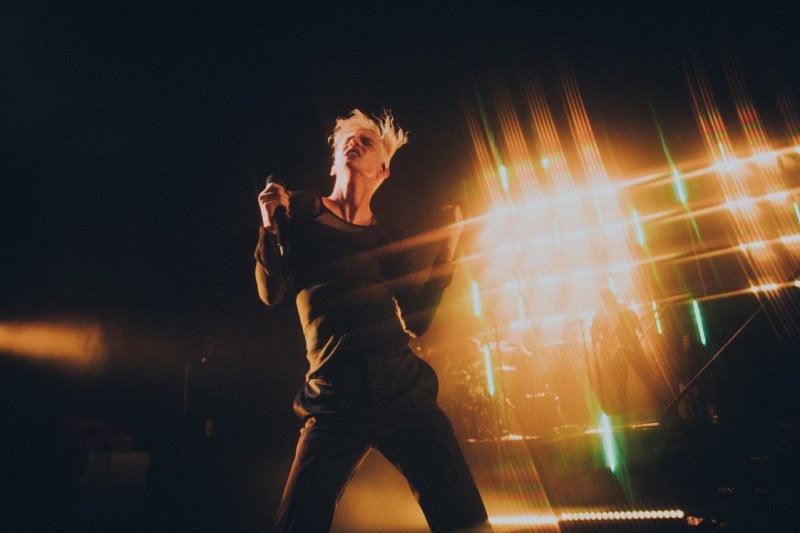 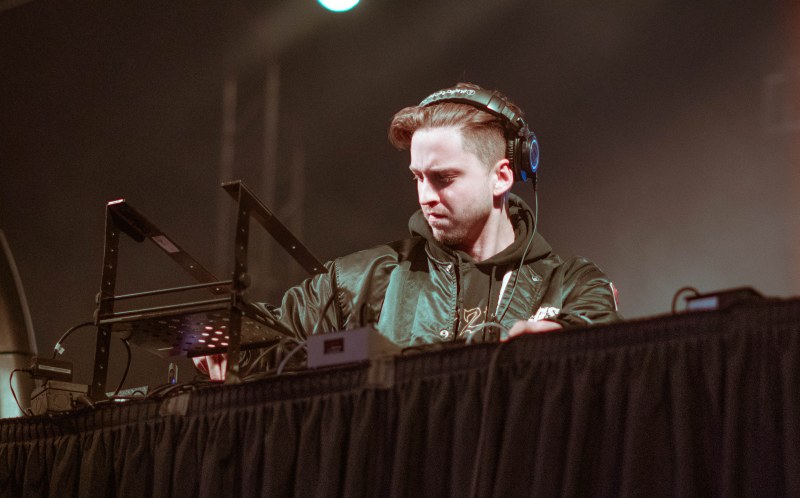 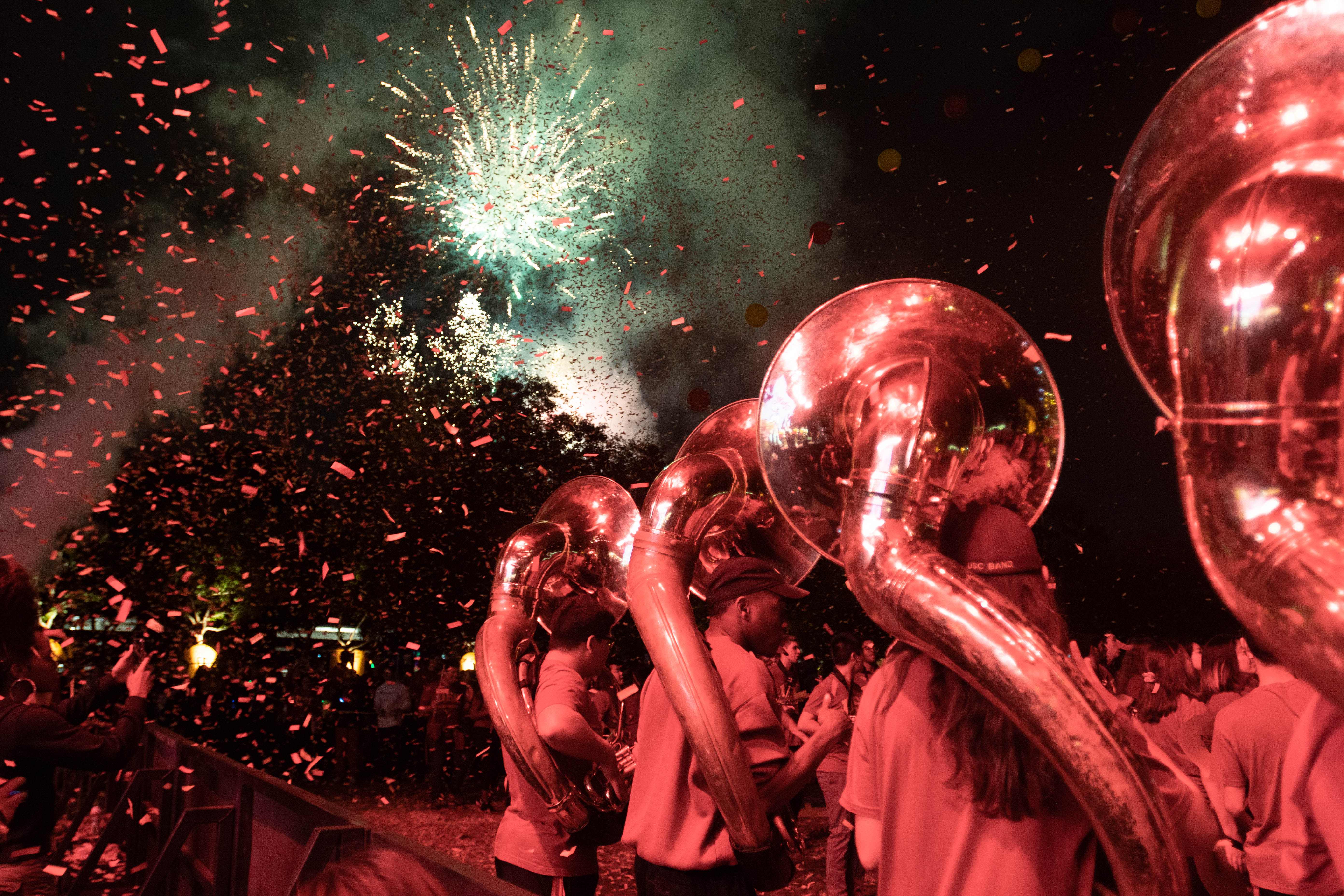 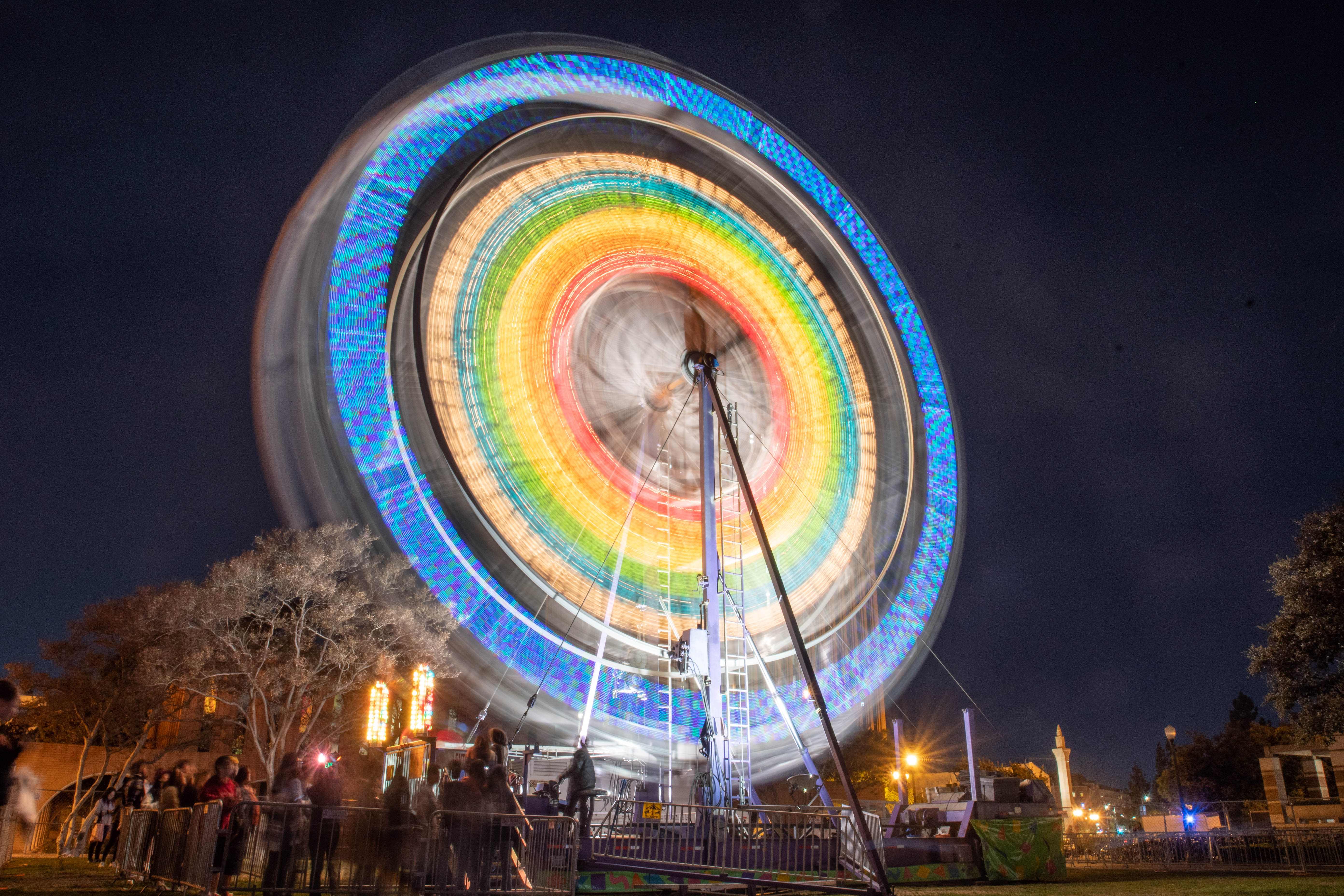 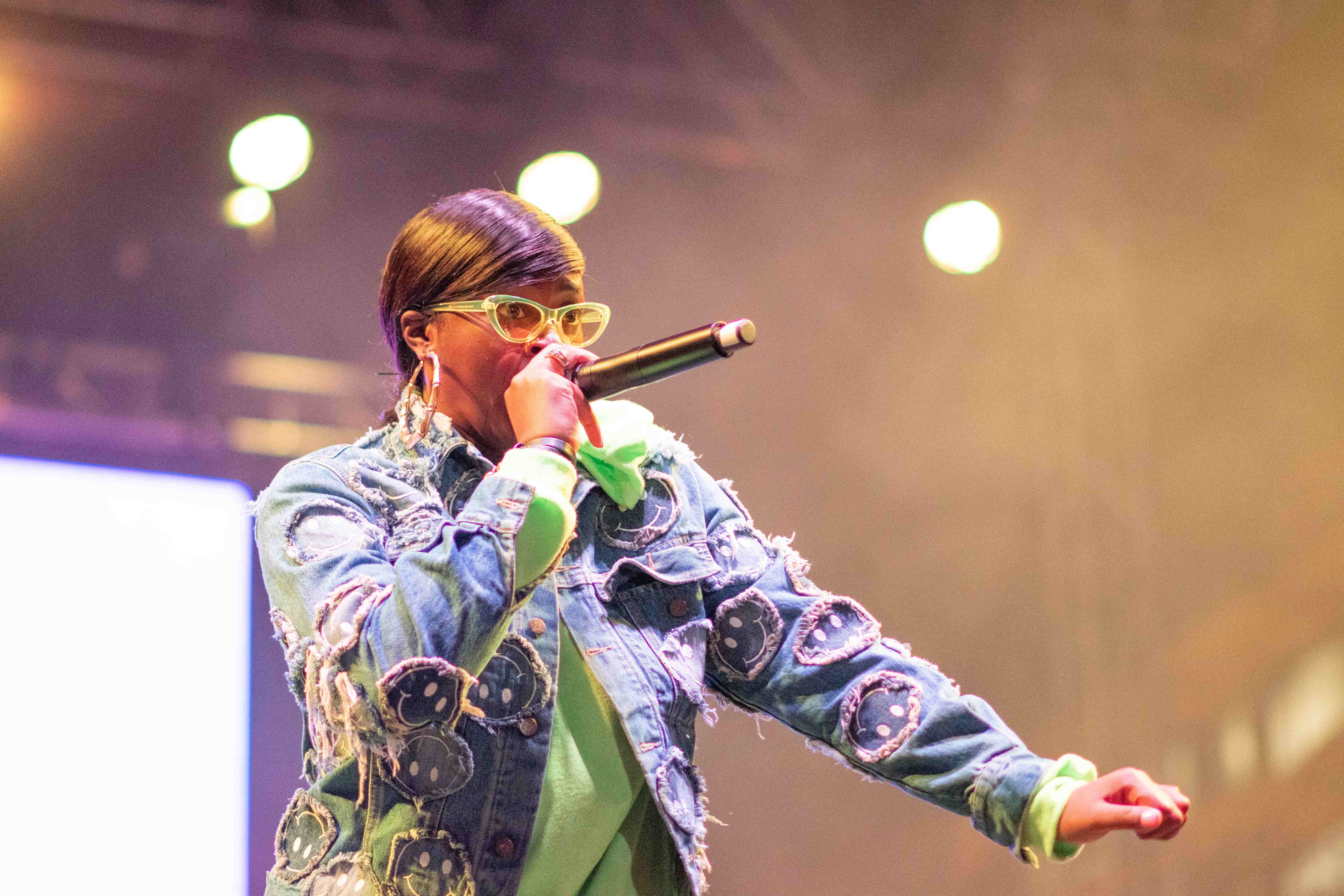 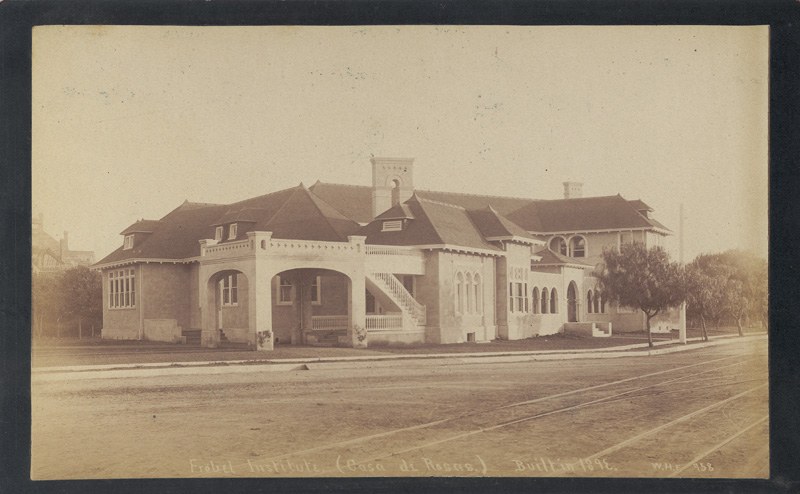 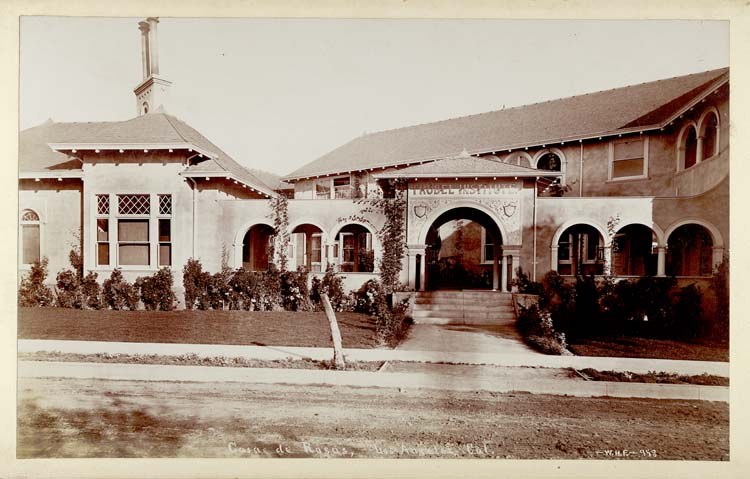 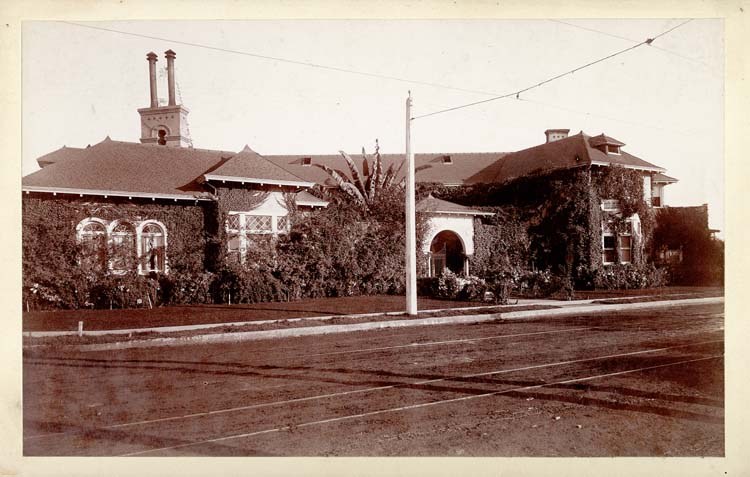 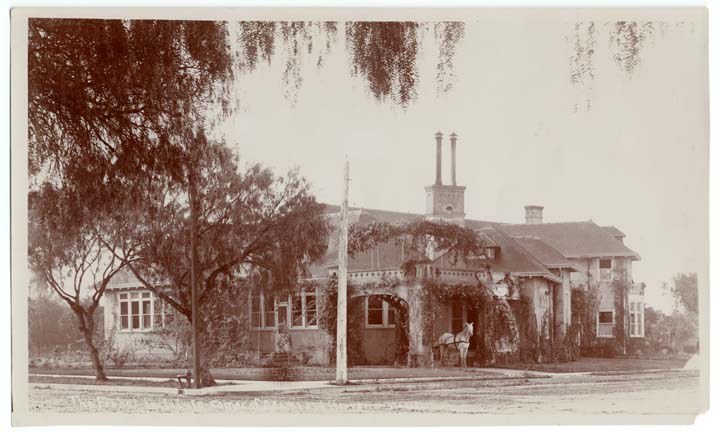 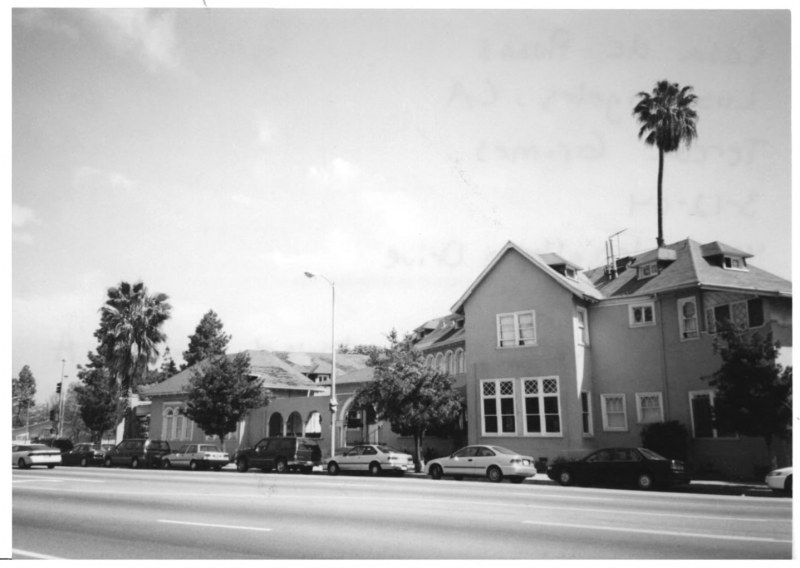 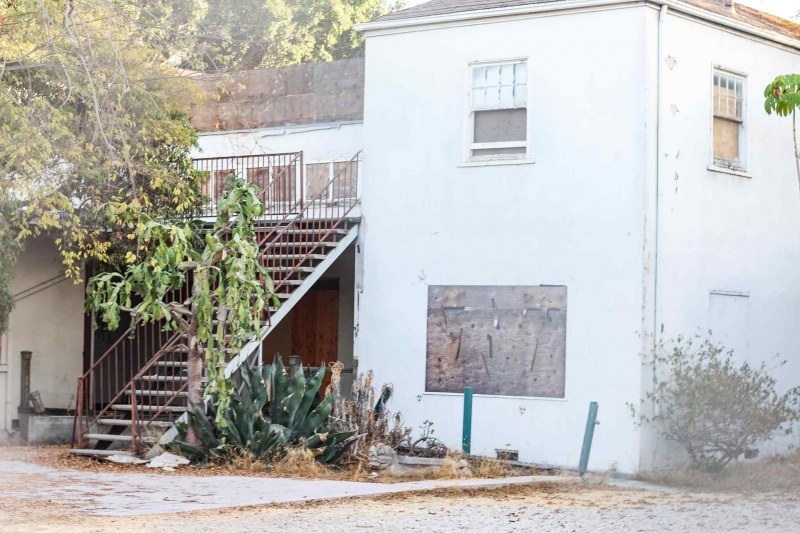 The story of development around USC is a familiar one — new construction, rising rents and an exodus of longtime residents who are either evicted or priced out.

But at the Casa de Rosas Campus, a site that has been abandoned for nearly a decade, the picture looks different. In the coming months, it will be converted into housing for homeless veterans and their families as part of a growing effort to serve the city’s homeless population even as University Park becomes increasingly unaffordable.

“I see absolutely no conceivable downside to this,” said Jean Frost, vice president for preservation at the West Adams Heritage Association, a nonprofit organization that advocates for the preservation of historic sites north of USC. “What is not positive in housing people who have served this country, have children and at one point in their lives have been homeless?”

The redevelopment project, which aims to begin construction early next year, will provide affordable housing and restore a piece of Los Angeles history that had been left to decay.

The Casa de Rosas Campus has been at the intersection of Hoover Street and Adams Boulevard for over a century. After being abandoned for almost a decade, it is set to be rebuilt to house veterans and their families. (Raquel Greenberg | Daily Trojan)

The Casa de Rosas Campus was built in 1893 as one of L.A.’s first private kindergartens, at a time when education for younger children was a relatively new concept.

As public kindergartens were introduced in the city, the need for private institutions diminished, and the campus became a college preparatory school for women, one of two in Los Angeles at the time.

As West Adams transformed in the 1920s, the Girl’s Collegiate School lost its appeal. Wealthier individuals moved westward and homes began to be redeveloped into apartments.

In 1925, the school moved to San Gabriel Valley, and the campus stood vacant until the end of World War II.

In 1950, Essie Binkley West, known as the “Angel of Skid Row,” purchased the Casa de Rosas Campus and converted it into a shelter for homeless women, renamed the “Sunshine Mission.”

During this time, a historic preservation firm restored individual sections of the Casa de Rosas Campus, but the buildings fell into disrepair when the nonprofit organization running the campus dissolved due to lack of funding in the late 2000s.

The facility was transferred among city departments before the Housing Community Investment Department of Los Angeles finally began plans for redevelopment in 2015.

Teresa Grimes knows the site’s history better than almost anyone else; she entered the Casa de Rosas Campus onto the National Register of Historic Places, a federal database of sites with intrinsic historical value including the Empire State Building and the Statue of Liberty.

“I’m really excited the project is finally going to get off the ground,” Grimes said. “It really is one of the more historically and architecturally significant buildings not just in the USC area, but in Los Angeles. The fact that it survived this long is pretty remarkable.”

As the principle architectural historian for GPA Consulting, Grimes is currently working to maintain the campus’ original architectural style throughout the development process.

“Our role in the project is to make sure that the project is designed and implemented in the most sensitive way possible,” Grimes said. “The standards are intended to manage change, not to prevent change.”

Physical alterations from the original state will be kept minimal to preserve the Casa de Rosas Campus’ historic value.

Thomas C. Michali, an architect who has restored the Casa de Rosas Campus since it was the Sunshine Mission, was chosen to lead the designs for the current redevelopment of the campus. The current plans include rearranging some hallways and rooms and repurposing larger rooms as assembly spaces.

“The changes will all be very positive. The conditions are pretty poor now,” Grimes said.

When it began plans to redevelop Casa de Rosas in 2015, HCID chose Ward EDC — an independent affiliate of the Ward African Methodist Episcopal Church — as one of the main developers, along with green engineering firm The Integral Group. With a social mission grounded in its religious connections, Ward EDC works to improve the greater Los Angeles area by following the church’s foundational values.

Price, a member of the City Housing Committee, has pushed for the city to fund 10 affordable housing projects, including the Casa de Rosas Campus.

USC is aware of the project, and Ward EDC has been in “informal conversation” with Theda Douglas, a senior vice president at USC, about what the University can offer the redevelopment.

The Los Angeles Veterans Collaborative, a veteran-service centered network of government agencies and organizations administered by the USC Dworak-Peck School of Social Work, has also worked with Ward EDC to plan how the facility will be used.

“Most people don’t want affordable housing in their neighborhood,” Dupont-Walker said. “‘Not in my backyard’ — that was a marketing phrase that was real.”

Ed Cabrera, a public affairs officer with the U.S. Department of Housing and Urban Development, said that residents often object to permanent affordable housing entering their neighborhoods due to misinformation.

The decision to develop the Casa de Rosas Campus received support from affordable housing advocates, according to Brent Gaisford, the director of Abundant Housing L.A., a group that aims to lower rents and develop housing sustainability across Los Angeles.

“We’ve got a lot more people who want to live here than there is room,” Gaisford said. “In general, we need a lot more housing in the city, particularly affordable housing. The places we can get that and help get people into housing is a good thing.”

A home for veterans

Once completed, the Casa de Rosas Campus’ 37 units will host single-parent homeless veterans who make less than 60 percent of the Area Median Income, which was less than $41,580 in 2018, according to the U.S. Department of Housing and Urban Development. The focus on veterans was intentional, Dupont-Walker said, as almost 4,000 homeless veterans currently live in Los Angeles County, according to the Los Angeles Homeless Services Authority.

“There is no community for that population in the city of Los Angeles,” Dupont-Walker said. “They have a very big challenge … They’re trying to stabilize their lives in a way that they can get back on track or get on track for the first time.”

The renovation of the Casa de Rosas Campus will feature multiple veteran-specific components for its occupants.

“They need a quiet room, no explanations needed, where they can go and de-escalate and defuse, and still know their kids are okay,” Dupont-Walker said. “They need to have a place where they gather at a time that the other voices are telling them strange things, whether it’s a flashback from combat days or a mental illness.”

The new home will also have teams available to counsel veterans and guide them into new careers. While providing care for any children, services within the campus prioritize assisting homeless veterans in reintegrating into “mainstream society.”

The affordable housing project intends to provide a temporary home for homeless veterans as they transition into a more stable lifestyle.

“Unlike the current trend in permanent supportive housing, we’re coming at it when it’s needed at a window in time,” Dupont-Walker said. “We want to help plan for what happens as they prepare to move.”

Despite these goals, the redevelopment project has faced ongoing delays. HCID listings show the estimated start date as July 8 of this year, but Dupont-Walker said it has lagged due to the multiple approvals required for every advancement by the City Council or the mayor.

As the Casa de Rosas Campus remains vacant, awaiting its revival as housing for homeless veterans, organizers like Frost are stuck in limbo — frustrated, but hopeful. Frost anticipates that once the campus houses underserved people for the second time in its history, it will come to life again, with its unhinged roof tiles straightened and boarded windows replaced to allow in the California sunlight.

“It’s a building that really deserves to be restored,” Frost said. “It finally has a plan that will see it to last another hundred years.”