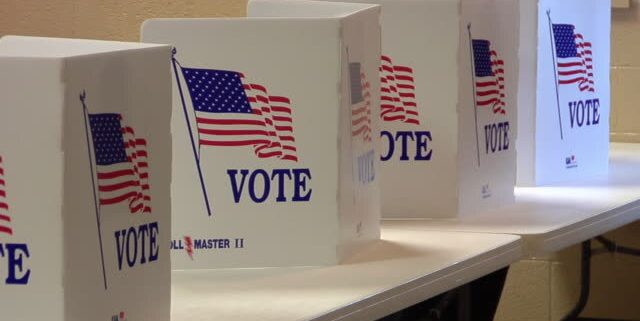 A few weeks ago, Nayanika Kapoor graduated from USC in an unprecedented virtual ceremony. Though the recent political science and journalism graduate was set to pursue a Fulbright Fellowship in Taiwan — an opportunity which has since been postponed until January 2021 because of the pandemic — Kapoor’s next step is just as exciting and uncertain: moving to Montana.

“I feel like I am going to a different world than the one I have been living in for the last three months,” she said.

Kapoor is moving to Helena to join Montana Governor Steve Bullock’s campaign for the U.S. Senate — a campaign that has attracted national attention as a key race in the Democratic Party’s attempt to capture a Senate majority in November.

“I don’t think there is any other situation beside the campaign in which I could see myself moving somewhere completely new, on my own, with no one else that I know,” Kapoor said. “But from what I’ve talked with people about, that is the best part of the campaign — everyone is coming in new and fresh, and you immediately build these super strong relationships … It is definitely still nerve-wracking because you don’t know anyone.”

For Kapoor, the uncertainty of graduation was overwhelming, but she has always had her heart set on campaign work. During her time at USC, she worked multiple campaign finance internships and volunteered during election cycles as a phone banker and canvasser. However, she had never experienced full-time work on a campaign.

“What drew me to [this] campaign is hearing everyone talk about how once you’re in on a campaign, you build a community that is so strong,” said Kapoor, who will serve as a Bullock campaign finance assistant. “I think as someone who knows that I want to do politics long term, it felt like such good timing.”

Kapoor is not alone in her decision, and her situation is not unlike many of her former classmates’. City, state and national campaign work is proving to be a new path that can make up for missed, lost or delayed opportunities amid a shaky job market.

Kurtis Weatherford, another member of the Class of 2020 and a recipient of a Fulbright Fellowship to Greece, hopes to fill the gap between graduation and his fellowship start date by joining a local campaign. Weatherford’s fellowship, like Kapoor’s, has been postponed until January, but he is currently searching for opportunities to become politically involved in his home state of Missouri or in neighboring Kansas.

Weatherford stressed that campaigns are more likely to utilize digital communication tools and technology in order to adhere to social distancing guidelines, strategies that he is familiar with based on past experience.

“I did phone banking and text banking for the Warren campaign, and that’s an interesting way to feel like you’re doing something, and that leads into the reasons why I am so interested in doing campaign work now,” said Weatherford, a political economy and international relations graduate. “[It’s] doing something tangible to push the political contentions in this country in a way that is more powerful.”

Rohan Parepally is in a similar situation. The recent Marshall School of Business graduate was set to start at Bain & Company as an associate consultant in the fall — but he holds that having job assurance does not mean recent grads are in the clear.

“Graduating into this kind of environment and economy right now is definitely a little bit stressful — I was fortunate enough to come out of this year with a job offer that I had accepted,” Parepally said. “I was anticipating my start date in September 2020, but two hours before my last final, I received a call about pushing back my start date because of the coronavirus situation … We are still figuring this out as students [and] as people.”

Before graduating, Parepally did not fully anticipate beginning the initial search into campaign opportunities. But, he believes that because 2020 is an election year, young people now have a unique opportunity to meaningfully spend the new time on their hands by becoming involved in the political process. Parepally has now returned home to Chicago and is still in the initial stages of looking into campaign opportunities in potential presidential election swing states such as Wisconsin.

“I’ve always kept track of politics as a side interest, but it’s never been at the forefront of what I wanted to study,” Parepally said. “But we are obviously graduating into a very unique time, not only in the economy but also historically … people have very strong opinions [about] the state of American politics and the opportunity to participate in that and have a hand in trying to achieve the outcome you want is uniquely important right now.”

While graduates continue to navigate new challenges and changes in the job market, campaign work during the pandemic will also look very different. Election season traditionally sees thousands of people mobilizing across the country in person, knocking on doors, attending rallies and shaking hands. But the pandemic is pushing campaigns to get creative and rethink their strategies.

The uncertainty of campaigning during a pandemic extends to anxiety over the voting process in November. A recent report in Politico suggests that multiple scenarios outline a situation in which voters become disenfranchised because they are concerned for their health. Multiple reports also fear that a flood of mail-in ballots would significantly slow election results and that errors in shipping, receiving and counting ballots could taint the validity of the election.

Ben Pearce, a member of the Class of 2020 and former president of USC College Democrats, was a fellow with Sen. Elizabeth Warren’s presidential campaign in Iowa earlier this year. Through the Unruh Institute of Politics’ Inside Iowa Project, Pearce gained firsthand experience in local political organizing efforts long before the pandemic made headlines in the United States.

“It’s hard to imagine [campaigning] in a COVID world because half of what I was doing was knocking on doors all the time,” said Pearce, a graduate of the Price School of Public Policy. “I don’t know what field organizing looks like in a world where we are stuck in our apartments — I think that is the greatest uncertainty of all this.”

Pearce was initially set to pursue a job opportunity starting in August, but a hiring freeze as a result of the coronavirus has now led him to search for short-term opportunities in campaign work.

“These elections matter immensely to the lives of everyone in this country — and that’s what gets me into it,” Pearce said. “I want to help make sure that I am pushing for good in this country.”