Unquirky: Tik Tok can be used as art therapy, creative outlet amid pandemic 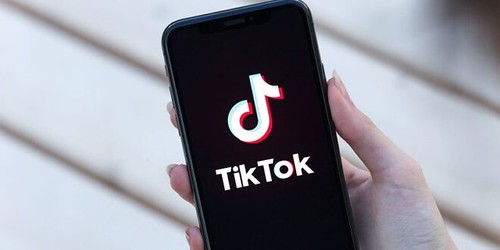 The day I downloaded Tik Tok, a little part of my soul died. For as long as I could remember, I had been the person making fun of my friends for having Tik Tok, but two weeks into quarantine, my pride gave into boredom, and I watched the little circle fill up as the app loaded onto my phone. I clicked on the blue and red faded music note. Videos flooded my phone as I scrolled and scrolled and scrolled. Seasons changed outside my window. Pages flew off the calendar.

When I finally emerged from my Tik Tok spiral, my mind felt numb. I couldn’t remember a single video I had just watched. Everything was a blur of catchy songs and wild effects. It only got worse from there. Pretty much every day for the next month, I opened Tik Tok when I was feeling bored or lonely or overwhelmed and ended up wasting hours scrolling through countless videos. I felt subdued, but none of my stress was resolved.

When quarantine started, a lot of us lost the things that used to make us happy. Those first couple of weeks were a difficult adjustment. We were trapped in our houses with pretty much nothing to do but to binge-watch television, and the fact that we couldn’t see our friends didn’t help. Many people felt bored and frustrated and helpless. I know I did.

As we embark on a new semester of Zoom University, we’re confronted with many of these same feelings. We’re forced to stay inside and stare at our computers all day long, and breakout rooms just don’t feel the same as in-person conversations used to.

Art therapy is a form of therapy that allows you to alleviate stress by making art. Usually, it means painting or creating other visual art forms, but it can be whatever you want it to be. Maybe for you it’s playing your guitar or writing angsty poetry or learning pottery. For me, it was making Tik Toks.

OK, so maybe you don’t think of Tik Toks as art, but making them is definitely therapeutic. Something about the process was really soothing for me. First, I would figure out what I wanted the video to be. Then I would find a song, an outfit to wear and start filming. Afterwards, I would edit and post. That was the best part about Tik Tok — I could go all the way through with something without losing my mind. At a time when I barely had the motivation to get through a movie, the satisfaction of making something, from start to end, was everything.

I’m not saying you have to go viral to be happy. You could make Tik Toks venting about your feelings or doing your makeup or parodying someone famous or even make your page entirely dedicated to zooming in on and editing random images until they look like the flag of Poland (as about 50 users do). The point is, it doesn’t really matter how you choose to express yourself as long as you are expressing yourself. You don’t even have to publish your Tik Toks. Just making them is therapeutic in itself, and it’s actually a lot of fun. You might just find that sharing how you feel with other people will make you feel a lot less alone.

Aside from being entertaining, Tik Tok is also extremely accessible. Other kinds of art therapy, such as painting or playing an instrument, require training and expensive supplies. To make a Tik Tok, you don’t have to buy a camera or expensive equipment. In fact, the most popular Tik Toks are often grainy and unprofessional. All you really need is your phone and your imagination.

This semester is going to be hard. There’s no doubt about it. Zoom takes all the fun parts out of classes and leaves us with the hard part. You’re going to feel overwhelmed and lonely sometimes, and that’s OK you just have to find an outlet for all of that angst. And listen, it might not be Tik Tok. All I’m saying is it doesn’t hurt to try.

Anna Velychko is a freshman writing about art and pop culture. Her column “Unquirky” runs every other Wednesday.

REVIEW: ‘The Lying Life of Adults’ is an unflinching, ‘honest’ look...