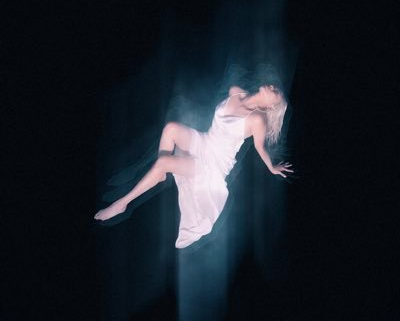 While it’s easy to upload and share new music nowadays, it isn’t easy to keep your sound fresh and original. However, if you’re 21-year-old Indonesian singer-songwriter Nicole Zefanya, known professionally as NIKI, it may almost look too easy. Citing R&B influences such as Destiny’s Child and Aaliyah, the young artist emerged onto the scene only two years ago and is currently signed with Asian-based music collective 88rising. Despite previously leaning more into R&B-inspired music, NIKI’s sound almost entirely evolves in her debut album, “Moonchild.”

A product of NIKI’s evolving personal maturity, “Moonchild” experiments with new sonic and visual aesthetics while maintaining her songwriter’s roots. The album’s first single, “Switchblade,” took fans by surprise as the artist premiered new white, moon-like hair and heavy pop-synth beats in her glittery, otherworldly music video. While not her most traditionally catchy or thematically profound track, it pairs the softer, breathy elements of NIKI’s voice with deep, heart-pumping synths to declare her love and excitement for new adventures and environments. Shocking, extraterrestrial and beautiful, “Switchblade” announced a dramatic transition from the parking-lot music videos of NIKI’s earlier projects and showed that “Moonchild” would be unlike anything she’s released before.

While other tracks return to her R&B-inclined tones, many still demonstrate thematic and sonic maturity. “Selene,” the album’s second single, plays with a funky, sexy bassline and introduces an even sexier alter-ego who’s “taken over” all sense of inhibition, according to the song’s lyrics. Tracks including “Wide Open” and “Tide” may also come as a surprise to longtime fans of NIKI, as her experimentation with dark, slinky spoken-word and rap verses — a music style not unlike that recently popularized by Billie Eilish — differs dramatically from the romantic, lighthearted R&B tunes early in her career. Both introduce two of the three “Phases” in the album and build on its mysterious and experimental aesthetic.

“Pandemonium,” the sixth track off the record, opts for a mellow lo-fi mood and rolls over you like you’re watching the ocean waves at night — a perfect addition to your night-vibe playlist. Meanwhile, “Plot Twist” touches on the magic of finding unexpected love in the story of life. Optimistic, harmonious vocals and playful lyrics like, “Between the wishbones and dot-dot-dots / There was always gonna be you and I,” makes this song feel as if it was giddily spinning off of a teenager’s diary page.

The album includes some deeply emotional tracks as well. Stripped down to emotive vocals, acoustic instrumentals and devastating lyrics, “Lose” has already made ripples in the online music community. A haunting melody follows NIKI’s journey of coming to terms with a fading love, she sings, “I don’t need a reason / To keep on dreamin’ / That we don’t lose, yeah, what’s the use?” On her Twitter page, she even revealed the song was recorded in one take: “Everything was kept & unchanged: every breath, every imperfection, the push-and-pull rapport with the piano. The same way we all tend to keep holding on to what is familiar… out of comfort, out of fear, out of fierce allegiance — all whilst unknowingly easing into the poison.”

Several other songs also feature notably moving themes. Slow, vulnerable and dramatic, NIKI’s vocals soar over a heavy, soul-stirring beat in “If There’s Nothing Left…” Think of a dramatic scene of two love interests crying together after a movie’s climax, and this song would definitely be playing. The album’s closer, “Drive On,” ends our journey through “Moonchild” with quiet contentment. Sampling a ’60s drum rhythm, it epitomizes the album sonically with its creative sampling of retro, acoustic and experimental instruments and harmonious, twisty vocals. Like the tired stillness of the ocean after a hurricane, “Drive On” concludes “Moonchild” by driving away from the storm into a soft, tranquil ending: “’Cause the beasts have scattered / Our story stains the ground / The bloodbath’s over now / So drive on.”

Dramatic, experimental and ethereal, “Moonchild” signifies notable growth and maturity in NIKI as an artist. Compared with her previous work of singles and EPs, this album’s use of creative sampling, mystical world-building and empathetic lyrics make it not just a captivating 34-minute listen, but also a declaration of serious artistry from its narrator. While those partial to NIKI’s songwriter roots may feel disappointed by the album’s emphasis on sonic aesthetics, it’s exciting to see her branching out of her comfort zone and fully embracing the bold, cross-genre aesthetic freedom that’s been successfully paved by highly acclaimed artists such as Billie Eilish and Lorde. Only the first album in NIKI’s discography, it’s safe to say that “Moonchild” is just the beginning for this gifted young artist.

REVIEW: ‘Unpregnant’ normalizes abortion through the lens of a female d...
Scroll to top