April anthems to get you through finals in one piece 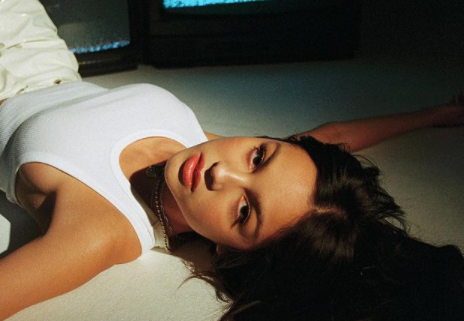 The glorious end of the semester couldn’t come fast enough, but there’s still April to get through. Luckily, with new music being released left and right, it shouldn’t be that hard, right? Well, here are some tunes from April to help speed up this month and send good vibes heading into finals.

April 26 marked the first comeback for this K-pop boy group, formed by the seven finalists of survival reality show I-LAND. “BORDER : CARNIVAL,” surpassed 450,000 pre-sales, a new high for a group that debuted not even five months ago.

Enhypen exceeds what is expected of a rookie group. “Intro : The Invitation” is an ominous invitation into an album that parallels their first one. “Not for Sale” is this album’s “10 Months,” giving Enhypen’s vocals their time to shine in the frontline. The explosive lead track “Drunk-Dazed” makes you feel doozy in a good way, like the second vaccine dose, then “FEVER” heats it up more, also like the vaccine.

All in all, “BORDER : CARNIVAL” is like a carnival; there’s so much being offered. They cover vast ground in just six songs along with intricate, ankle-spraining choreography. With the oldest and youngest members being born in 2001 and 2005, respectively, Enhypen is an emerging group that has already accomplished more with their lives than we can even dream of. They’re a force to be reckoned with and climbing the ranks faster than you can say “radi ra ra ra.”

“BORDER : CARNIVAL” is only one sample of that.

Like Enhypen, P1Harmony is a young and newbie K-pop boy group. Six months after their debut, the six members returned April 20 with their second mini album “DISHARMONY : BREAKOUT.”

Hip-hop seems to be the album’s overarching concept, and P1Harmony does it well. The members of the vocal line proved themselves again in this mini album, but the true standouts were the rappers. They shined in the ear-shattering (in a good way) percussion and robotic funk sound, particularly in the title track “Scared.” The beats resemble clashing metal and are simultaneously disharmonious and harmonious to create a euphoric sensation.

Most of the six-track mini album is high-energy, but “If You Call Me” is a nice mellow finale to lower your blood pressure. P1Harmony formed during the pandemic and haven’t been able to host in-person concerts, but when it’s their time to, other artists should be “Scared.”

The duo’s April 9 collaboration is the perfect song to gear up for a summer of resting and healing from this tumultuous year. No matter how many times this bubblegum pop finds its way onto your TikTok feed, “Kiss Me More” is sweet and refreshing each time with an addictive sprinkle of mature sensuality and innocence.

Though released April 1, “deja vu” is no joke. It was hard to top “driver’s license,” but the 18-year-old singer-songwriter delivered with another catchy single. Instead of being an ‘I miss you’ song, “deja vu” is more of a ‘you miss me,’ and that’s the character development we like to see.

Olivia proved herself once again as a vocal and lyrical genius (“She thinks it’s special, but it’s all reused” / “Do you get deja vu when she’s with you?”), and the song’s hollow sound and unique chord progressions mesh well together. If you weren’t already anticipating May 21 for Rodrigo’s first album, start now.

“Situation” by Ruth B.

Discovered on Vine from singing that one song about Peter Pan, Ruth B. released “Situation” April 16 as the first sneak peek into her second album, releasing June 11. The 25-year-old singer-songwriter displays a more mature side in this soft bedroom R&B pop. It starts out as a piano ballad then picks up with low-key hip hop beats, her voice husky, rich and healing throughout. Ruth B. is one Vine star that deserved her stardom.

“When I’m Older” by Ashe

When she’s not busy clowning One Direction fans, Ashe knocks it out of the park with her stellar vocals and reflective lyrics as seen in “When I’m Older,” released April 21. The choir at the beginning sets the ballad’s vulnerable tone and reflection of getting over and growing up from a past love. Described as “the last piece of the album puzzle” by the singer-songwriter herself, listeners are in for an emotional treat with her debut album, coming May 7.

Following the upbeat “Sacrifice,” Bebe Rexha switches it up with the powerful ballad, released April 16. “Sabotage” is an impressive preview of Rexha’s forthcoming sophomore album, releasing May 7. Driven by the rich tones of piano, each verse adds additional layers of instrumentation to turn up the song’s intensity as Rexha sings with more power.

Likening herself to “the queen of burning bridges,” Rexha dives head first into her insecurity and calls out her self-destructive behavior, hitting listeners close to home in the process. But no matter how much this song resonates, don’t let it ring true during finals week.