Anthony on LA: Lakers falling into play in tournament is what they need 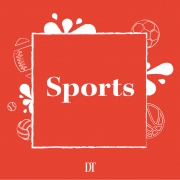 What’s been more up and down since my last column — the Los Angeles Lakers or Dogecoin?

It’s been a little over a month since I wrote about Los Angeles sports and things have been shaky, to say the least.

The Lakers have really stunk, holding a record of 8-9 during that time and losing some questionable games against the Sacramento Kings and Toronto Raptors — two teams holding real estate at the bottom of their respective conferences.

A record like that threw Lakers faithful into a frenzy. Sure, they haven’t looked good during the last month, but it’s worth noting that this has simply been the fact that they haven’t been healthy at all.

LeBron James, the main actor in “Space Jam: A New Legacy,” has only played four games since April 15 after suffering a high ankle sprain against the Atlanta Hawks. Having LeBron out for an extended period is bad enough for this Lakers team, but his co-star Anthony Davis missed just over two months with a calf injury.

Throw that into a mixing pot and what you get is the unappetizing play of the Lakers in the last month. They’ve fallen into the seventh seed in the Western Conference, forced to be in the NBA’s new play-in tournament.

The Lakers are finally catching fire at the right time. They won five games in a row to close out the regular season, and seem to be gaining momentum going into the play-in tournament. They have their chance to keep going on a positive note, but there’s some risk.

The tournament has its critics, notably LeBron, but it added an exciting factor to late-season basketball that’s been missing for a while now. It works pretty easily too.

Let’s say the Lakers lose to the eighth seeded Golden State Warriors in their play in-game, meaning the Warriors are the seventh seed in the Western Conference. The Lakers will have another chance to make the playoffs. They’ll play the winner of the ninth and tenth seed game. The winner of that now becomes the eighth seed in the Western Conference. If you lose that game, you’re out of the playoffs completely.

The same process happens in the Eastern Conference which creates so much confusion for some NBA fans they’d rather just go back to school.

It all seems like a nightmare scenario for the defending champions, but it’s far from that. The worst-case scenario is that the Lakers fall into the eighth spot and face the Utah Jazz or miss the playoffs.

With all that being said, the play-in offers the Lakers a chance to get some reps together.

Prior to the Lakers game against the Indiana Pacers on Saturday, the starting lineup of LeBron, Davis, Dennis Schroder, Kentavious Caldwell-Pope and Andre Drummond had only played a whopping one game together.

Clearly, that’s not enough time to build chemistry between themselves on the court, let alone win an immediate playoff series. They need more reps, even if it’s just an extra game before a playoff series, which is imperative if they face teams like the Jazz and Phoenix Suns in the first round that’ve been healthy for most of the year.

Most importantly though, it allows LeBron and company to get the rust off their game. Watching the previous three games, it seems like LeBron is in mid-season form, but it’s better to be safe than sorry.

And for Head Coach Frank Vogel, he can finally take a look at a possible playoff rotation. It’s been practically impossible to figure out a rotation with so many bodies missing. But the play-in game is a perfect way to find the best lineups that work on the court.

It’ll take some luck and challenges, but if all the stars align, we’ll be wearing championship shirts once again this summer.

Anthony Gharib is a rising junior writing about all things Los Angeles sports. His column, “Anthony on LA,” runs every other Wednesday.

Letter from the editor: We must allow ourselves to feel