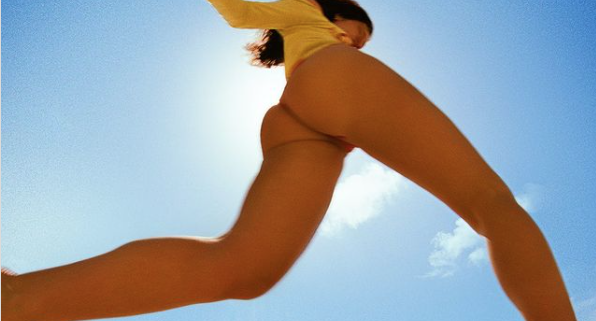 It was a noble hope, but four years have certainly passed. Patient fans waited and yearned, and were finally given “Solar Power,” which was released last Friday.

An immediate energy of jubilance and the carefree excitement of a perfect summer preceded the album, when the titular track was released as a single alongside an album cover that promotes pure, naked enjoyment (literally).

However, when taken in its whole, “Solar Power” exceeds the simplicity of the windows down, soul-lifting vibrancy it initially teased. Deeply reflective of times both passed and coming, the album sings of gratefulness, mourns youthful mistakes, appreciates nature and fears for it.

In a departure from her typical, distinctly pop sound, Lorde and producer Jack Antonoff use organic instrumentation and wistful lyricism to encompass the uncertainty of aging in a world that itself inches into a new and undetermined era of existence.

Leaving behind the electronic style of Lorde’s first two albums of thrills and partying, “Solar Power” invites us to pursue peace and wellness over acoustic guitars and calming rhythmic drums. Riddled with hyper specific allusions to Lorde’s own life as well as abstract musings on the state of nature, “Solar Power” captures an attempt to be well in the face of both our intimate, personal struggles and a world threatened by climate change.

As with Lorde’s previous work, the music is hypnotic, drawing you into her words as if everything she sings holds a hidden answer. Lorde, however, makes it clear in the first track that she doesn’t want to be the answer holder any longer.

In “The Path,” Lorde’s lyrics read, “If you’re looking for a savior, well, that’s not me.” The song alludes to Lorde’s own struggles, dismantling the worship of celebrities by insisting that we all hurt; no one knows the answers, not even Lorde.

Though insisting she can’t save us, Lorde still manages to share her best advice, encouraging the search for wellness in the natural world. A reverence for sun, water and earth is prevalent throughout the entire album, reflective of her home country, New Zealand.

Though the album encourages healing and happiness through appreciation of the world, there are inevitable moments of mournfulness for the lovely bits of nature that deteriorate around us.

In “Leader of a New Regime,” Lorde imagines a time in the future where we’ll have to pack our bags full of SPF 3000 and escape to the natural sanctuaries of the world to begin again. At a minute and a half long, the song serves as an interlude, lending to the feeling of fleeting thoughts we have throughout our days in this climate crisis era.

Lorde takes a more serious tone on existentialism in “Fallen Fruit,” where she bemoans being left to a world destroyed by previous generations. The song’s ethereal tone invites existential thought, especially coupled with Lorde’s nearly whispered declaration, “It’s time for us to leave.”

At its halfway point, the song also features the album’s only use of an 808 drum, the electronic sound used abundantly in Lorde’s earlier work. This shift to a more familiar version of Lorde’s music even further draws listeners in to ponder the past compared to the present and how one will continue to change as the world does. The familiarity of the sound grounds the mysticalness of “Fallen Fruit” in something more recognizable, more human — almost as if it is a call to action.

Additional musical details throughout the album subtly link “Solar Power” to its predecessors “Melodrama” and “Pure Heroine.” In “Secrets from a Girl (Who’s Seen It All),” which Lorde described as being written for her younger self, vocal echoes pay homage to the sounds of “Pure Heroine.”

Lyrical linkages between new and old Lorde are also embedded throughout the album. In “Big Star,” written in tribute to Lorde’s recently passed dog Pearl, Lorde sings, “Every perfect summer’s gotta say goodnight,” which alters a lyric from the “Melodrama” classic “Liability,” “Every perfect summer’s eating me alive until you’re gone.”

The final track, “Oceanic Feeling,” directly confronts the separation of New Lorde from Old Lorde. “Now the cherry black-lipstick’s gathering dust in a drawer,” sings Lorde, alluding to herself in her “Pure Heroine” era. “I don’t need her anymore.”

The album marks a shift to a new version of Lorde. Regardless, she returns to the music scene with valuable things to ponder and a devotion to the betterment of our world and ourselves.

Lorde may emerge four years from now, or whenever the sun leads her path to the studio again. For now, float on the wave of “Solar Power” excitement, enjoying the new feelings Lorde has invited fans to bask in. From suburban streetlight to psychedelic limelight and, now, to glorious beachy sunlight, Lorde proves with “Solar Power” that she has come far and may yet have further to go.