Your guide to Latinx streaming 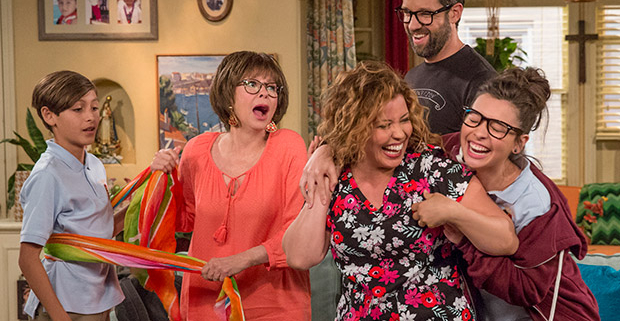 Navigating streaming services for authentic, celebratory Latinx stories can be challenging, especially for young adults who may not enjoy telenovelas as much as their tias and are too old to stream Latinx kids shows like “Soy Luna.”

But luckily, this guide to streaming Latinx movies and TV has a number of hidden gems from various services that provide a modern take on Latinx culture, and of course, wouldn’t be a complete guide if it doesn’t include one or two classics.

Everyone has heard of “Elite” and “Pretty Little Liars,” but what if there was a show that combined both the mystery of “PLL” with the storytelling and intrigue of “Elite”?

“Control Z” is a Mexican TV drama that follows the student, Sofia Herrera as her school, Colegio National, undergoes a series of targeted attacks from a hacker who is releasing everyone’s secrets to the world. The show was released in May 2020 and released its second season this summer.

The show is not only suspenseful and entertaining, but it also deals with issues within the mental health sphere and LGBTQ+ community, which are both areas that are often ignored or set aside in Latinx culture.

The 2019 remake of “Miss Bala” with Gina Rodriguez brought more light to the very real issue of cartel violence from the perspective of women who are taken advantage of. The story follows Gloria, who migrated to the U.S. after being born in Mexico, as she is kidnaped and forced to be a part of the cartel all while trying to figure out what happened to her friend, Suzu, who was also a victim of kidnapping at the hands of a cartel.

“Miss Bala” deals with real issues facing Latin America such as gun violence, cartels and violence against women while also touching on modern topics such as the identity crisis Gloria experiences as a Mexican American.

One Day at a Time (TV show, Netflix)

Norman Lear’s remake takes place in Echo Park, Los Angeles and follows a family of Cuban-Americans across several generations. The family showcases the experience of Penelope Alvarez, a single mother with two kids Elena and Alex and a caretaker for her mother, Lydia Riera.

This sitcom showcases the authentic experiences of Latinx families in the US as they navigate tradition and preservation of culture with progression. “One Day at a Time” tackles traditionally taboo topics such as post traumatic stress disorder, being both LBGTQ+ and Latinx, religion and sex.

It wouldn’t be a complete guide without “Coco.” The 2017 classic follows Miguel as his aspiration to sing leads him to an adventure in the ancestral land. The animated movie takes the time to beautifully represent both Latinx culture and the holiday, Dia de los Muertos, along with showcase what’s at the core of Latinidad: family.

From the music to the visuals, to the storyline, “Coco” is a modern-day classic that is both comforting and wholesome to watch.

Although not an exclusively Latinx show, “The “Fosters” spinoff show takes place at the heart of L.A. and, similar to its parent show, deals with many Latinx issues. “Good Trouble” follows Mariana and Callie Adams Foster into adulthood and centers on stories of people who are often not the center of attention.

Mariana’s storyline varies from her navigating being a woman of color in STEM to her finding herself as an adult. Other Latinx experiences include Gael Martinez and his sister, who both struggle to co-exist with their traditional family and their queer identities. “Good Trouble” does a good job of highlighting different struggles and often overlooked experiences of marginalized communities, especially the Latinx community.

Although it may seem difficult to find authentic Latinx stories in movies and television, there are so many hidden gems out there that deal with real Latinx issues, traditions, and celebrations that are made by and for fellow Latinx community members. This guide is not a tell-all of what good stories are out there, but it does give a general idea of what times of storylines may be of interest to young adults at USC looking to expand their horizons and perspective.

Another classic must-watch is the 1997 Selena movie with Jennifer Lopez that follows the upbringing and career of Texas Tijana singer Selena Quintanilla. This classic is not only filled with bops like como la flor, la carcacha, and dreaming of you, it provides insight on a singer who inspired many people and dealt with the hardships of being both Mexican and American which was an even greater challenge in the music industry.

“Selena” is still today one of those movies you can’t not watch at least once or twice a year, despite her tragic death, her story was inspiring and beautiful to follow.

La Niña is based on a true story in Colombia of a girl who was forced into warfare at a young age and now has to deal with the aftermath of trying to escape the cycle of war and violence she was set on. This includes her having to reintegrate with society and face what she did.

This story deals with tough issues that are real and have impacted many peoples’ lives. It also provides insight on first-hand experiences of this warfare and does justice inaccurately portraying the issue at hand: violence, trafficking and exploiting children in war.