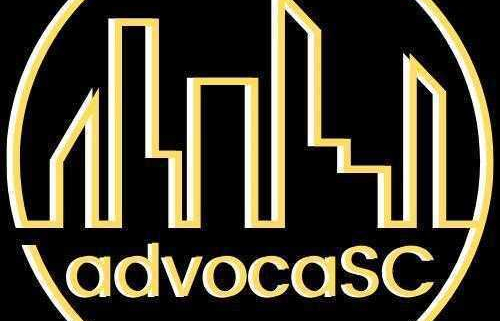 During her freshman year, Teya Hisel grew frustrated because of how closed-off USC is from the surrounding community.

“USC was making me really angry,” Hisel said. “I would walk through the gates and have to show my ID after a certain time — we literally live in a gated community.”

Coming to USC, Hisel knew she wanted to see more community engagement from USC as she believes they are “not doing nearly enough.”

Hisel sought out opportunities on campus to get involved, including the United Way and the Downtown Women’s Center, and hoped to join the Housing Equity Project, a student organization that promotes housing equity around L.A., But when USC shifted to remote learning amid the coronavirus pandemic, the club died out and Hisel began to think of other ways she could get involved in advocating for housing equality.

This semester, alongside Thomas Martynowicz, a sophomore majoring in international relations, and Atharva Tewari, a junior majoring in journalism and global studies, Hisel created advocaSC, a club that aims to support unhoused community members of Los Angeles through policy advocacy, education and outreach and direct service.

“I built advocaSC based off of the idea that you can’t do direct service without [also] addressing systemic issues, without addressing policy at the same time, and without educating the people in your community to support those policies and support that service,” Hisel, a junior majoring in global studies and philosophy, politics and law, said.

The club meets Tuesdays at 7 p.m. in THH 115 to coordinate upcoming projects and learn more about the issues faced by LA’s unhoused population. AdvocaSC also shares informational flyers on its Instagram profile and gives attendees the opportunity at the end of each meeting to anonymously submit questions about the houselessness crisis to be answered at the next meeting.

In March, the club hosted an event with the United Way of Greater Los Angeles community activation specialist Sarah Thomas and associate director of policy at LA Family Housing, Zack Warma, to discuss work in the nonprofit world.

Hans Yang, a sophomore majoring in international relations with an emphasis on global business, has attended meetings since they began in January. Yang said he didn’t initially know much about the issue of houselessness in L.A. but decided to learn more because he, like other students, has lived in the city for the greater part of the year.

“The more I learned about it, I realized that it’s a really serious problem in L.A. and across America,” Yang said.

Students like Yang who have an interest in learning more about the houselessness crisis are encouraged to join advocaSC, even if they have no prior knowledge of the issue.

“If you want to join, then don’t be intimidated. There are so many people here who came in and they were like, ‘We have no idea about this,’” Tewari said. “You can come with no background information and we’ll educate you. This is a safe space for that.”

Kamy Akhavan, executive director of the USC Center for the Political Future, serves as the club’s adviser. Although the club is not directly affiliated with any other organizations, Hisel said she hopes to partner with CPF and other student organizations in the future.

Hisel and Martynowicz met through DPE and took inspiration from the fraternity’s meetings to develop their own unique tradition. At the start of each meeting, a small stuffed dog is given from the member who received it last to another member they wish to recognize.

“We do this thing in DPE where there are these stuffed foxes and every chapter meeting, whoever has the fox from last meeting gives it to someone else and recognizes them for something cool that they did or just being a cool person or whatever,” Hisel said. “I wanted to throw our own twist on it.”

Initially, Hisel thought of bringing in a stuffed apartment complex because the club advocates for multifamily homes and massive building of affordable housing, but then came across a doghouse full of stuffed dogs and saw the opportunity for a play on words.

“I’m a huge fan of like wordplay and puns, as you can tell by advocaSC,” Hisel said, “I saw it and I was like, ‘Oh my god, we can reclaim the idea of being in the doghouse as a good and celebratory thing because this is housing policy.’”

“[AdvocaSC] meetings are a great time with a great community of like-minded individuals trying to make our community a better place,” Martynowicz said.