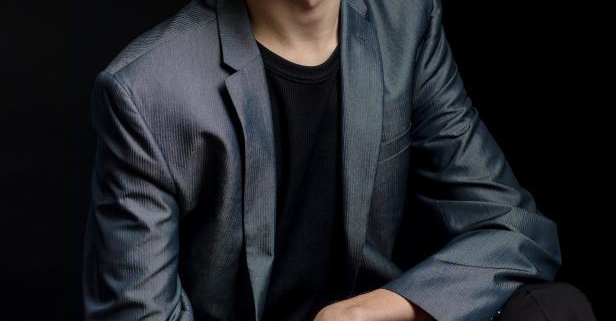 Cameron Williams was only nine years old when he first sat down in front of a Steinway & Sons piano and pressed on its black and white keys. His family inherited the 100-year-old piece from his great-grandmother and had no way of predicting the passion it would spark within their son.

After taking lessons with a local teacher growing up, Williams received instruction from University of Arizona professor of piano Tannis Gibson. While working with her, Williams elected to pursue piano in college. However, he did not want to limit his studies to only piano.

Williams, now a fifth-year senior, arrived as a member of Thornton School of Music professor Bernadene Blaha’s piano studio, though he eventually added his second major, computer science games, afterward. Blaha first met Williams when he was a senior in high school asking to take a lesson — a common step for aspiring piano students. Upon first meeting, Williams’ talent and drive for piano were evident.

“I was fully confident that he had incredible potential. It was evident that he was extremely talented, extremely intelligent and his attitude was very positive,” Blaha said. “I could tell that he was filled with a passion for music, music performance, as well as all of his academic studies.”

Blaha, after five years of weekly classes, said that Williams continues to impress her, whether that be by choosing his own music for recitals, striving to continually challenge himself or pursuing rigorous academics because of his double major.

“To be able to do a piano performance major, having the profile that he does, while managing another major in computer science is really outstanding,” Blaha said. “He also has done very, very well in competitions and has performed under pressure.”

During his time working with Blaha, Williams traveled to the Amalfi Coast in Italy and Leone, France to compete and learn from some of the most premiere piano players in the world.  Although he enjoys playing around the world, Williams remained insistent that to make a career out of piano, he would need more than just talent.

“[As a pianist], I was kind of hedging my bets. If I become successful as a pianist, I get super lucky, I’m going to do it,” he said.

Unlike the lifelong video game creators that share his major today, Williams came to USC as an avid pianist, feeling instead that he delightfully stumbled into making games. However, he got fully involved in the program after his junior year when he received a summer internship with Wizards of the Coast — the company behind “Dungeons & Dragons” and “Magic: The Gathering,” a game he played since the age of 10 after coincidentally learning to play the game at a piano summer camp).

“I was sitting in my apartment in February, and my roommate asked me if I had seen this email from USC games because they were having Wizards of the Coast interviewing people on campus for internships … and I had not seen the email,” he said. “If I had chosen to not make breakfast that day, she might never have told me, and I never would have gone.”

As a frequent collaborator with Williams, Weston Bell-Geddes has closely watched Williams chase his two passions. As lead producer of SPOOKULELE, a USC Advanced Games Project, Bell-Geddes has had a front row seat to this balancing act.

“Recently, he was preparing for his recital, which I went to. And so he spent a lot of time doing that, he had to take a lot of time off,” said Bell-Geddes, a junior majoring in interactive entertainment. “But he never fully stepped back, which I appreciate and respect from his duties on SPOOKULELE.”

Although Williams saw his two lives as completely independent, he is a unique asset to the development of SPOOKULELE, where players use music to fight ghosts, according to Bell-Geddes.

“He uses a lot of his knowledge from piano in our game,” Bell-Geddes said. “We think he’s a really valuable asset and person on the team because he can bring in a whole new perspective.”

After working on a plethora of games and competing in international piano competitions, Williams has elected to keep piano as  a passion for now, with a job at Wizards of the Coast designing magic cards lined up after graduation.

“Working on ‘Magic’ is basically my dream job,” he said. “I’m super grateful to have gotten this opportunity because … it’s really something I’m passionate about so I feel super lucky to be able to work on it.”