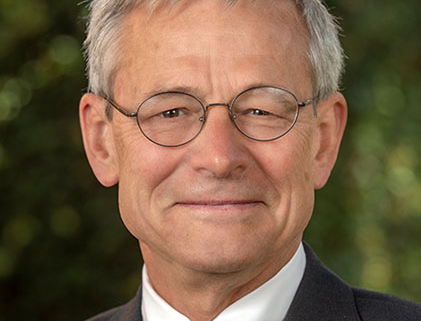 “I want to thank Provost Zukoski for his dedication and service to USC, our faculty, staff, students, and communities,” Folt wrote. “This is an exciting time of growth and innovation at USC, and we will seek to identify a dynamic and strategic leader to continue building on the programs and legacy created by Provost Zukoski.”

Unlike other community messages from Folt, the announcement of the Provost’s resignation was not sent to students. The Daily Trojan was able to confirm that faculty and staff, however, did receive an email with the announcement attached. The University declined multiple requests for comment on the matter, and Zukoski was not made available for an interview.

Prior to his USC provostship, Zukoski served as provost and vice president of student affairs at the University at Buffalo, and prior to that as the vice chancellor for research at the University of Illinois at Urbana-Champaign.

Folt appointed Zukoski as provost in 2019 to succeed Michael Quick, with Folt telling the Daily Trojan that he was the “right person for the right time at this institution.” The Board of Trustees had appointed him as a unanimous first choice among more than 300 other applicants, she said.

The coronavirus pandemic predominated Zukoski’s time in office. In her Nov. 22 message, Folt lauded Zukoski as having “played a pivotal role in the University’s response,” coordinating an immediate shutdown of University campuses in March 2020 and launching an initiative to return to in-person instruction the following year.

The return to campus was repeatedly delayed until January 2022, citing high positivity rates as cause for concern. In the meantime, Zukoski worked to prioritize students’ mental well-being, including by adding wellness days throughout Spring 2021 in lieu of a spring break and expanding mental health resources.

Zukoski also oversaw the University’s response to a slew of controversies under his leadership. After multiple druggings and sexual assaults were reported at the Sigma Nu fraternity, he created the Working Group on Interfraternity Council Culture, Prevention, and Accountability.

Following anti-Zionist and antisemitic tweets from a student which caused uproar and culminated in a faculty open letter, Zukoski responded by saying the University “will continue to support programs, groups, and actions that will help us address it.”

Most recently, Rossier withdrew from the U.S. News & World Report’s annual graduate school rankings, following reports that the school had submitted inaccurate data to falsely raise its scores. In his announcement of the decision, Zukoski assured the Rossier community that the school takes the responsibility to adhere to the specific reporting requirements of the ranking organization “very seriously”, and included a statement from Rossier Dean Pedro Noguera saying he supports “the University’s decision to conduct an independent investigation.”

Zukoski will take a leave of absence before returning to a position as a professor of chemical engineering and materials science in the Viterbi School of Engineering. Executive Vice Provost Elizabeth Graddy will serve as interim provost while the University searches for his replacement, Folt’s statement read. Graddy had also served as interim provost before Zukoski was appointed in 2019.

Is moshing a partygoing activity to die for?

Senators vote to incorporate the Joint Assembly of Military-Associated Stud...
Scroll to top