USC seeks revenge against No. 4 Stanford 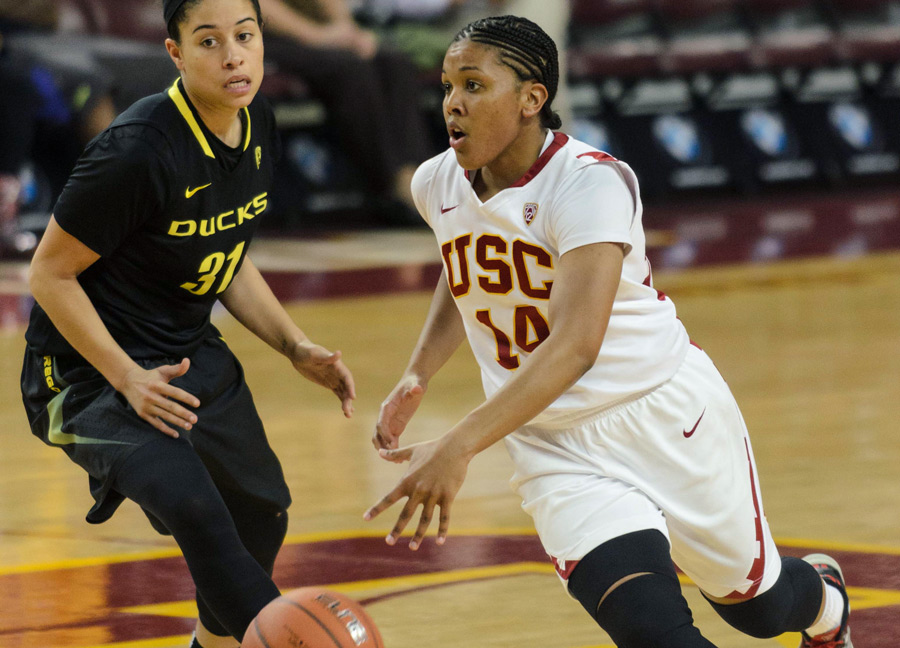 The Women of Troy are in the homestretch, hosting Bay Area rivals No. 4 Stanford and No. 19 Cal in their last two home games of the regular season. As the season winds down, the Women of Troy (16-10, 9-5 Pac-12) have one last chance at breaking their 13-game losing streak against the Cardinal (25-2, 13-0). “Our focus is reducing the amount of turnovers we commit and defending the three-point line,” said head coach Cynthia Cooper-Dyke.

Despite a great start to the season and a dramatic overall improvement from last season, the Women of Troy have lost their stride at times in the second half of the season — the catalyst being the road loss at Stanford late last month that led to a three-game skid for the Women of Troy following the visit to The Farm.

Cooper-Dyke began preaching the importance of being a “defense-first” team at the beginning of the season. The coach attributes much of the team’s early success to that mindset as the Women of Troy came out of the gate swinging. Not only were the Women of Troy 3-0 to start the conference season, but they played with purpose, avenging losses from the previous season against all three of those opponents (UCLA, Utah and Colorado).

“We have to get back to the basics,” Cooper-Dyke said. “We have to play physical basketball, execute offensively, rebound the ball and not allow teams to get second and third looks at the basket.”

The matchup against Stanford will certainly be a challenging test. The Women of Troy will have to elevate their performance at both ends of the court to upset the reigning Pac-12 champions.

“I tell the team, ‘We have got to make better decisions,’” Cooper-Dyke said.

Though defense is paramount, the Women of Troy can’t forget to show up on offense, as both Stanford and Cal are strong defensively.

“Our offensive strategy is going to be cutting to the basket, knocking down outside shots and taking wide open shots without hesitation,” Cooper-Dyke said.

Stanford senior forward Chiney Ogwumike, the frontrunner for Pac-12 Player of the Year, is the team’s only player with a double-digit scoring average (27.1 points per game). Ogwumike gave the Women of Troy’s defense fits in the two teams’ last meeting, as the unanimous preseason All-American racked up 30 points and 12 rebounds.

“There is no way to completely stop her on either end of the floor,” Cooper-Dyke said. “She is simply a fantastic talent; all we can do is double-team as much as we can.”

The Cardinal shot nearly 51 percent when the Women of Troy made the trip to The Farm. Though USC kept it close in the beginning, Stanford’s seven three-pointers were instrumental in the 88-59 blowout.

This time around, the Women of Troy have the opportunity to close out their home slate with a major upset and gain the necessary momentum as they move into the postseason.

A win against these ranked opponents requires each member of the team to step up.

“It can’t just be the [senior forward] Cassie Harberts show,” Cooper-Dyke said. “Other players have to be accountable and step up to the challenge.”

The Women of Troy will also take on Cal (18-7, 10-4) this weekend after pulling out a 77-70 win earlier this season. In that game, USC junior guard Ariya Cook took her coach’s motivational words to heart, racking up 34 points by the game’s end — the most by a single player on USC’s women’s basketball team since 2002.

California health care bill will serve as an economic burden