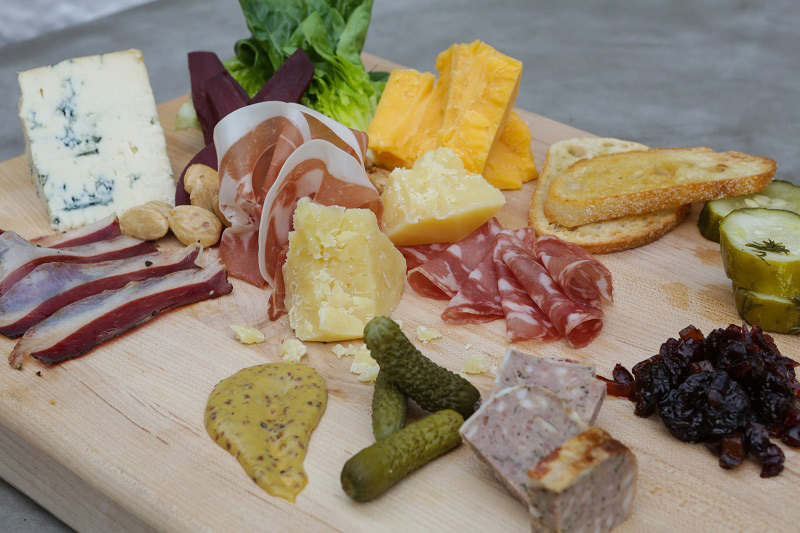 Eating eco-friendly doesn’t have to be a good homecooked meal bought from the local farmers market. This is the idea behind Justice Urban Tavern, the new American restaurant on the border between Little Tokyo and Civic Center boasting a menu using locally sourced ingredients. Serving up justice · Little Tokyo’s Justice Urban Tavern pays close attention to stylish decor and service, but miss the mark when it comes to food quality with few stand out and some bland dishes. – Photo courtesy of Justice Tavern

The menu itself is pretty standard fare, featuring typical burger, pasta and various types of grilled meats ranging from steak to barbeque ribs. In all honesty, not much stands out. You pick your dish, and choose from one of five sides to complement it. The appetizers are a little more eclectic, but nevertheless feature pretty standard fare.

One of the better dishes is their Angel City IPA Battered Pacific Cod, which is battered using beer from Angel City brewery, less than a 15 minute walk away in the Arts district.

The most striking feature of Justice Urban Tavern is the tasteful design of the space. The indoor space has high ceilings and is well lit by a combination of skylights and warm lights, leading to a brightly sunlit area during the day and a warmer, cozier lighting at night.

The interior décor is a mix of rustic and modern, featuring countryside–inspired touches such as wooden floorboards and slate columns. The furniture itself is widely spaced, and organized in such a manner that the restaurant itself manages to feel spacious yet intimate. This even carries over into the utensils and plating, with the water glasses being served in a glass the color of a wine bottle, and a water pitcher that resembles a large bottle.

The outside is much more modern, featuring a large outdoor patio with tables and chairs. Some chairs are your typical outdoor patio chairs while others are large rocks whose tops have been cut flat and polished, with cushions  placed on top to form large, and very unusual benches.

The food itself is hit or miss, however. Their specialty is “The Barrister Burger” a burger on a brioche bun with American cheese, butter lettuce, roasted tomatoes and house pickles. The side that immediately comes to mind to accompany this dish are the hand-cut fries with spiced ketchup. The burger itself is a lesson in elegant execution, with its simple ingredients forming a whole greater than the sum of its parts. I ordered it medium rare, and it came out grilled to perfection. Very slightly charred on the outside, with a juicy and savory inside, the patty comes across as simple and beautifully done.

The burger itself draws immediate comparisons with In-N-Out. Both are simple, and do not contain exotic ingredients that other restaurants, such as Chego and Umami Burger, add into their burger. The Barrister burger however, is significantly more expensive at $12. That extra cost nets you a significantly thicker grilled patty, as well as quality ingredients and several sides. The fries themselves are mediocre. They are well fried on the outside, but are very mushy on the inside and overall just average. The house pickles have a spicy kick to them, while the roasted tomato comes across as clean and flavorful. Combined, they are the perfect palate cleanser.

The “Roasted Spring Veggie Paperdelle Pasta” however, did not fare as well. Served with spring vegetables such as carrots, asparagus and broccoli, as well as pan seared tomatoes and shaved dry jack cheese, the pasta was dull at best. One would imagine that ingredients with such strong taste such as asparagus and tomatoes would come across as incredibly flavorful and pleasant to eat. In reality, the dish is fairly tasteless. The tomatoes were undetectable, if present at all, and the carrots and broccoli were nearly devoid of taste. Even the asparagus was largely flavorless. Though the pasta noodles themselves were decent, cooked just to al dente, they were largely unremarkable and the dish as a whole overwhelmingly tasted mildly of cheese and a light creamy mushroom sauce. The pasta was ordered with a side of asparagus and mushrooms. Surprisingly, the asparagus in the side was much better tasting, though it was a little too heavily salted.

The service at Justice Urban Tavern is fantastic. The waiters are attentive and polite, and catered to every need. There was a slight mishap when our table was confused for another, but that was quickly fixed and the rest of the time there was spent without issue. The food came out surprisingly quickly, and they were also very quick in bringing our check, despite the fact that there were many other people dining there as well.

Though some may not find the higher price tag worth a simple, delectable, brilliantly grilled burger, Justice Urban Tavern is definitely worth a look. The service is great, the atmosphere and décor are amazing and the food, while hit and miss, is definitely worth trying. It might not be as much of a value as the $10 ramen at nearby Daikokuya, but the extra few dollars nets you a better environment, significantly better service and a much shorter wait in line.