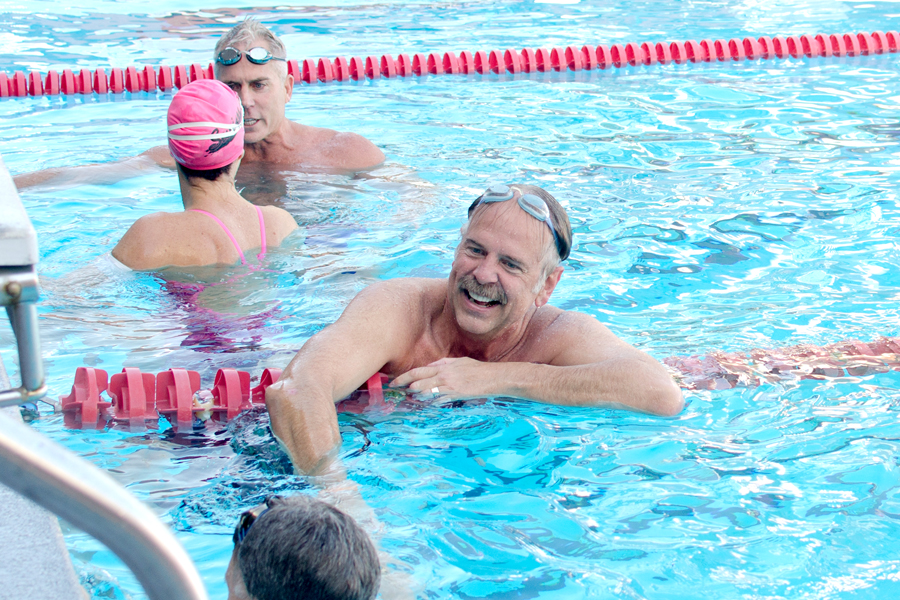 This Saturday marked the 34th annual “Swim With Mike” charity swim-a-thon at the Uytengsu Aquatics Center on the University Park Campus. The event brought together athletes and individuals from across the university, including members of the swim team, the football team and the Song Girls. The organization, which began at USC, aims to provide financial support for athletes who are faced with life-challenging accidents or illnesses and wish to pursue a college education.

Mike Nyeholt, for whom the event is named, graduated from USC in 1978 with a degree in business administration and finance. In 1981, Nyeholt — who achieved All-American status and three NCAA swim team titles during his time at the university — broke his neck in a motorcycle accident.

“A bunch of my friends and family — the guys I used to swim with here at USC — organized an event called Swim for Mike [and] raised a whole bunch of money,” Nyeholt told KTLA. “It was more money than I could use to help me in my recovery, and I said to my good friend Ron Orr, ‘Let’s put this into a scholarship fund and help somebody out.’”

Since its inception, the organization has expanded to offer scholarships to students beyond USC and today reports it represents 141 college scholarships at 68 different schools and has raised more than 14.2 million dollars.

“The scholarship was born, and we didn’t know there was a need, but it turned out we had three in the first year that qualified for our scholarship,” Orr told KTLA. “It’s continued to grow.”

USC Helenes and Trojan Knights volunteered at the event. Some worked at the silent auction while others swam to help raise money for additional scholarships. Ruchie Bhardwaj, a member of the Helenes, said the event raised more than 1 million dollars.

Bhardwaj helped check visitors into the event, including prior Swim with Mike scholarship recipients. Bhardwaj said recipients were happy to see the dedication of the USC community as well as the organization’s continued success.

“We wanted to raise as much money as possible for the people who needed it for their scholarships,” Bhardwaj said. “It was my first time and it was really cool, so I’m definitely going to [volunteer] again next year.”

A major rager at Springfest
Scroll to top