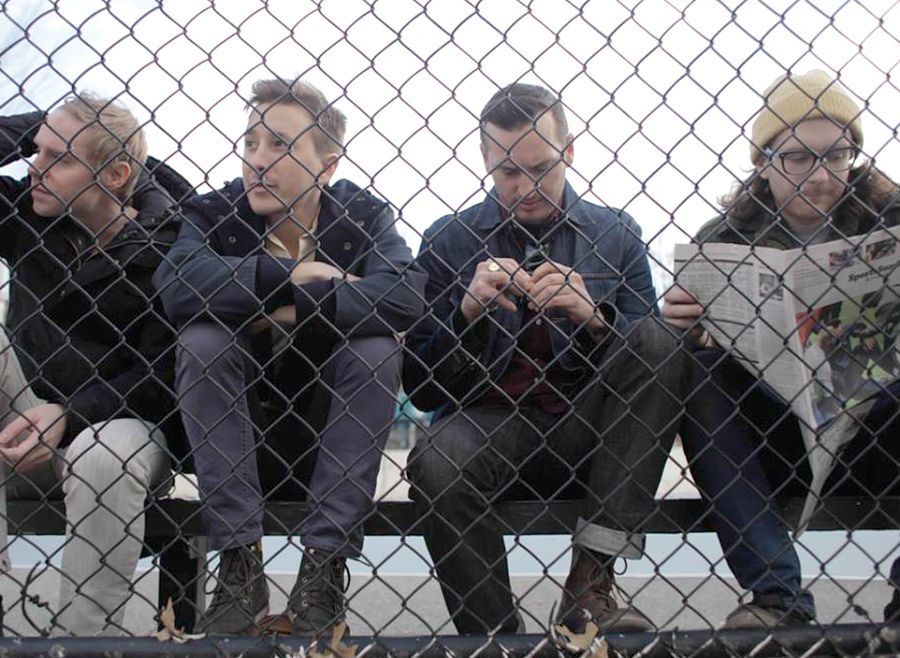 The scrappy indie-rock, post-punk quartet Bear Hands is steadily accumulating praise and attention for its frenetic yet poppy single “Giants,” a tune that stands out on the band’s February release, Distraction, a sophomore effort four years in the making. The four Brooklyn, N.Y. natives and self-proclaimed “white dudes” will join an elite rank of bands and musicians at this year’s Coachella Valley Music and Arts Festival in Indio, Calif. The band will be playing at 12:50 p.m. on the Mojave Stage on Saturday.

Ted Feldman, the band’s guitarist, spoke to the Daily Trojan about Bear Hands’ first Coachella performance this weekend and what audiences can expect.

DT: Where did the name Bear Hands come from?

TF: Oh gosh, I don’t know. Val, our bass player, threw it out off the top of his head one time when we really needed to come up with a name, and it was the first thing nobody immediately batted down, so it just stuck.

DT: You just released your second album, Distraction, this past February after four years. How was that hiatus, and how did it influence this new record?

TF: The songs were written over the course of the four years. We did a lot of touring in that time. We just went through four years of life. Relationships changed, and as we grew as people, our music changed. I’m sure the influence was a lot, musically and lyrically. A lot of the songs are about certain events and people that we encountered during that period. But life basically influences art in general, so that was very important for the record. But we didn’t sit there and see the record being done at that time. There were a bunch of songs written over that period.

DT: For people who haven’t heard you, how would you describe your music?

TF: I usually say we’re four white dudes in a rock band. You should listen to it anyway.

DT: I guess that’s worked, because a lot of outlets have labled the band as “on the rise.” Does that put more pressure on you guys to live up to that title?

TF: I don’t feel a lot of pressure. It’s really flattering to be singled out, but we’ve been playing shows for a long time, so we’re just going to do our thing and hopefully people like it and support it.

DT: You’ve played a lot of festivals before, such as South by Southwest. How does playing a festival differ from other concerts and venues?

TF: A lot of the time, festivals are played during the day, and that’s a different story because for starters, people aren’t drunk yet. Maybe they are, but I feel like you can tell. People might be checking it out rather than buying a ticket specifically for your show so you are playing for a broader audience. It feels different, and also you get to watch a lot of bands. There’s a lot playing at this festival.

DT: Who do you want to see perform at Coachella?

TF: I will be really upset if I miss Outkast. It’s a crazy lineup. We were talking about The Replacements, but I think we’re going to miss them. The Pixies, who were just added, Chance the Rapper. I’ve been wanting to see him perform. Anything I can get to.

DT: With a good lineup, there are a lot of time conflicts. What would you say to convince people to come check you out during your time slot?

TF: We’re giving away free marijuana, and there’s going to be a clinic truck parked so you can get tested for STDs. A lot of good stuff.

DT: What’s the craziest thing that’s happened to you at a festival?

TF: I almost got arrested when we played this festival in Florida, but it wasn’t my fault. That was scary. I was literally in handcuffs, and then my bandmates convinced the cops to let me go.

DT: This is your first time playing at Coachella. What are you expecting and what do you hope the experience will be like?

TF: The quality of music is high. I’m expecting to see good shows. I hear it’s very clean out there so I’m interested to see what that means. I hope that things go really well the first weekend so that more people come to our show the second weekend. That would make me really happy.

DT: That’s a good way to look at it. You have a week in between your performances. How will your first performance differ from your second?

TF: I think the second weekend we’re going to perform as holograms. So there are going to be hologram versions of us, so that will be pretty cool. That’s a pretty big surprise so you probably shouldn’t tell people. It’s all going to be computer-generated. That’s pretty in right now.

DT: In all seriousness, is there anything special you and the band want to do?

TF: We haven’t really talked about it, but I think it all depends on the first festival. We’ll play it by ear because we’ve never done it. So we’ll feel out the vibes, lick our finger and put it in the air and make some decisions. The first week will probably go horribly wrong and then we’ll change the set.

DT: Festivals have a different energy. Is this a situation where you go in knowing you’re going to have a good time?

TF: We try not to take things too seriously, but yeah, I think we plan on having fun, partying, wilding out. It’s three days, twice, and there’s a lot to do and see at night. I hear California plays to having fun. We’re definitely hoping we have the time to hang out and do the whole experience both times.

DT: You guys have had transportation problems with your van. How was your trip up?

DT: Do you have any pre-show or after-show rituals?

TF: Pre-show, we drink a lot and then after-show, we yell at each other.

We just put out a new record called Distraction, it came out in February and we’re playing a lot of songs from that that we haven’t played for all that many people so it’s going to be a very, very, very special occasion.