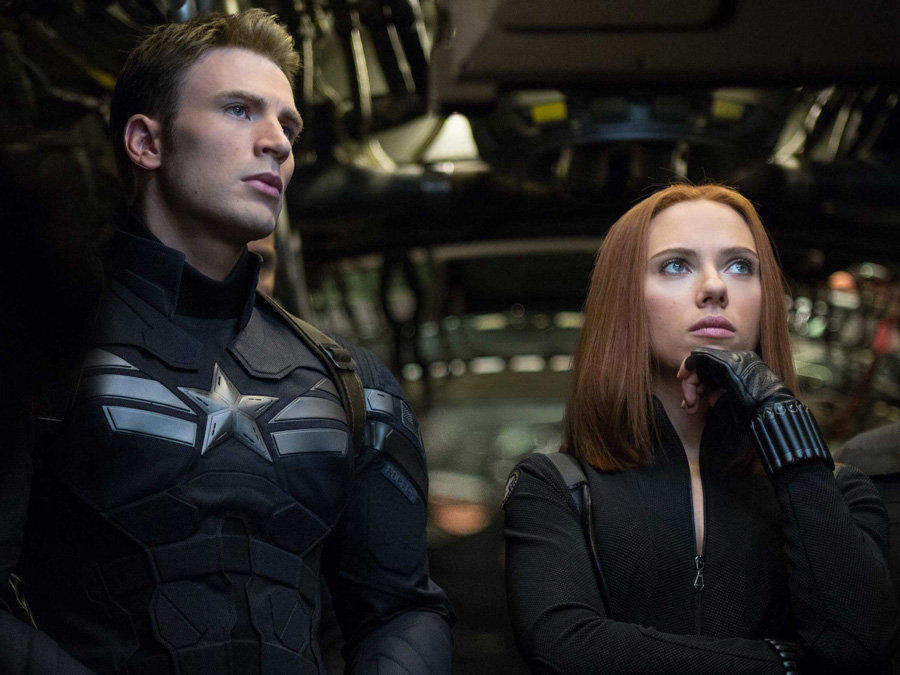 Thanks to becoming the unexpected top choice for families, Captain America: The Winter Soldier was able to repeat at No. 1 with $41.27M in a close victory over the animated sequel Rio 2, which still managed $39.33M. The South American avian comedy actually had the lead going into Saturday and Sunday but Captain 2’s Saturday boost turned it into a weekend warrior. It had a marginally better drop than the other comparable Marvel Studios films (56.6 percent compared to Thor: The Dark World’s 57.3 percent and Iron Man 3’s 58.4 percent) and it currently stands at a great $158.88M, which is nearly as much as the first Captain America ($176.7M). Internationally it’s already eclipsed the first movie with $476.58M to date. This can only bode well for the third Captain America, which is due to challenge Batman Vs. Superman on May 6, 2016.

That being said, Blue Sky Studios and 20th Century Fox should still be happy with Rio 2’s opening weekend. The film, which takes the characters out of Rio de Janeiro and puts them in the Amazon jungle, opened nearly on par with the first Rio, which opened to $39.2M and finished with $143.6M in 2011.

While the first film did well for itself, it wasn’t what you would consider a runaway success. Where it truly shined was internationally, finishing with $484.6M and becoming one of the most successful films ever in South America. The sequel is doing well so far and will likely play well throughout the summer due to the World Cup being in Brazil this year — localized films in host nations almost always find success.

The sequel seemed to be more of the same, introducing even more color and more avian characters.  Animated sequels are generally tricky, but families seemed to have flocked to the film in similar numbers and it’ll be the primary option for families going forward, as the next animated movie won’t be released for another two months.

In third place was Oculus, which opened with a decent $12M opening, at least compared to its $5M budget. Picked up in 2013 by Jason Blum, the producer behind Paranormal Activity and Insidious, the horror-thriller wasn’t able to break out like other horror films, although it’s not too far off from the first Insidious, which opened to $13.27M in 2011.

Though it received generally good reviews, it has also received audience backlash against the provocative ending. With competition from The Quiet Ones in two weeks, Oculus should run its course quickly.

The third wide release of the weekend, Draft Day, mustered up a mild $9.78M opening. Starring Kevin Costner as the new manager of the Cleveland Browns, the Lionsgate film had unprecedented access to NFL facilities, headquarters, even being able to film in one of the draft “war-rooms,” and effectively had an official NFL seal of approval.

While film is topical because of the imminent NFL draft and the Cleveland Browns’ current managerial mess, it didn’t seem to have the same level of drama or prestige as films such as Moneyball, which was based on a true story, unlike Draft Day. Original stories are generally difficult to make exciting in sports movies and, although the inside look at the process behind drafting is intriguing, it’s just not the same as the real thing.

This also sadly marks the second disappointment for Kevin Costner this year, after 3 Days to Kill’s week opening weekend of $12.24M. Sports films are one of Kevin Costner’s go-to genres, having starred in Field of Dreams, Bull Durham and Tin Cup but this one just wasn’t able to score the touchdown.

The Faces of Greek Life

A letter from the editors
Scroll to top