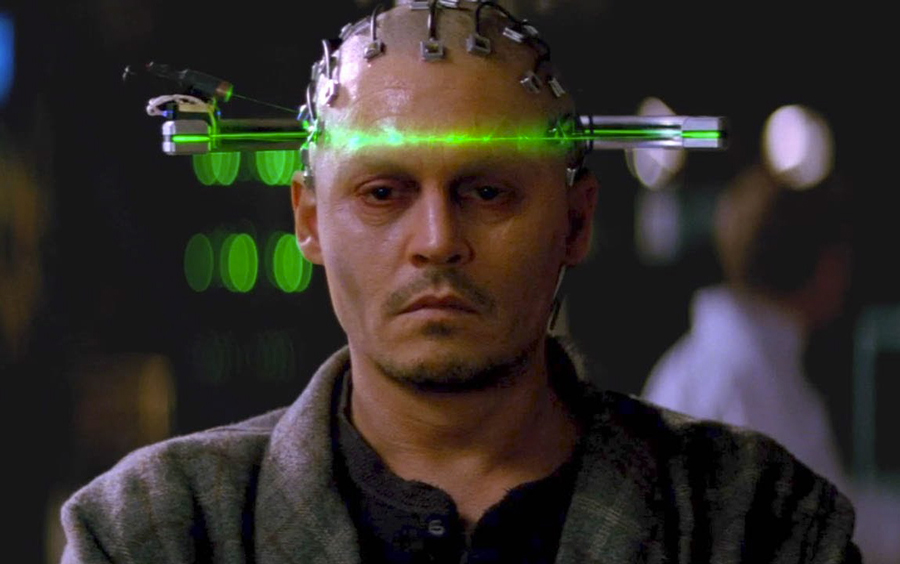 Will there ever come a day when being human is a personal choice? Ghost in the machine · In Wally Pfister’s newest release Transcendence, Dr. Will Caster, played by Johnny Depp, discovers a way to upload his conscious mind into a computer that will carry on his work after he succumbs to an assassin’s radiation-laced bullet. – Photo courtesy of Warner Bros. Pictures

In just a few short decades, the advent of digital technology has fundamentally altered the way we think, feel and interact with the world around us. Social media has connected us in ways that range from the wondrous to the unnerving. The online frontier has rewritten our laws — attempts to curtail online piracy have proven about as effective as the War on Drugs — and demolished cultural and geographic barriers with indelicate haste. We’re all global citizens now, baptized in a sea of infinite data — some of it useful, most of it prurient and superfluous.

As a society, we have proven ourselves more than willing to sacrifice our privacy for the ability to indulge any and every whim at the click of a mouse. But how much farther can we go? How much farther should we go?

The movement isn’t confined to the digital world, either. The fields of genetics, neuroscience, robotics and nanotechnology have also reported exponential advances in the last ten years. Many scientists believe humanity’s march of progress is actually a collision course with an event known as the singularity, a hypothetical point in time where a manmade artificial intelligence will surpass the combined cognitive abilities of the entire human race, resulting in a future dominated by immortal, omnipotent beings that will be essentially indistinguishable from gods. Wally Pfister’s twisty techno-thriller Transcendence envisions such a future while providing viewers with the marginal comfort that our future overlords will bear an uncanny resemblance to everyone’s favorite scruffy eccentric: Johnny Depp.

Transcendence centers around Dr. Will Caster, played by Depp, a renowned A.I. researcher who believes that humanity is destined to take responsibility for its own evolution. Along with his equally brilliant wife Evelyn (Rebecca Hall from Iron Man 3) and his best friend and fellow scientist Max (Paul Bettany), Will — who seems very loosely based on real-life futurist Ray Kurzweil — is on the cusp of creating a sentient machine that can absorb the collective intelligence of our entire species while wielding the full spectrum of human emotion. Will’s controversial experiments have made him the target of numerous humanity-first extremist groups, and after an assassination attempt leaves him dying from radiation poisoning, he instructs Evelyn and Max to upload his conscious mind into his creation so he can experience “transcendence” for himself.

The procedure appears successful at first, but it wouldn’t be a Hollywood sci-fi movie without a few nasty complications. For starters, the new Will Caster doesn’t appear to share the original’s humanitarian sensibilities. In fact, the program’s primary goal seems to be the ruthless, relentless acquisition of knowledge, which it gathers at a frightening rate after Evelyn unwisely allows it access to the Internet. As the thing calling itself Will becomes increasingly megalomaniacal in its demands and objectives, Evelyn finds herself faced with a heartbreaking decision. Should she upload herself and embrace the inevitability of a post-human reality or force-quit the final vestige of the man she loves?

Transcendence marks the directorial debut of Pfister, the Oscar-winning cinematographer who has worked with Christopher Nolan on all of his films with the exceptions of 1998’s post-film school effort Following and the upcoming wormhole odyssey Interstellar. Their connection likely accounts for the pedigree of the movie’s supporting cast, including Nolan regulars Morgan Freeman as a fellow A.I. researcher named Tagger and Irish actor Cillian Murphy as Buchanan, the intrepid FBI agent assigned to track down Will’s murderers. Kate Mara, late of Netflix’s House of Cards and Josh Trank’s reportedly troubled Fantastic Four reboot, also appears as a beautiful but dangerous member of R.I.F.T., short for Revolutionary Independence From Technology, an anti-tech protest group who might have had a hand in plotting the assassination.

Newcomer Jack Paglen wrote the film’s script, which first gained the attention of Pfister and Nolan after it was featured in the 2012 survey of “The Black List,” a list of popular but unproduced screenplays published annually by development executive Franklin Leonard. The powers that be are evidently pleased with Paglen’s work, because the young scribe has already been tapped to write the sequel to Ridley Scott’s Prometheus, still tentatively titled Paradise, as well as a proposed follow-up to Blade Runner. The concept behind Transcendence isn’t exactly original; in fact it borrows rather liberally from everything from the Matrix and Terminator movies to an old episode of Batman Beyond called “Lost Soul” that dealt directly with the idea of mind-to-machine migration as a method of conquering death, but that doesn’t mean the film won’t prove popular, especially given Depp’s involvement and an opening weekend where the only major competing release will be the abysmal-looking horror comedy A Haunted House 2.

Another reason to support Transcendence is the fact that it represents Pfister and Nolan’s latest effort to advocate for the superiority of film stock over the cheap, murky digital cinematography favored by the vast majority of their industry peers: You see, the signs of the singularity are everywhere! Only a handful of movies are shot on film anymore, but the difference is often striking, particularly when viewed on IMAX screens. So at the risk of sounding like a Luddite (or an undercover R.I.F.T. operative), go see Transcendence and rage against the machine one more time before we merge with it forever.