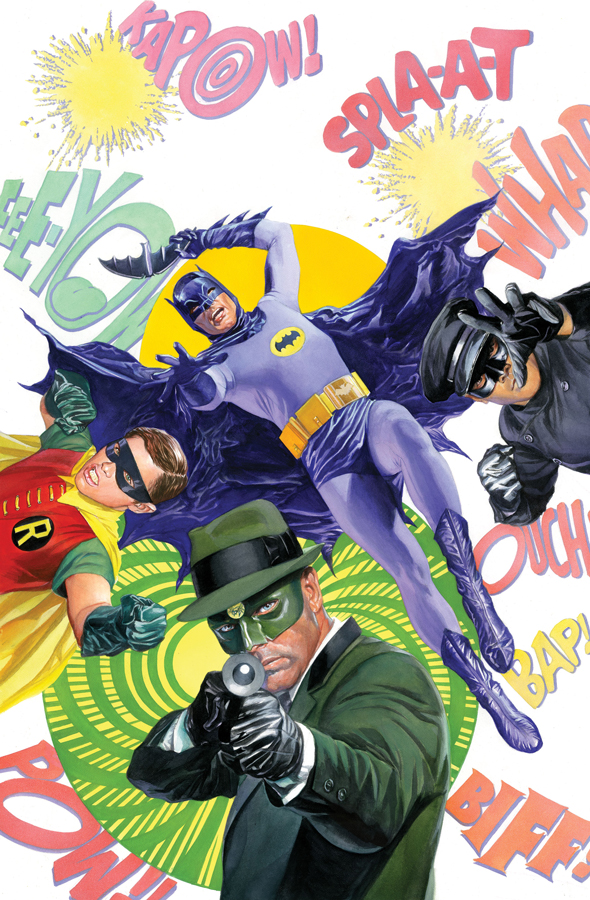 WonderCon Anaheim presented by Comic-Con International started off with a bang over Easter weekend, zipping through three full days of sneak-peek entertainment and finally rolling to a quiet ending. For more than 20 years, WonderCon has consistently brought in pop culture fans from all over the country to meet other fans, show off wonderfully self-made costumes and try for a chance to see their favorite stars in person. Known as the smaller offshoot of the popular Comic-Con International: San Diego comic book convention, WonderCon originated in the San Francisco Bay Area in 1987 and later moved to Anaheim, Calif. in 2012. WonderCon chose to move to the Anaheim Convention Center because of construction at the Moscone Center, WonderCon’s previous venue. And even though the construction is finished, it is unknown if WonderCon will ever move back to the Bay Area.

For a casual fan, WonderCon can be overwhelming. Con-goers often rely on other fans to tell them where lines are set up, and even experienced fans grow weary of asking security where the next panel is located. Despite the holiday weekend, this year’s convention saw full panels, a crowded exhibition hall and artist alley and large gatherings of cosplayers.

This year, WonderCon sold out of both three-day tickets and Saturday-only tickets. But did the hype live up to its expectations? The sheer conglomerate volume  of fans on the exhibition floor speaks for itself. Even hours before the convention doors opened, lines of people zigzagged up and down the halls. Fans young and old lined up around the clock for a chance to get merchandise signed by famous talents of Bob’s Burgers to the cast of Once Upon a Time.

Some of the convention’s most coveted events included a preview of the upcoming Godzilla movie, a preview of Lucy, directed by Luc Besson, and a Batman’s 75th anniversary panel. Unfortunately, all three events were running on Saturday, leaving disappointed con-goers to choose just one due to the long lines. The constant overlapping of popular events, the disorganization of autograph lines and the lack of seating rules within the panels all highlight WonderCon’s underdeveloped potential. If organization and scheduling were better managed to accommodate more than 40,000 people, WonderCon could be as successful as its more famous predecessor. Until WonderCon learns to adjust to its rapidly growing attendance rate, Comic-Con will continue to overshadow WonderCon as the better convention.

Despite the variety of interesting costumes from Doctor Who, Marvel, DC Comics, miscellaneous anime series and other popular series, Game of Thrones decimated the competition as the most cohesive fan base with the biggest cosplay presence. Given the recently premiered “Purple Wedding” as well as the exponentially growing fanbase, it’s no surprise that the HBO series would take the Iron Throne of popularity. Throngs of Daenerys Targaryens and Arya Starks posed for pictures in the Exhibits Hall. Believe it or not, there was a cosplayer for every possible Daenerys costume, from her Khaleesi outfit to a complete nude-toned bodysuit reminiscent of the birth of her dragons. Surprisingly, there was a distinct lack of Stark family members aside from Arya, but they were probably all having a joyous family retreat at Disneyland across the street.

This year, one of the most surprising aspects of WonderCon was the immense presence and support of big-name female characters and artists. Natasha Allegri, the woman behind Adventure Time characters “Fionna and Cake,” saw hundreds of fans of her webtoon series “Bee and PuppyCat,” an animated show targeted toward an older audience. Even though it only has two episodes on the Cartoon Hangover YouTube channel, the show has created a strong, diverse fanbase attracted to the new genre of female heroines who subvert social stereotypes and stigmas. Also, the popularity of Batgirl writer Gail Simone left the other speakers with big shoes to fill. Not even artist and DC Comics co-publisher Jim Lee with the combined force of Kevin Conroy, the voice of Batman from Batman: The Animated Series, could bring in the same amount of support that Simone received on Friday at her authograph signing. Hopefully the visible popularity of female creative minds will change the pattern of the current male-dominated comic and animation industries.

Though the popularity of WonderCon and its sister convention, Comic-Con, continue to grow, there are still few opportunities for geeks to come out and find others who share similar interests. From its roots, WonderCon has expanded into a venue for Hollywood to promote upcoming box office titles. But the question of if the slew of pop culture conventions such as WonderCon and Comikaze will be able to rid geek culture of its social stigma in the long term still exists.

Visibility is the only way to mitigate the stigma and normalize the view of pop culture as not just a hobby but also a respectable line of work. There’s nothing intrinsically more mature about a live-action series  compared to an animated series. It may not be trendy to wear a superhero shirt when the movies aren’t in theaters, but there’s no reason why someone shouldn’t embrace geek culture. As Grant Morrison’s Batman once said, “Sometimes it’s only madness that makes us what we are.”

Spring game was just for show

Rapper hopes to gain fame with comedy
Scroll to top