Swipes for the Homeless plans for future 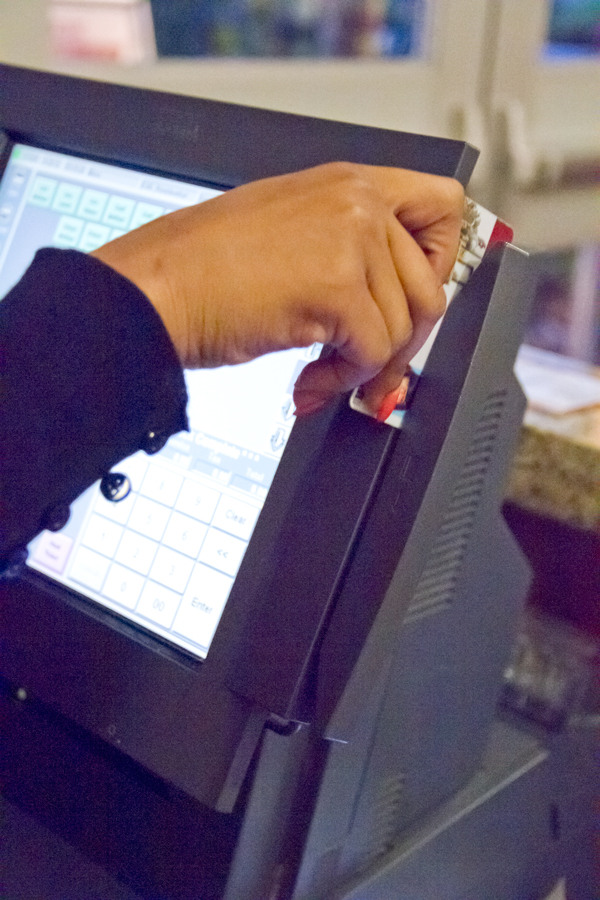 The USC chapter of the Swipes for the Homeless charitable organization is collaborating with the incoming Undergraduate Student Government president to display its name on the USC meal plan web page by the next academic school year. Just swipe it · The Swipes for the Homeless Program has been in effect for two years and had nearly 215 students pledge to its cause last semester. – Photo Illustration by Austin Vogel | Daily Trojan

With this development, the incoming freshman class, as well as any other student who signs up for a meal plan, would have the option of donating any of his or her remaining balance on their dining dollars to USC Swipes for the Homeless at the beginning of the year.

The chapter works hand-in-hand with USC Hospitality, which converts each student’s account into food for those who pledged to donate. The food then gets donated to the Los Angeles Mission. Last semester, the chapter raised over $20,000 in donations, courtesy of about 215 USC students who pledged to donate to the cause.

It has been two years since the organization debuted on campus, and since then, it has been busy establishing itself within USC culture.

“I think [Swipes for the Homeless] is a great program, and I am excited that this is gaining traction because I remember a couple years ago it was getting off its feet,” said Madi Swayne, a junior majoring in environmental studies. “I’d really like this to be incorporated in the meal plans and be an option that you choose in the beginning instead at the end.”

The President of the USC Swipes for the Homeless Lauren O’Neil was honored last December by the Jenzabar Foundation in Cincinnati, Ohio, where she accepted a $5,000 grant and a student leadership award.

Kate Kulaga, the external director of marketing for the USC chapter, has also played an integral role within the organization and noted that giving back is one of her favorite pastimes.

“Helping people, it’s just one of those things that makes me smile…it gets me through,” she said. “I love volunteering. I have confidence that when we do something it will turn out well. I like to help people and know what we do will be effective.”

The chapter has also paired with HungerGrad, a phone application that informs users of different restaurants nearby with deals and discounts. President O’Neil said that for this week, HungerGrad will donate 25 cents to USC Swipes For The Homeless for every order.

Many students around campus believe that USC Swipes for the Homeless is beneficial for the USC community and support and encourage participation from their peers.

“It is another way for USC to further integrate itself with the surrounding community,” Swayne said. “I know that students that go to the school really like to give back, and this is a way for them to give back in a meaningful way.”

Amelia Moura, a junior majoring in environmental studies, said this program allows students to give back to the surrounding community in an easy way.

“The school has already received money for the food it’s supposed to serve and if the students don’t use that all up, I think that leftover food supply should be donated to those who can’t afford their own meals,” Moura said. “Students can give back to the community without having to go anywhere.”

Lucile Condolora, a sophomore majoring in theatre, said that members of the USC community are especially fortunate and should try to give back when possible.

“I think it is absolutely wonderful,” Condolora said. “We are so blessed already as a community and as Trojans. It would be simply irresponsible to not support Swipes knowing that your money could go towards greater good.”

In the future, O’Neil hopes to create more volunteer-focused activities, such as trips to Skid Row or volunteering at the missions.

“Both of us are involved in so many diverse organizations that probably have nothing to do with our intended majors, but we do it because of that feeling you get when no matter what is going on in your day, you are still making a difference,” O’Neil said. “Even if you are reaching out and helping one person, that is one person you are supporting.”

The last day to donate dining dollars is May 2 at 5p.m.

Do you believe in magic?

Ceremony held to remember the Holocaust
Scroll to top