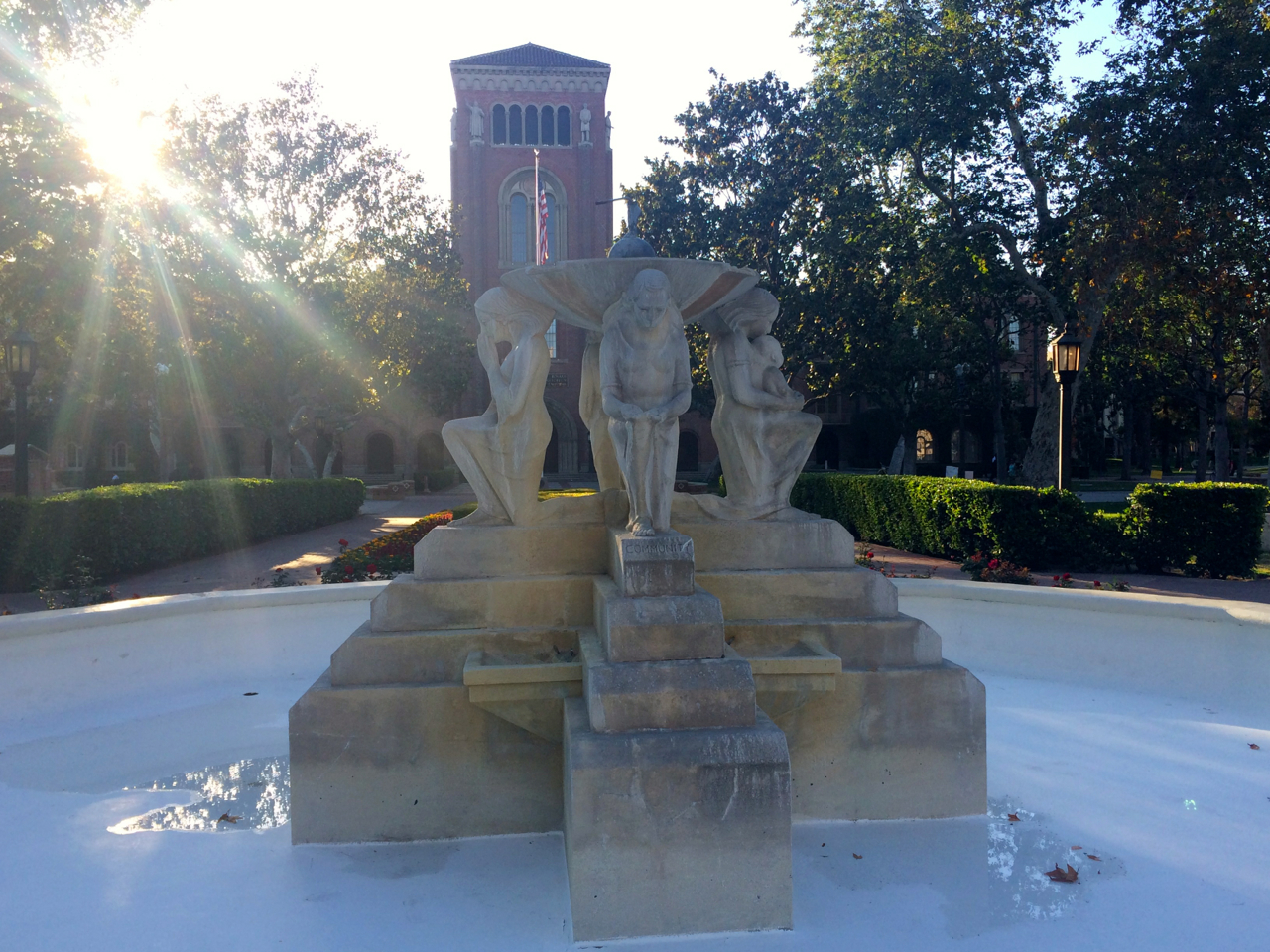 USC incurred extensive property damage and multiple students were transported for injuries and intoxication as a result of the annual senior fountain run, which took place Thursday night. “Youth Triumphant,” a fountain located at the center of Alumni Park to the west of Doheny Memorial Library, suffered the most damage. The fountain features a solid bronze statue of a youth situated on top of a globe that was torn off by students during the fountain run.

The fountain run, which takes place on the Thursday of the last week of classes, is an annual tradition in which USC undergraduate seniors attempt to run to all of the University Park campus’s 30 fountains.

The property damage and injuries that occurred during the run came in spite of protective measures implemented by the Department of Public Safety in conjunction with the university. These measures included wrapping the fountains in specialized fencing to protect students from injury.

“A number of the fountains had some protective fencing that didn’t necessarily fence off the entire fountain, but the upper bowls or ones that had art work or apparatus that could lead to cuts,” said DPS Deputy Chief David Carlisle. “Over the course of the evening, [students] tore down most of the fencing and caused significant damage to the fountain in the center of Alumni Park.”

The tearing down of the protective fences on nearly all of the protected fountains led to students being transported for lacerations and other injuries. Carlisle was unable to provide the precise number of students transported due to injury and intoxication. According to ATVN, Carlisle said approximately 2,000 students attended last year’s run.

“Youth Triumphant” was created by Frederick William Schweigardt in 1933 and donated to the university by Robert Carman-Ryles and his wife in memory of USC alumnus Edward L. Prentiss in 1935. In addition to the bronze statue, the fountain also has four “modest maidens,” symbolizing home, community, school and church. The fountain was last restored in October 2002.

Kate Guarino contributed to this report.