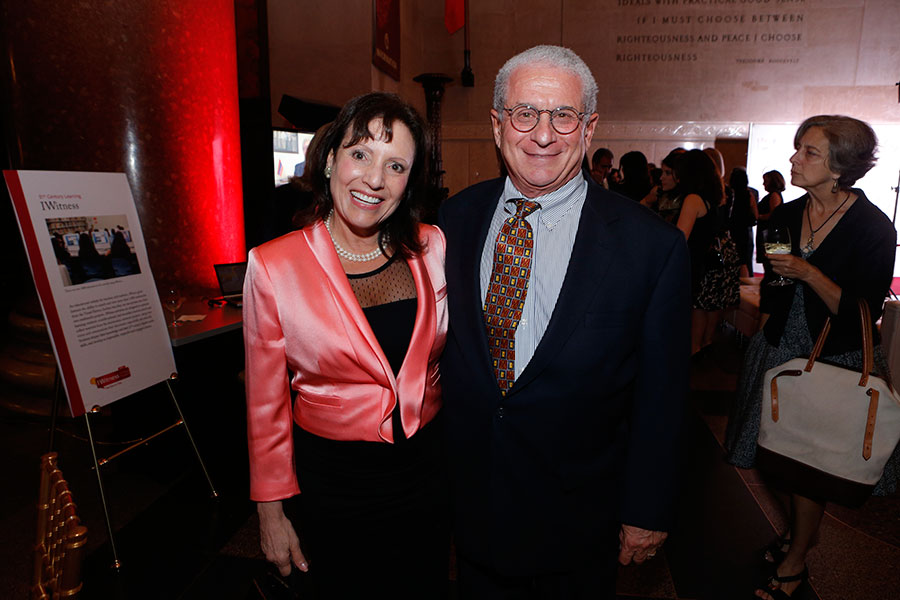 The Shoah Foundation Center for Advanced Genocide Studies has named Jared McBride, Ph.D, the recipient of the Margee and Douglas Greenberg Research Fellowship. Douglas Greenberg, the grant’s donor, served as the executive director of the Shoah Foundation for eight years until 2008. He was director during the institute’s move onto the USC campus. His wife Margee, a coordinator at the Office of Disability Services at Rutgers University, was a volunteer at the institute during her husband’s tenure.

Greenberg said that the archives at the Shoah Foundation are so comprehensive and hold such value that emerging scholars in the field of genocide research should use them. Greenberg said that he and his wife had hoped that one day they could make a contribution to the institute.

“We were happy to be in a position where we could do something and contribute to the institute,” Greenberg said. “We knew we wanted it to go towards scholarship and research, a place where we could make a difference.”

A committee of researchers and professors at USC examined and interviewed several candidates for the Greenberg fellowship and selected McBride.

McBride is a recent graduate of the history department at the University of California, Los Angeles. McBride focused his doctoral dissertation on the mass genocide of Nazi-occupied Volhynia, Ukraine. Next January, the fellowship will allow McBride to spend one week at the Shoah Foundation and use their extensive genocide video collection. He will also give a lecture on Jan. 15 on the USC campus about his research.

“Any sort of funding or research to work with the Shoah collection is extremely important — it is a massive collection that should be more utilized,” McBride said.

During his doctoral program, McBride served as an expert consultant on war crimes investigations for the United States Department of Justice. McBride will be a visiting assistant professor for the history department at Columbia University in 2015.

McBride emphasized that the Shoah foundation’s archives are so extensive that young scholars who are working on genocide research can use them in conjunction with the resources that are being utilized in Europe.

“It’s a huge honor to get to be the first person to be awarded this fellowship,” McBride said. “The fellowship gives me extra ability to take some time and integrate the testimony into my work.”

The Greenberg fellowship is the first addition to the Center for Advanced Genocide Research. The Center, which was founded by filmmaker Steven Spielberg in April 2014, focuses on interdisciplinary studies organized to analyze genocide and systematic mass violence on an international scale.

Shoah Foundation Coordinator of External Relations Rob Kuznia explained that the Visual History Archive of the institute, along with the extensive collection of primary sources at Doheny Memorial Library, will provide the research fellow with important sources to further his research.

“The Center uniquely positions USC as being the only world-renowned private research institution with substantial original material from the Holocaust and other genocides,” Kuznia wrote in an email to the Daily Trojan.