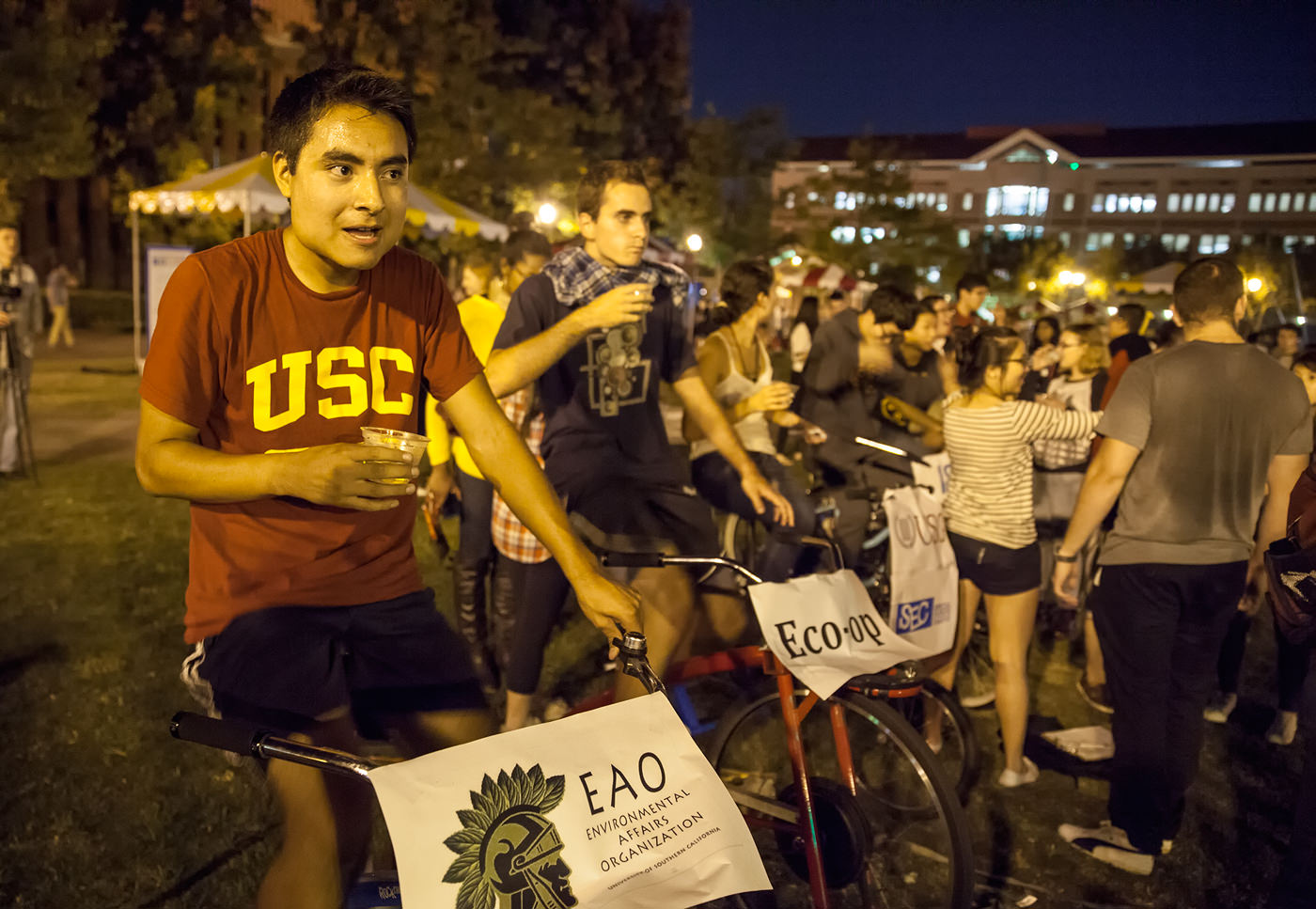 Program Board held the university’s homecoming carnival and rally Thursday night on McCarthy Quad. The celebratory rally presented an opportunity for USC students and faculty to showcase their Trojan pride in anticipation of the homecoming football game Saturday against Colorado. In the past, USC has held homecoming events that focused on students in Greek life such as the annual float-building contest. This year, Program Board implemented significant changes in the layout of the homecoming event by enhancing student and faculty participation.

Shawn Rhoads, the executive director of the Environmental Student Assembly, spoke about ESA’s efforts to involve more students in homecoming.

“Our vision was that we wanted homecoming to be a lot more inclusive to the entire USC community — to reach out to everyone, so that way the entire Trojan family could be a part of homecoming this year,” Rhoads said.

Over the summer, ESA envisioned a plan to host a large event in which USC students and faculty could come together to represent their diverse interests. ESA followed up on this proposition and presented ideas to Campus Activities to plan an all-inclusive event for all of the committees and assemblies under Program Board. Once the proposition was approved, each of the 14 committees and assemblies began to plan activities unique to their group’s interests.

Ama Amoafo-Yeboah, executive director of Program Board, shed light on the importance of integrating students.

“I think it’s really important because all of the organizations within program board represent something different,” Amoafo-Yeboah said. “I think it just shows how diverse the Trojan family is, and this is an opportunity for everyone to come together and that is what I think the purpose of homecoming is — people are able to come back and see what has evolved at USC.”

The Environmental Student Assembly’s “Rock the Bike” activity showcased sustainable energy. Members from various organizations powered the stage for performances from DJ Cl!ff’s and Blu_Noise’s by riding the stationary bikes attached to the stage.

“Rock the Bike,” a nonprofit environmental advocacy group based near San Francisco, strives to make a lasting impact on the current climate crisis. In order to promote bike culture, ESA and “Rock the Bike” enlisted sponsors within each USC committee and assembly to ride stationary bikes at the event in order to generate the electricity needed to power the stage.

Mohammed Al-Ghazal, a second-year graduate student studying petroleum engineering and one of the winners of the eating contest, shared his experience at the rally.

“It feels amazing to be a part of USC events, especially those that are related to the Trojan spirit such as the football homecoming rally,” Al-Ghazal said.  “The contest itself was very entertaining, there was a lot of competition. Being among my friends, classmates and colleagues makes it even more interesting.”