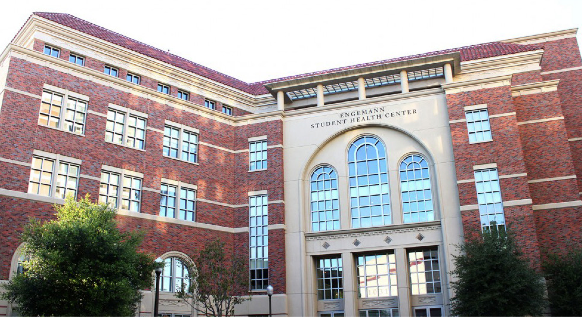 “[The statement] added onto the harm our students are already feeling because of Dr. Kelly,” Gross said. “We thought it was important to write a response to model for our administration what it should look like to honestly and caringly [respond] to our students.”

The letter, which was also posted on the group’s website, comes in response to a statement sent to the USC community Aug. 9, stating that the University offered free counseling services for current and former health center patients through USC or a third-party service. In the statement, the University said it would communicate as much as possible to the USC community while the lawsuit is pending.

Ariela Gross, a law professor who leads the Concerned Faculty of USC, said they wanted to see a more “compassionate” response from the University, rather than a list of resources and discussion of legal matters.

In a joint statement to the Daily Trojan, Graddy and Van Orman wrote that the letter was meant to respond quickly to the BuzzFeed News article and inform students of the processes the Engemann Student Health Center and USC have to report issues, provide feedback and seek support through counseling services.

“We strive to be compassionate and supportive to all members of our USC community … In no way do we want any member of our community to feel compromised or mistreated,” they wrote in the statement.

The BuzzFeed News article found that at least three alleged victims who complained to the University never heard back from USC. In a separate statement to the Daily Trojan last week, USC called the allegations of unanswered complaints “misleading.”

“USC followed up on the handful of complaints it received,” the statement read. “Nearly every allegation in the lawsuit was anonymous, which makes it difficult to conduct an investigation.”

Once the article came out, Undergraduate Student Government president Trenton Stone reached out to administrators, USG members and students and encouraged the University to send a status update to the community about the situation and available resources.

“I was happy to see a published response, given there had not been one since early in the 2019 spring semester,” Stone wrote in an email to the Daily Trojan. “I can understand the sentiment from the Concerned Faculty of USC response letter. Regardless of anything, the safety of students should be paramount to any other objective and, in moving forward, this should be true across all departments [at] USC, including the student health center.”

Stone said USG will implement its own reforms, including a bystander training initiative started in Spring 2019, a task force on sexual assault and free weekly legal counseling appointments.

Concerned Faculty of USC, which consists of about 350 faculty members, also published a report detailing potential reforms to the student health center last week based on interviews it conducted with health center officials and students.

Gross said there have been some reforms since a Los Angeles Times investigation revealed former campus gynecologist George Tyndall’s decades of alleged sexual abuse, including hiring a team of female gynecologists.

Still, the group also recommended an expanded mental health staff and a 24-hour crisis center for students, among other reforms. As more information is revealed about Kelly and the students who say their claims were ignored, Gross expects the group will find more changes that should come about.

Concerned Faculty of USC also continues pushing for a faculty-led group to investigate and review issues on campus rather than law firms, so that more information is shared with the community. The group stated that it would also like the University to release internal investigations on Tyndall and former Keck School of Medicine Dean Carmen Puliafito, who left the University following years of illicit drug use while on the job.

“We need an investigation that brings to light to the public what happened, who’s being held accountable, what changes are being made, and that has to involve the faculty, students and staff,” Gross said. “That can’t be something that just happens secretly between a lawyer and some members of the Board of Trustees.”

Passing game stands out at Fall Showcase
Scroll to top