Why you should be wary of nice guys 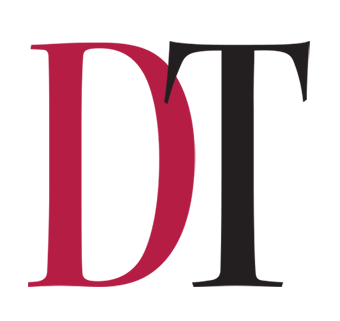 “Will you marry me?”

In a sequence in “Dazed and Confused,” incoming freshmen girls are hazed by rising seniors, forced to objectify themselves and pretend to offer up their newly-christened womanhood to sleazy, problematic men.

When a young girl unwittingly falls into the lewd trap, where a senior asks her if she spits or swallows, she walks away dejected. The senior chuckles — it’s only a joke, right? — and his friend shakes his head and tells him it’s degrading and terrible. But he does so between laughs, sociologically confirming the fact that the senior probably shouldn’t have done that, but it’s not like it’s a big deal.

The nature of the so-called “nice guy,” the apex of allyship, is a sham. If you’ve ever claimed you weren’t like all men, distanced yourself from the uncomfortable yet necessary pushback against male hegemony, thought that “anything” could now constitute as sexual harassment or laughed off your bro’s lighthearted rape-culture-encouraging joke (because, hey, it’s not like you say that kind of stuff) — this applies to you. You are also the problem.

There is a distinction to be made here: Nice guys, who are polite and seemingly conscientious, are not always good men. The typical male ally stands with and for women — that is, until there aren’t any women around. In laid-back settings, when he’s only surrounded by other men, this self-identifying ally isn’t actually an ally at all, passively encouraging misogynistic behavior and language by remaining silent.

Jennifer Brown, a renowned diversity consultant, states that allyship occurs on a spectrum, ranging from men who are apathetic (clueless about gender issues) to those who are aware (having some knowledge on issues but not actively trying to solve them) to active (those who are well-informed and willing to have uncomfortable conversations) to advocate (who actually work to advance women’s rights).

The reality is that most men fall into the former categories, proclaiming themselves feminists on the surface yet failing to contribute to or engage in honest, oftentimes uneasy, conversations about privilege — a direct result of indoctrination into the cult of hypermasculinity.

Men who stand up for women in the workplace are perceived by both men and women as more submissive, less competent and, through their allyship with women, more feminine, according to a study published by the American Psychological Association. And while most men say they care about gender parity and are working to uplift women, a national survey conducted by Promundo, an organization that promotes gender equality, reveals otherwise. Although 48% of men surveyed said they have become more aware of sexism in the workplace in the past year, approximately  60% of women and men agreed that it’s rare to see men speak out against it.

This gap in allyship is incredibly harmful, actively undermining hard-fought achievements toward gender equity. When men give into toxic masculinity — into bro culture — they not only dehumanize themselves through facades of emotional detachment and nonchalance but they also encourage a world where linguistic violence toward women flourishes. As language then influences normative values, shaping sociological interactions, so then is actual violence toward women accepted.

From a sociological standpoint, people — especially young people — desire a sense of belonging to and acceptance from a community. Within male friend groups, masculinity acts as a toxic constraint on all the choices men make, even those that have seemingly nothing to do with gender. Loyalty is crucial, and this friendship is sealed by an adherence to misogyny, rejection of feminine behavior and passive participation in sexism — if not overt aggressive behavior.

The “What happens in Vegas, stays in Vegas” mentality, the clear delineation between what can be said in public versus the locker room (and the fraternity house, military barracks, Wall Street business meetings, among other male-dominated environments) still governs male interactions, dictating what they can or can’t say.

When it comes to oppression, marginalized groups are never given the space to advocate for themselves, never mind the fact that the burden of educating others out of their ignorance should not lie solely on their shoulders. Women have tried, time and time again, to make themselves heard, push themselves into spaces where they are unwanted, all the while meticulously performing gender expression gymnastics to avoid being called bitches.

It is absolutely vital that men begin educating other men.

Willfully engaging in dialogue about how you and your friends are a part of the problem is uncomfortable and takes a level of self-awareness and poise most men don’t have. It means losing friends (ones you probably shouldn’t want in the first place, though), and it means being feminized — something our culture views as the worst thing you can be.

Growing into the woman I am today
Scroll to top