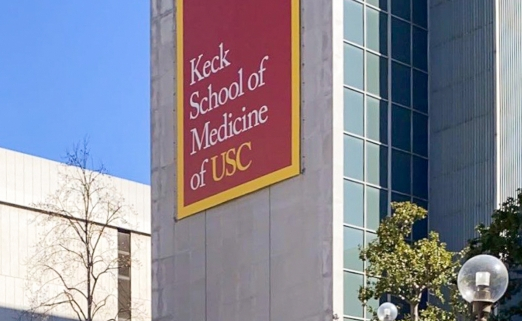 Senior Vice President and Chief Executive Officer of Keck Medicine Thomas Jackiewicz is leaving USC May 31 to assume the role of president of the University of Chicago Medical Center and Chief Operating Officer of the UChicago Medicine health system, President Carol Folt announced in an email to faculty and staff Thursday.

Jackiewicz had served in his position at Keck since 2012, during which Keck tripled its revenue to more than $2 billion. Jackiewicz and Keck integrated the USC Verdugo Hills Hospital into the school’s network and also set up more than 60 clinics across Southern California and Nevada.

“Tom is widely recognized for building strong and collaborative partnerships with the Keck School of Medicine, and for overseeing a clinical operation that has proven to be skilled, caring and agile, as well as for effectively creating a team culture across our campuses,” the email read.

Folt also praised Jackiewicz and Keck for the school’s efforts during the coronavirus pandemic, commending Keck’s front-line workers for assisting in the school’s recovery efforts. She highlighted Keck Hospital and USC Norris Cancer Hospital’s standing on the US News and World Report’s Honor Roll, where the former ranked No. 16 nationally.

“Rod has earned the respect and admiration of his colleagues and under his leadership, Keck Medicine will continue to thrive and grow,” the email read. “Our community and our patients depend on the professionalism and excellence that our medical enterprise has come to embody. This incredible team will continue to meet and exceed the challenges ahead.”

Folt said Hanners and Jackiewicz will work together over the course of the next month to facilitate the transition.

“Tom is always quick to credit his team — pointing out that the key to our success lies in the strength of our doctors, nurses and staff,” the email read. “We will all miss him and are grateful that his leadership will live on in the amazing group of medical professionals he brought to our ranks.”