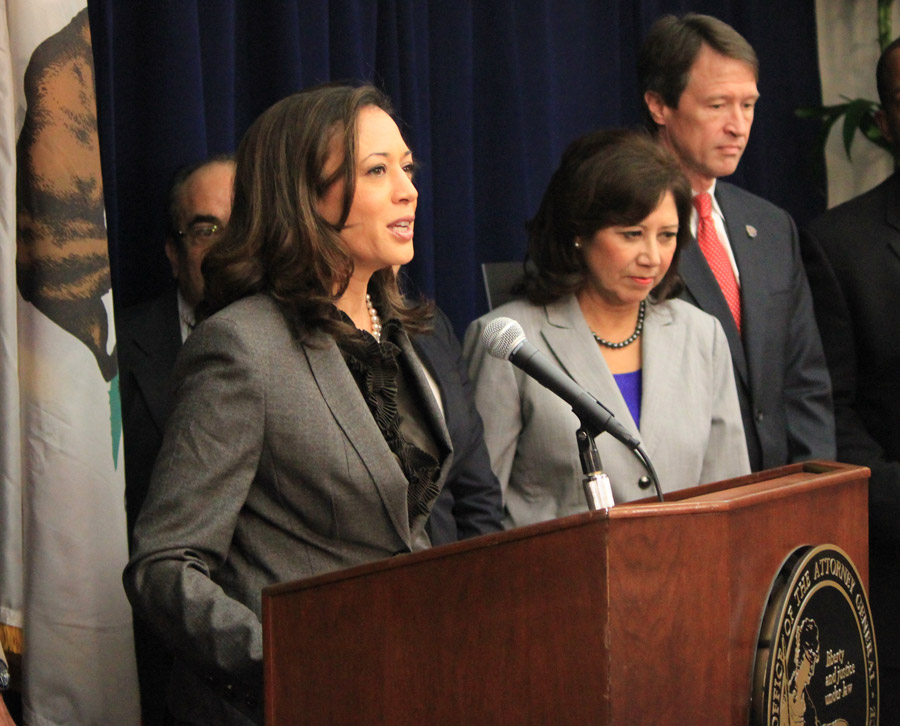 Representation and the expansion of Black history matter profoundly, especially amid the current social climate. In 2020, the injustices carried out against and the killings of Black people have proliferated in the mainstream media. The overwhelming nature of so much coverage of an unjust system that has systematically oppressed Black people can be numbing. Despite these dark moments, though, Black people had something to cheer about: There was a moment of victory amid protests and strikes while Black people watched from their homes, cars and jobs as Sen. Kamala Harris delivered her vice-presidential nomination acceptance speech.

Sen. Harris gave an eloquent speech, offering a brief autobiography and describing how, as a young girl, she always hoped this moment would come. Yet, she expressed, she understood the obstacles ahead that would seek to systematically prevent her from ever standing at that podium. She now writes herself in the Black history books by becoming the first Black female vice-presidential candidate on a major party ticket.

In saying that, one cannot ignore or dismiss some of her questionable practices in the early stages of her career, such as her 27 years as a prosecutor, during which she enforced laws that sent countless members of the Black community to prison and neglected to prosecute killer cops. This will be one of the primary reasons she may not gain additional votes for the presidential candidate, former Vice President Joe Biden.

That being said, it is still a matter of celebration that her representation gives other young Black children the ability to dream big. Her placement on the Democratic ticket breathes further excellence for Black people, as she is an alumna of a historically Black university, Howard University in Washington, D.C.

Throughout the years, people have been extremely critical of HBCU education; some have even gone so far as to accuse them of not providing a credible or reliable education. All it takes is a quick look to the history of HBCUs to see that these claims are baseless and that there have been many notable professionals that have come from a historically Black college education, including  Chadwick Boseman, Oprah Winfrey, Common and Spike Lee, to name just a few.

Sen. Harris not only promotes the higher learning of an HBCU, but also the continued efforts of Black fraternities and sororities that have historically been at the  front and center of activism, as she is a member of the first Black sorority, Alpha Kappa Alpha Sorority Inc.  Her membership makes Sen. Harris a part of the Divine Nine, a predominantly Black Greek letter organization that is encompassed into the National Pan-Hellenic Council. These Black Greek letter organizations birthed greatness in multiple professions, ranging from musicians, athletes, activists and business moguls. Some examples of former members are Martin Luther King Jr., Colin Kaepernick, Steve Harvey, Jerry Rice, Kendrick Dean, Maya Angelou, Aretha Franklin, Dionne Warwick and MC Lyte.

Founders and members of the Divine Nine have been at the forefront of history through their acts of voter registration, their increase of social and economic awareness for the community and their contribution to higher employment rates in areas that are economically disadvantaged. These organizations’ focus on community service and the advancement of Black women is paralleled in the practices that Sen. Harris preaches. The Divine Nine has historically looked to drive the development of women and men into purposeful lives and futures while fuelling the expansion of the social and economic status of Black Americans.

Sen. Harris has not been shy to let it be known that her education was from one of the most prominent HBCUs in the country, likely with the goal of encouraging other members of the HBCU community to support the Democratic ticket. That being said, she will not necessarily garner the same support from other student bodies, such as USC’s. Her unapologetic Blackness may offset some voters. For others, her questionable criminal justice policies are non-negligible red flags. On the far end of the spectrum, some may not be able to relate to Sen. Harris and what she represents as a Black woman.

However, that may be just the thing that this country needs — an uncomfortable face that challenges deeply-rooted, discriminatory ideologies of Black people. The achievements of a Black woman such as Sen. Harris will bring into question, as it already has, the racist thinking of those who feel people of color are inadequate to be anything more than the oppressed.

Black history lives on because of the many ancestors who refused to let their oppressors remain in the driver’s seat of their humanity. They understood that they were more than enslaved people. They were human beings that should be given the opportunity to be treated fairly and equally. Despite the evident strides that have been made in this country, there is still much work to be done. The same mindsets and teachings that kept Black people in bondage still permeate the nation and constantly remind the Black community that this country was never meant to protect or uplift their lives. In the face of this oppression, the history of exceptional Black people is powerful and growing.

All things considered, what matters most is the fact that young Black girls across the country watched Sen. Harris speak: Though they may not have understood then the importance of that moment, they saw someone that looked like them gearing up to lead the nation and such powerful representation will likely mark their lives forever. Black history continues to live on, with Sen. Harris adding another chapter to the book.

Live class time should be devoted to office hours and collaborative assignm...

The Beat Lives On: Music is the voice and soul of a generation
Scroll to top