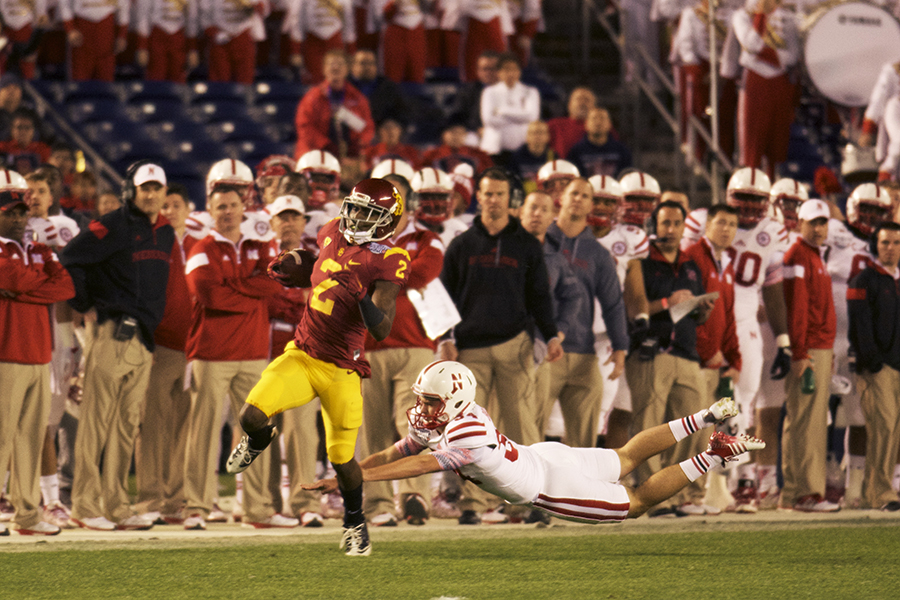 Adoree’ Jackson may play both offense and defense on the field, but his versatility stretches well beyond football.

The USC sophomore standout will pursue a spot in the upcoming 2016 Olympics as a long jumper.

As a result, Jackson has been excused from spring practice by head coach Clay Helton in order to focus on track and field.

“I’ve always believed if you’re going to be a master at something, you’ve got to work at it — and don’t be a jack of all trades,” Helton told the Los Angeles Times. “When you get the opportunity to go work for the Olympics, you need to go work at that.”

Jackson managed to attend both spring football and track practices as a freshman, when he won the Pac-12 Conference long-jump title. But for now, his sole focus will be on preparing for the U.S. Olympic trials held July 1-10 next year in Eugene, Oregon.

“If it was up to me — where my heart is — I would want to go out there,” Jackson said to the Los Angeles Times. “I’ll just see what’s best overall for me and for the team.”

In addition, Jackson revealed that he will relinquish his duties on offense and play only on the defensive side of the ball moving forward.

Jackson has started at cornerback the last two seasons for the Trojans, but has been used occasionally on offense as a wide receiver. During the 2015 season, Jackson recorded 31 tackles and an interception on defense and 382 receiving yards on 24 receptions on offense.

He will, however, continue to serve as a kick returner. Jackson averaged 22.9 yards on kick returns and 10.9 yards on punt returns in 2015.

Jackson’s absence from spring practice means he will have to catch up on learning a new system with USC still looking to fill its vacant defensive coordinator position.

Home is where your dorm is