NSA reforms must do more to prevent abuses 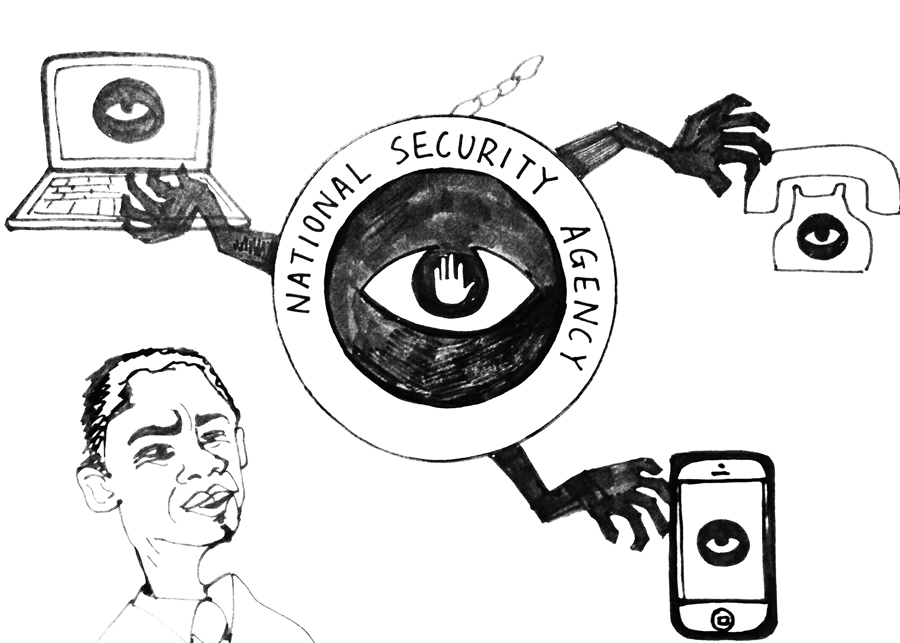 When former U.S. President Jimmy Carter exchanges private correspondence, he goes to the post office. In an interview with Meet the Press, the 89-year-old statesman said it isn’t because he can’t use email, but because he is afraid his communications will be read by the National Security Agency. The admission by a former leader of the free world is an eyebrow-raiser. Two weeks ago, I wrote about how the complaint alleged by Sen. Dianne Feinstein (D-Calif.) that the CIA had snooped on staffers lacked credibility because Congress, especially Feinstein, continued to support various NSA programs that spy on millions of Americans. Apparently, Congress agreed.

In a near complete reversal this week, leaders from both parties proposed overhauls to the way the NSA does business, as the deadline to reauthorize existing NSA programs is set to expire on Friday. A CNN article quoted a senior administration official who said President Barack Obama will seek a temporary extension that will expire upon the passage of Congressional reform legislation.

The reports also come on the heels of President Obama’s call in January to scale back the way the NSA does business, after former security contractor and NSA leaker Edward Snowden released a plethora of documents last year that revealed the extent of post-Sept. 11 surveillance.

If the reform passes, it will demonstrate just how effective Snowden was in getting the government to pay attention to itself — for all the accusations, the information Snowden provided in the Hong Kong Mira Hotel to The Guardian and The Washington Post is finally having an impact. This victory, however, will be more symbolic than substantive — the particulars of both plans make mere dents in an apparatus that has been constructed for almost a century. The New York Review of Books described the establishment of the first Black Chamber in 1920, built in downtown New York City to monitor telegrams both leaving and entering the country.

Ninety-four years later, what do both plans actually do?

CNN reported that the first plan, proposed by the White House, seeks to eliminate government control of “metadata,” which are records of the times and phone numbers involved in phone calls, but not the body of the calls themselves. The CNN article also quoted a senior administration official who said the plan “still ensures that the government has access to the information it needs.”

They realized they couldn’t complain about CIA oversight of the Senate without shedding light on their own practices.

Along the same lines, the House version of NSA reform, proposed by Mike Rogers (R-MI), and Dutch Ruppersberger (R-MD) limits the currently automatic collection of such metadata by requiring court approval for the program as a whole and for the specific phone numbers in question.

Would a system like this actually work? It’s been done before, and the results were a sham — the Foreign Intelligence Surveillance Act, set up in 1978 to constrain government spying with judicial approval, created the Foreign Intelligence Surveillance Court to administer such warrants. What most people do know is that the Bush administration’s warrantless wiretapping program after 9/11 effaced any Constitutional protections that FISC established.

What most people don’t know is that between 1978 and 2001, there were 34,000 applications brought before the FISA court. Only 11 were rejected. There is no indication this won’t happen again, under the guise of judicial protection.

But what if we forget, for a moment, that the court would likely rubberstamp thousands of requests to tap phones? Even then, serious doubts remain. A Washington Post article summarized an NSA internal audit (leaked by Snowden) that found that between April 2011 and March 2012, rules or court orders for conducting sanctions were violated 2,776 times — or seven times every day. What Snowden revealed was that though the FISA rules required the government to receive FISA court permission to place Americans on target lists, they were able to bypass those regulations by just replacing names with phone numbers and email addresses.

The reforms are a step in the right direction, but broader institutional concerns mean a deep cleanse is necessary. Consider just two words from the testimony of James Clapper, director of National Intelligence, which took place before the Senate Select Intelligence Committee on March 12, 2013, just two months before Snowden’s devastating revelations. The question asked was from Senator Ron Wyden (D-Ore.): “What I wanted to see is if you could give me a yes or no answer to the question, ‘Does the NSA collect any type of data at all on millions or hundreds of millions of Americans?’ ”

If I were Jimmy Carter, I would still use the mail, too.

Nathaniel Haas is a sophomore majoring in economics and political science. His column, “State of the Union,” runs Thursdays.