Schools must be prepared for threats regardless of weapon 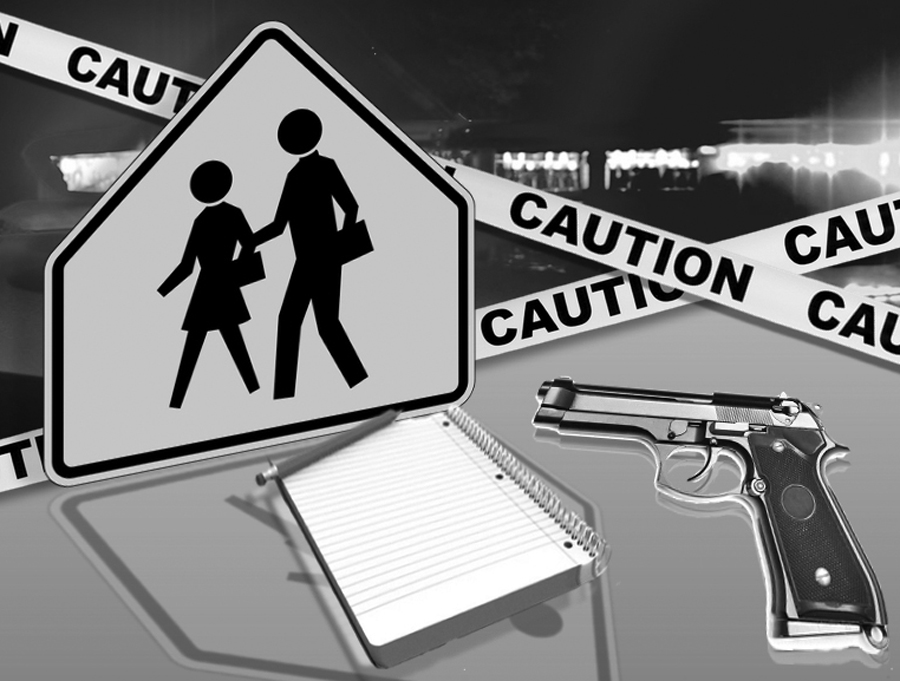 No gunshots pierced the air, but the gory scene on Wednesday at Franklin Regional Senior High School in Murrysville, Pa. catapulted the already contentious subject of gun reform back into debate. Twenty-one students and a security official were wounded by 16-year-old Alex Hribal, who went on a stabbing spree with two kitchen knives until he was finally tackled by the assistant principal, according to Reuters. Though this violent episode might spark talk of arming school officials or the banning of knives, the focus should be on preparing school officials for any weapon because, in the hands of a unstable killer, anything is lethal. Though gun control does minimize the range of weapons that potential killers can get a hold of, there are so many other things that could do just as much damage — knives especially. Yes, bullets kill with more accuracy, precision and speed, but knives can be just as lethal. Though there were no fatalities in the Murrysville case, the Los Angeles Times reported that at least four students were critically wounded. Dr. Louis Alarcon of the University of Pittsburgh Medical Center told Reuters he operated on a 17-year-old who had knife wounds through his liver, diaphragm and major blood vessels.

Recent news in China regarding stabbing rampages also attest to the logic of comparing knives to guns, though only one of these is expressly designed to end life. On the same day Adam Lanza opened fire at Sandy Hook Elementary School and killed 26 individuals in December 2012, a 36-year-old man in the Chinese village of Chenpeng stabbed 22 elementary school children and an elderly woman, according to U.S. News. On March 1 in Kunming, China, a group wielding large knives killed 29 people and injured 130. More than 70 remained hospitalized — and this is from a country that has stricter gun control policies than the United States.

Limiting the availability of guns will prevent deaths and incidents to a small degree, but when there is a will to kill, people will go to any length and use any weapon to follow through on their objective.

It’s not the weapon that should be the focus, but rather the preparedness of school officials to protect students and staff from any instance of violence. School security was ramped up against guns nationwide in the wake of Sandy Hook, but no one expected a stabbing rampage. The unexpected is always dangerous, and it seems reasonable not to target what weapons to look out for, but to concentrate more on the strategies to prepare for them.

The motivation behind the stabbing and shooting rampages in recent years has been mental instability. There are so many factors at play here — parenting, violence in the media, depression, bullying — and there isn’t a universal method to combat this.

Instead of touting an impractical solution in picking out mentally unstable cases, the first and best line of defense is to be practical and to react well even if it’s difficult to pinpoint and prevent situations rooted in mental instability.

This doesn’t mean arming teachers with guns, but rather having a school that can react quickly and prevent deaths. As the president of the National School Safety and Security Services, Ken Trump told U.S. News, “The first and best line of defense is always a well-trained, highly-alert staff and student body.” According to Reuters, student Nate Scimio pulled the fire alarm to alert students and helped shield his classmates. In situations like these, more students like Scimio would definitely help combat stabbing — even shooting — rampages in the future. To truly address the heart of the problem, practical strategies are needed.