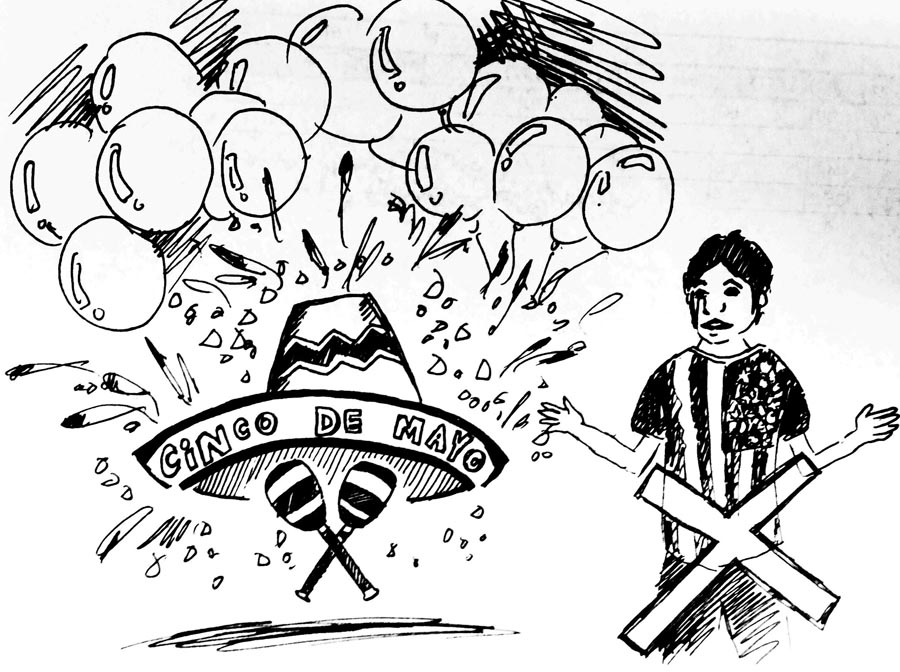 As someone who just finished her teenage years, I can attest to the fact that I, along with the majority of teenagers, often use clothes to make a statement. The same is true of a handful of northern California students who wore U.S.  flag shirts to school to make a statement in 2010 on Cinco de Mayo, according to the Los Angeles Times. After school administrators ordered the students to turn their shirts inside-out, however, the students’ statement spread nationwide and sparked a debate on constitutional rights in school and the limitations on conversation between students of different backgrounds. On Feb. 27, a federal court upheld an earlier court decision that school administrators did not violate the students’ rights when they asked them to turn their shirts inside-out or go home, according to Fox News. Yet the court’s confirmation does not adequately address and touch upon the most pressing problems of the students’ statement and the situation as a whole.

Because the group of Live Oak High School students wore shirts with the country’s flag on Cinco de Mayo, administrators believed it would lead to controversy. They claimed that because there was a history of racial tension between white and Latino students in the school — particularly on Cinco de Mayo — there was also a strong possibility that Latino students would perceive the wearing of the American flag as an insult. Therefore, the teachers argued that they were not stifling the students’ right to free speech, but instead securing their safety.

Public schools are instruments of states. For this reason, public schools are an opportunity to bring students of diverse and disparate backgrounds together to learn, listen and communicate with one another. Because it brings together young minds that are still developing and learning the ways of the world, it is an ideal space to expose those budding citizens to all camps of thought and personalities. Therefore, when school administrators asked students to remove or hide the flag on their T-shirts, it went against one of the basic tenets of education: conversation on diversity.

Federal courts have dealt with the issue of students’ rights to freedom of speech many times in the past 50 years. Court rulings such as Tinker v. Des Moines in 1969, in which students were told to remove black armbands protesting the Vietnam War, and Morse v. Frederick in 2007, during which a student revealed a sign during a school-sanctioned event that promoted illegal drug use, have shown that in some instances students are afforded the right to express their opinions and in others they are barred from doing so due to overarching school policies. Though the judge’s ruling on the incident at Live Oak High School said the administrators’ need to protect the safety of students outweighed the students’ freedom of expression, the officials’ responsibility to facilitate meaningful conversation surrounding the racial tension and patriotism should have also been a top priority.

In high school, communication between students is key. Particularly in our ever-evolving melting pot of a country, forcing people to hide their statements will not continue to move the country forward. Instead, open dialogue — even if it is contentious and controversial — is critical to bringing everyone’s point of view to the surface.

By allowing everyone to express their beliefs and thoughts, school administrators can encourage students to continue maturing into responsible citizens who are able to connect with all people. At the end of the day, that is the ultimate result we can ask to come out of our public school system.