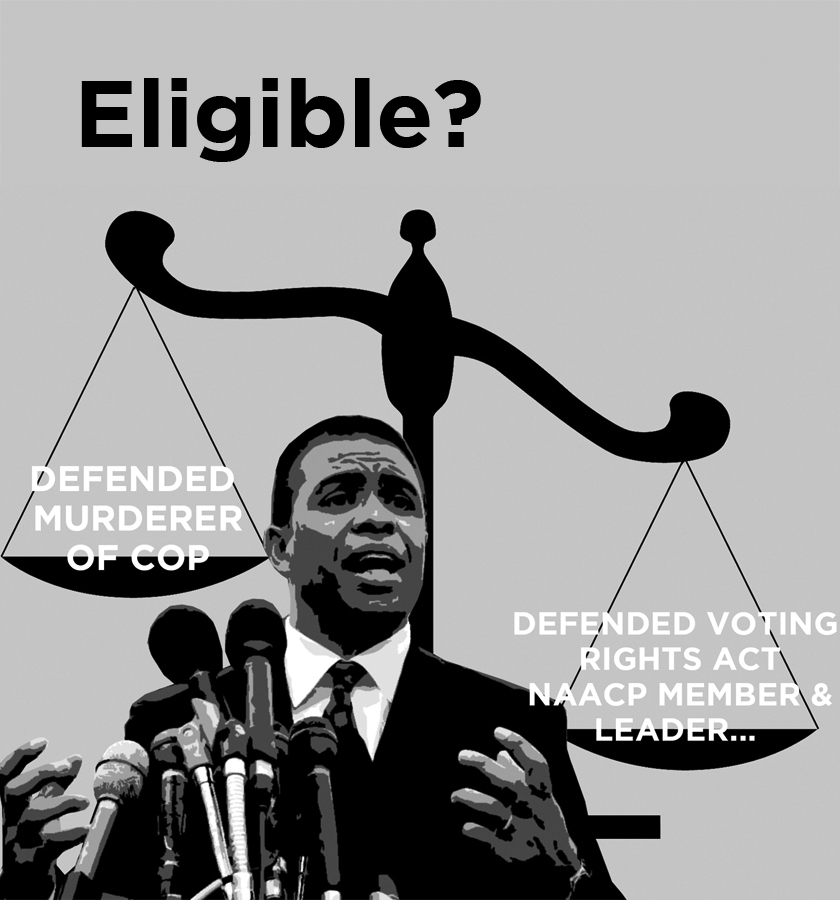 According to every Republican, as well as seven politically weak Democrats in the Senate, defending an African American man from the death penalty is enough to disqualify someone from leading the civil rights division of the United States Justice Department. Yesterday, the Senate voted 52 to 47 to prevent moving to a final vote on President Barack Obama’s nomination of civil rights attorney Debo Adegbile. Blocking Adegbile’s nomination has serious implications for the discussion of civil rights in this country and is a gross slap in the face to the ideals the United States was founded on. Adegbile is one of the most well-respected civil rights attorneys in the country. In 2008, the lawyer argued before the Supreme Court in defense of the 1965 Voting Rights Act. Adegbile also helped defend the law in 2013 when the Supreme Court voided key portions of the landmark legislation in the controversial Shelby County v. Holder.

The Senate’s decision follows controversy stemming from Adegbile’s work on the death penalty appeal of Mumia Abu-Jamal, who was convicted of murdering police officer Daniel Faulkner in 1981 and sentenced to death. In 2006, the NAACP’s Legal Defense and Educational Fund, for which Adegbile was an associate director, agreed to become Abu-Jamal’s counsel of record and to appeal his death sentence on the grounds that the sentencing jury received improper instructions. In 2008 and 2011, the federal court of appeals found the LDF’s claim valid, and Abu-Jamal’s sentence was reduced to life in prison.

In a letter addressed to President Obama, Chuck Canterbury, the president of the Fraternal Order of Police, has called the nomination a “thumb in the eye of our nation’s law enforcement officers.” Though Officer Faulkner’s name doesn’t appear on a single legal document filed on behalf of Abu-Jamal by the LDF, according to the NAACP, the FOP wants to have its cake and eat it too. The LDF, of which Adegbile was acting president and director before he left to become a senior counsel for United States Senate Committee on the Judiciary, has represented hundreds of police officers and other first responders on matters of equal employment opportunities to ensure they aren’t fired for race-based or other discriminatory reasons. Vigorously defending anyone who we give our police the power to lock up is not a thumb in their eye — it is a sign of respect that bestows legitimacy to democracy.

The arguments get scarier. Though expected, Fox News’ host Greg Gutfeld’s description of Adegbile as a “cop killer’s coddler” is frightening. It’s even more frightening when that same thinking is echoed by the minority leader of the Senate, albeit in more politically correct terms.

“Everyone deserves a fair trial and a zealous legal defense,” said Mitch McConnell, minority leader of the Senate in a speech to the floor. “And lawyers aren’t personally responsible for the actions of their clients. But lawyers are responsible for their own actions. In this case, the nominee inserted his office in an effort to turn reality on its head, condemn honorable and selfless law enforcement officers and glorify an unrepentant cop-killer.”

The facts are enough to debunk the claim that Adegbile’s legal work centered on appealing the conviction of Abu-Jamal: nothing Adegbile did or wrote for the case disputed the fact that Abu-Jamal was convicted of murder. McConnell’s assertion that Abu-Jamal remains unrepentant is a red herring, but this line of thinking and the defense of Adegbile that it inspires (that he didn’t defend Abu-Jamal) begs a certain question — does it matter? The answer is a resounding no. Debo Adegbile could have conducted the opening statement, closing argument and cross-examination of every witness in that 1981 Philadelphia Courtroom on Abu-Jamal’s behalf and Congress still should have voted 100-0 to confirm him.

McConnell’s statement is a huge contradiction. If everyone deserves a zealous defense, why are the lawyers that do so turning reality on its head and glorifying those who they represent? The reality that McConnell prefers to live in appears to be one in which the circumstances of your crime determine the legal defense you receive, and that sounds more like the reality of the colonial United States — where dissenters were shipped to England for a trial — than it does the reality of present day.

So why did McConnell vote to confirm Supreme Court Chief Justice John Roberts in 2005? Roberts assisted in the defense of John Errol Ferguson, who was convicted of killing eight people and was subsequently executed last year. Would McConnell’s vote have been different if one of Ferguson’s victims had been a police officer?

One only needs to look at the United States Constitution, namely the Sixth Amendment.

“In all criminal prosecutions, the accused shall enjoy the right to a speedy and public trial, by an impartial jury of the State and district wherein the crime shall have been committed, which district shall have been previously ascertained by law, and to be informed of the nature and cause of the accusation; to be confronted with the witnesses against him; to have compulsory process for obtaining witnesses in his favor, and to have the Assistance of Counsel for his defence,” it reads.

Because Abu-Jamal faced the death penalty, here’s the 14th Amendment as well.

“No State shall make or enforce any law which shall abridge the privileges or immunities of citizens of the United States; nor shall any State deprive any person of life, liberty, or property, without due process of law; nor deny to any person within its jurisdiction the equal protection of the laws,” it reads.

In reality, the poor excuses for arguments advanced by people like McConnell could be political cover for advancing an agenda that includes voter discrimination. For some lawmakers, Adegbile could be a threat to the previously mentioned Shelby decision, which invalidated the 1965 Voting Rights Act provision that outlined certain states and districts for special scrutiny of their redistricting provisions.

Whatever the reason for blocking Adegbile, the fight is not over. Senate Majority Leader Harry Reid, who favors confirming Adegbile, changed his vote to “no” for procedural reasons that will allow him to bring the nomination up for a vote again. For now, it is time for another serious conversation about civil rights in this country: Adegbile’s history of defending voting rights, combined with the shockingly skewed statistics involving minorities and death penalty cases, put the debate over his confirmation in an uncomfortable column. For 52 Senators, Adegbile’s past legal work makes him look out of place in the government’s white neighborhood — something George Zimmerman thought about Trayvon Martin before he pulled a trigger and started an explosive conversation about racism in the legal system. If the Senate wants to move that conversation forward, instead of setting it back, they’ll vote again to confirm Debo Adegbile, because the Constitution protects civil rights for all of us, not some of us.

Debo Adegbile did his job. The 52 Senators who voted to block him should do theirs.

Nathaniel Haas is a sophomore majoring in economics and political science. His column, “State of the Union,” runs Thursdays.

Society must seek to understand Sikh community
Scroll to top